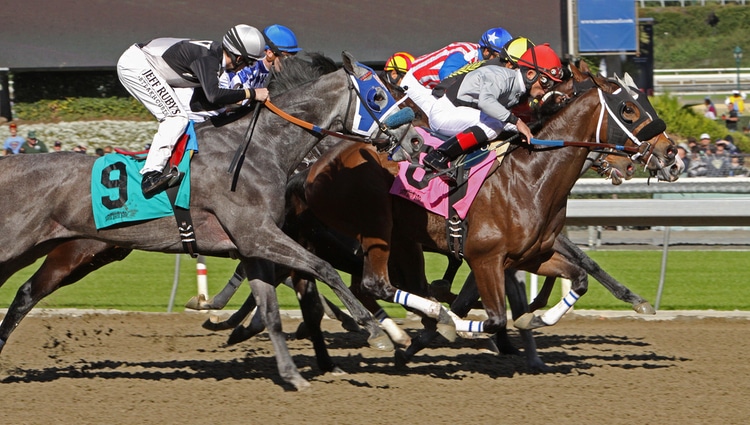 Arlington Park President Tony Petrillo did not make a commitment to “spectatorless” racing at his track during last Friday’s Illinois Racing Board meeting, adding another layer of intrigue to the 2020 horse racing season in the Land of Lincoln ahead of Friday’s potential Phase 3 re-opening of the state.

Petrillo reiterated that he has not given up on live racing this summer in response to a question from Commissioner Benjamin Reyes in April’s meeting about “pulling the plug” on the schedule. But Petrillo also pointed out that without the “OTB (off-track betting) network up and fully operational, spectatorless racing at this juncture is not possible.”

He added that Arlington’s costs are “twice that of Hawthorne’s thoroughbred cost structure and almost four times higher than Suburban Downs’ harness and Fairmount’s (thoroughbred) cost structure.” Petrillo noted there was a conference call Thursday with multiple levels of Illinois public health departments and that the track’s plans and protocols were submitted to Governor J.B. Pritzker’s office under the conditions of with-spectator racing, which would be permissible with social distancing protocols under Phase 4 of Illinois’ re-opening process.

Illinois horse tracks and casinos have been shut down since mid-March, just days after sports betting went live at Rivers Casino and the Argosy at Alton. The coronavirus has shuttered sports, sportsbooks and casinos across the country, and Illinois retail casinos remain closed. The state’s racetracks eventually will be able to host retail and mobile sports betting, and at least one national digital sports betting operator is eyeing a racetrack as a way to get into the market. But re-opening amid the COVID-19 crisis is the first step.

Hawthorne’s director of publicity, Jim Miller, said his track has been in constant communication with the governor’s office as well as the state’s Department of Agriculture, which oversees horse racing in Illinois. Miller said Hawthorne submitted its plans to the governor’s office in late April and has housed horses and residents (track workers and their families) on its backstretch since March 15, when the pandemic shuttered tracks across the state.

Because Illinois doesn’t want Hawthorne back. They want them to die off as well as horse racing in the state in general.

There is no/one state (Massachusetts maybe a case to be worse) besides Illinois that has politically killed horse racing to the level they have. https://t.co/vu1FtJ5mBO

Miller also said that “at no time have we ever been given any inkling to say that we would have to wait until Phase 4 for a return to racing.” He added that Hawthorne has been following protocols in a bid to be ready to re-open for Phase 3 and was confident the track could re-start quickly to “get these horsemen back on the racetrack, back racing, and back with an opportunity to earn a living.”

Petrillo, and by extension Arlington Park, have come under scrutiny from both the Illinois Thoroughbred Horsemen’s Association and Hawthorne in recent meetings. Arlington and the ITHA remain in a protracted contract dispute for the upcoming season, and there were some tense exchanges between Petrillo and Hawthorne President Jim Carey during last month’s meeting when discussing possible formation of a working group to address the uncertainties caused by the pandemic.

On Friday it was the IRB’s turn. Commissioner Thomas McCauley questioned Petrillo about why Arlington Park couldn’t host spectatorless racing considering that its owner, Churchill Downs Inc., currently has live racing in Kentucky. Petrillo said Kentucky is further along in the re-opening process than Illinois and that the state is providing CDI with some funding for COVID-19 protocols, but that is not the case in Illinois.

I bet Rivers Casino isn’t worried about when they are reopening. Just waiting for phase 4. Yep…

McCauley acknowledged the “indefiniteness with respect to COVID-19 and its impact on the hospitality business in Illinois and elsewhere,” but he also asked “why we can’t even get a probable opening day for spectatorless racing if, in fact, it is going to happen.

“Folks deserve whatever level of certainty they can get in these uncertain times,” the commissioner said, stressing he was not criticizing Petrillo and Arlington Park, “and I really think that you could do better in providing that.”

Petrillo said an opening date was “in the hands of the governor’s office” and that the Illinois Department of Health had submitted Arlington’s plans to Pritzker’s office. Petrillo also reiterated that none of the Illinois departments of health were able to offer a timeline for a potential start-up date.

McCauley prods AP to settle its dispute with the ITHA

McCauley and Petrillo moved on to discuss the ongoing contract dispute between the ITHA and Arlington Park, which largely has to do with purse sizes. The sides were supposed to reach an agreement by Jan. 1 as outlined in the gaming bill Pritzker signed into law last year when sports betting was legalized in Illinois.

McCauley shot down a position articulated by Arlington counsel Shawn Wood that there was an agreement in place by the “letter of the statute,” telling Wood and Petrillo it was not an actual agreement. McCauley is frustrated that Arlington Park and the ITHA have only a handful of points left to agree upon, but can’t seem to reach a compromise.

“I don’t see a justification for not coming to terms with respect to an agreement,” he said.