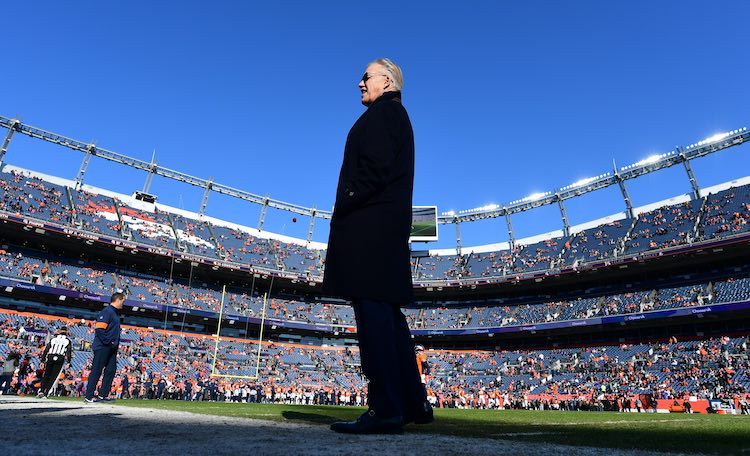 BetFred and FanDuel busy in Colorado

Betfred USA this week opened the first retail sportsbook in Colorado and announced a partnership with the Denver Broncos. The company says it has plans to open a sportsbook outside of Empower Field at Mile High Stadium. Betfred was actually the second operator to announce a deal with the Broncos this week. FanDuel became the first operator to forge and announce a partnership with the team, when it did so on Monday.

“We knew we needed to be aggressive upon entering the Colorado market with a Vegas-quality sportsbook and a sponsorship agreement with the Denver Broncos, one of the premier franchises in US sports,” Betfred USA COO Bryan Bennett said in a statement.

According to the Betfred press release, the company has plans for a sports betting lounge located outside of Mile High, where patrons can view live odds, watch games on TV, and get help with the Betfred mobile app, which the company plans to launch ahead of the 2020 NFL season.

Over the course of June, this appeared both a very unlikely and then likely turn of events after Gov. J.B. Pritzker issued an executive order suspending the requirement for patrons to register in person for an online account. The governor cited, of course, the need to change the playbook in response to disruptions caused by the COVID-19 pandemic. More on those developments here, and others involving Arlington Park here.

One more for Oregon

ROAR Digital on Thursday announced a partnership with Oregon’s Confederate Tribes of Grand Ronde to open a sportsbook at the tribes’ Spirit Mountain Casino later this year. It would be the second tribal sportsbook in Oregon. According to a press release from MGM, ROAR will open a retail sportsbook and offer an on-reservation mobile sports betting app with plans to expand the mobile offering statewide.

Oregon currently allows for statewide mobile sports betting exclusively via the Lottery’s ScoreBoard app, which is off to a rocky and controversial start in its first several months post-launch. The Chinook Winds Casino sportsbook became the first retail sportsbook in Oregon when it opened in August 2019.

“This joint venture between two of the gaming industry’s most recognizable brands will bring a world class sports betting offering to Oregon,” said Stan Dillon, General Manager, Spirit Mountain Casino. “We’re excited to launch this partnership with BetMGM, which will allow us to extend our established position as the Northwest’s premier entertainment destination.”

California punts to next week

California sports betting bill SCA 6 was scheduled for vote June 18 in the Senate Appropriations Committee, but it was taken off the agenda at the last minute, and pushed to next Tuesday’s agenda.

The bill is currently on the “suspense agenda” and could be voted on or die in committee, but all discussion and public testimony are complete. Tribal interests strongly oppose the bill, which would legalize statewide mobile sports betting, retail sports betting at bricks-and-mortar locations, and requires the use of “official league data.” The bill would also impose a 10% tax on tribal bricks-and-mortar sportsbooks and 15% on mobile/internet sports betting and retail locations at racetracks.

There are reportedly proposed amendments to the bill circulating among stakeholders, but they are not yet publicly available.

More of the most important stories, topics of the week

Major League Baseball and the New York Yankees have now filed a joint appeal to the U.S. Court of Appeals for the Second Circuit in the still-lingering Olson, et al. v. MLB, et al. case involving a claim by sports bettors vis-a-vis the sign-stealing scandal. Excerpt below: pic.twitter.com/xBdbb9R8h3

DIFFERENT TIMES: A day unlike any other for Belmont Stakes [Gaming Today]

TEE TO GREEN: In the sports betting void, golf’s profile is rising [US Bets]

In the world of sports

Breaking: a PGA player at the tournament has apparently tested positive for COVID-19.

BLINDERS ON: MLB owners and players are so busy yelling, they can’t hear their fans’ frustration [WashPo]

BOYS IN A BUBBLE?: Fauci recommends NFL plays live in a bubble. [CBS]