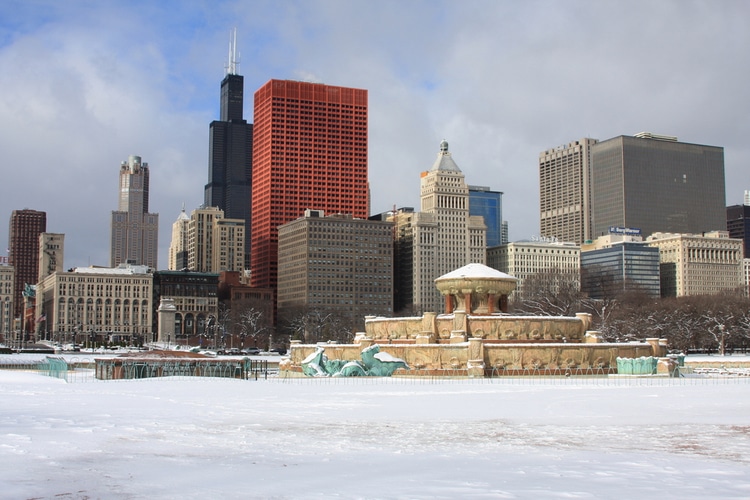 Despite lacking a retail sports betting presence, Illinois recorded a high in handle for the seventh straight month as the state’s gaming board reported more than $491.7 million wagered on events in December 2020.

The state’s seven casinos that offer sports betting plus Hawthorne Race Course — which also has retail wagering available — were closed throughout December due to the second wave of the COVID-19 pandemic. That shifted action to the five mobile operators across Illinois, and the result was a 9.4% increase in traditional handle from November’s mark of more than $449 million.

While the handle again set a new standard, operator revenues did not follow suit as bettors fared much better in December than November. The win rate plunged from 9.1% to 4.86%, which resulted in nearly $23.9 million in revenue after back-to-back months of reaping more than $41 million. Accordingly, tax receipts for the state dipped to almost $3.6 million following more than $6 million per month in October and November.

The final sports betting revenue report of 2020 also confirmed a new national record in handle for the third straight month as more than $3.77 billion was wagered in December. That was an increase of nearly 8.9% from November’s handle of more than $3.46 billion. Despite the pandemic, the expansion of sports betting from 13 states and legal jurisdictions to 19 over the course of 2020 contributed to more than $21.4 billion being wagered after the 2019 handle added up to slightly less than $13.1 billion.

Though DraftKings was the second to offer mobile wagering in Illinois behind BetRivers and launched nearly two months after the fellow Kambi platform user, it has emerged as the leader when it comes to handle. It accepted more than $193.7 million in bets in December, an increase of 16.6% from November when it paced the mobile quintet with $166.19 million.

FanDuel, which commenced operations three weeks after DraftKings in late August, grabbed the No. 2 spot from BetRivers in December with $143.1 million in handle, up 25.1% month over month. BetRivers still posted handle of nearly $110.6 million, but it was also a dip of 12.2% from the $125.95 million reported in November.

PointsBet and William Hill both posted double-digit percentage increases from November to round out the group of mobile operators. PointsBet was up more than 20% to nearly $31.9 million in accepted bets, while William Hill had the highest increase of any operator, surging 61.5% as bettors placed nearly $7.6 million in wagers compared to November’s total of $4.7 million. FanDuel, PointsBet, and William Hill all went live in September 2020.

While DraftKings took first in handle, FanDuel took honors in revenue among mobile operators, collecting just under $7.1 million. DraftKings edged out BetRivers for second by less than $100,000, claiming more than $6.9 million while BetRivers topped $6.8 million. The order of finish may have remained the same as November, but revenue was considerably less as the trio combined for more than $38 million that month.

PointsBet and William Hill, however, saw month-over-month increases in revenue. The Australian-based sportsbook climbed to more than $2.4 million in December from $2.1 million in November, while British-based William Hill clicked up to nearly $580,000 after earning $463,000 in November.

In a theme that repeats itself nationwide, the allure of hitting a multi-leg parlay for a big payday also continues to be a key source of revenue for operators. Illinois was no different in December as bettors placed nearly $89 million worth of such wagers, and operators collected more than $14 million in revenue with a win rate of 15.84%

Overall, parlays ranked third in handle as a category, trailing football with more than $200 million wagered and basketball at $143.5 million. Operators did collect nearly $6.2 million from football bets, but the win rate there was a far more modest 3.08%. It was similar for hoops, as a 3.17% win rate resulted in nearly $4.6 million in revenue for operators.

Soccer continued to be a favorite among Illinois bettors, ranking fourth in handle with nearly $29 million wagered. Operators fared better here than other sports, posting an 8.08% win rate to claim more than $2.3 million in revenue.

With the help of Gov. J.B. Pritzker issuing Executive Order 2020-41 last June and his multiple renewals that have continued into 2021, it can be argued Illinois has navigated the pandemic fairly well for sports betting. It finished with nearly $1.9 billion wagered since launching in March 2020, and more than 95% of that handle was online.

Operators collected more than $125 million in revenue, which resulted in the state receiving nearly $19 million in tax receipts for the year. Cook County, which is home to Chicago and receives a separate 2% tax on adjusted gross revenue on bets made inside its borders, collected nearly $1.4 million.