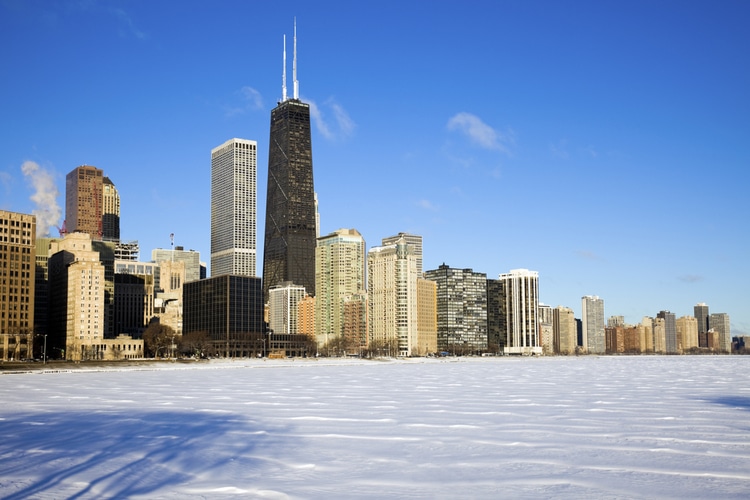 Sportsbooks in Illinois endured a tough December when bettors clawed back some of their winnings from a rough November, as revenue was more than halved to nearly $33.7 million, according to figures released Friday by the Illinois Gaming Board.

Operators in the Land of Lincoln enjoyed a bumper November with a record $79.3 million in revenue, the sixth-highest monthly total recorded in the post-PASPA era. But bettors bounced back strongly to close the year, limiting the house to a 4.3% win rate that was the second-lowest in the 20 months of bets placed. The result was revenue falling 57.5% month-over-month, as the hold also dropped nearly 6 full percentage points.

The $789.6 million in traditional handle represented a modest 1.2% increase, however, compared to November’s total. It also pushed Illinois above $7 billion in sports betting handle for the 2021 calendar year, joining New Jersey and Nevada as the only states to clear that threshold.

The state collected just over $5 million in taxes, while Cook County claimed $383,869 from its 2% share of revenue from wagers made in the state’s largest county. Illinois generated nearly $78.8 million in state taxes from sports wagering in 2021, with Cook County claiming an additional $5.9 million for its coffers.

Shuffling in the revenue order as 2021 closes

Mobile operators posted just a 4.4% win rate, with nearly $32.4 million in revenue from a completed-events handle of barely more than $750 million. FanDuel again retained the top spot with more than $12.9 million, but BetRivers snuck past DraftKings for second with $6.6 million — which was over $400,000 more than DraftKings‘ $6.2 million.

PointsBet had the best win rate of all mobile operators at 8.5% and claimed more than $4 million in revenue for the final month of the year. Barstool Sportsbook‘s 4.4% win rate was better than only DraftKings (2.2%), but it was still a comfortable fifth with nearly $2.4 million in revenue. Caesars again rounded out the sextet with close to $700,000.

In terms of handle, DraftKings again took top honors with more than $290.3 million, as it claimed nearly 40% of the mobile market share. It finished with more than $2.5 billion handle in Illinois for the year and over $132 million in revenue.

FanDuel also exceeded $200 million in handle for the third straight month at $230.6 million, clearing the $2 billion handle mark with $77 million to spare. It easily took the top spot for mobile operator revenue in 2021 with $204.2 million, as its 9.8% hold was nearly 2 full percentage points clear of the second-closest of the group.

BetRivers claimed third place for both revenue and handle for the year, eclipsing $1 billion handle for 2021 with a final month tally of $116.6 million. It also finished with $86.6 million in revenue with an 8.1% hold.

PointsBet ($503.2 million) and Barstool ($441.1 million) combined for nearly $1 billion in wagers, though Barstool had a slightly higher handle than the Australian-based book in the nine-plus months they went head-to-head after entering Illinois in March. While Caesars had a strong fourth quarter, in which the $46.6 million handle represented nearly 40% of its $117.8 million total for the year, its $13.7 million handle for December was also less than the $14.1 million in mobile revenue it made in New York last week.

Parlays save the day

Parlay wagering has long been a primary source of revenue when it comes to Illinois operators, and December was no different, as the nearly $18.3 million was more than half the overall total. But that was still down 58.7% from November. The win rate in that category was 10.4%, a far more modest percentage than the eye-popping 26.6% operators cleared on such bets the previous month.

Parlay handle totaled more than $1.5 billion for the year, accounting for 21.6% of the total handle. The $260 million it generated in revenue, however, accounted for just shy of half the overall operator revenue.

Basketball and football made up the other main revenue streams, totaling nearly $11.4 between them despite the individual holds in each sport being less than 3%. Tennis ($1.7 million) and soccer ($1.6 million) were the only other sports to post seven-figure revenue totals, while bettors posted a solid win in boxing and MMA wagering with $8.3 million in payouts compared to $7.9 million in completed wagers.

Illinois’ 11 brick-and-mortar venues posted a win rate of 10% or higher in five of 2021’s first 11 months, but bettors turned that script on its head with their best month to close the year. The house capped the year with a 1.5% win rate on $36.7 million wagered, as three venues finished in the red. Rivers Casino continued to represent the bulk of the handle with nearly $16.8 million, while Alton Casino and Casino Queen on the western side of the state combined for nearly $9.2 million in wagers.

Grand Victoria Casino in Elgin took the brunt of retail pain, finishing more than $200,000 underwater as it paid out close to $2 million in winnings on nearly $1.8 million in bets. Hawthorne Race Course, which operates two off-track betting sites for sports wagering, lost $84,521 on nearly $2.6 million in wagers, while bettors eked out a win at Hollywood Casino in Aurora, coming out nearly $2,200 ahead on $2.6 million worth of bets.

The long December for retail books knocked the 2021 win rate below 10%, as the house claimed nearly $18.2 million in revenue from $186.8 million in handle.