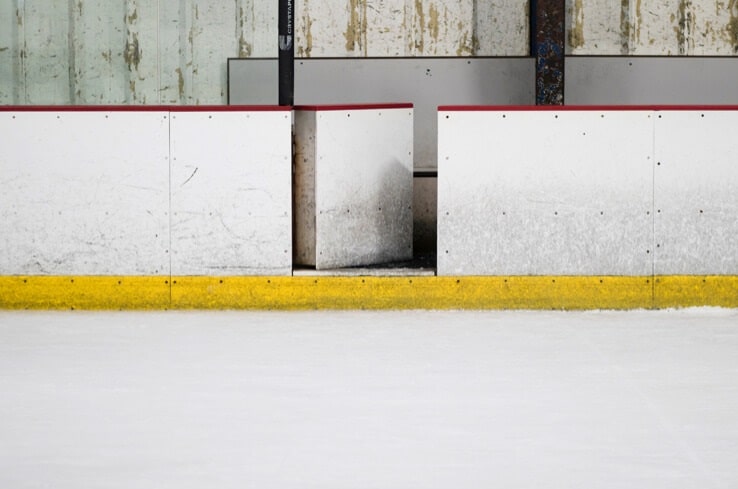 Talking about sports betting in Illinois sounds a little suspect these days, with phrases like “bad actors” and “penalty box” being bandied about at a drop of a hat. But when it comes right down to it, according to sports betting champion Representative Mike Zalewski (D-District 23), there is only one issue that needs to fall into place before sports betting can move forward — how to bridge the rift between fantasy sports giants DraftKings and FanDuel and local operator Rush Street Gaming.

“We really are down to probably two or three top-line issues, and of those two or three, the one that is taking all of the oxygen is the place of FanDuel and DraftKings in the marketplace,” Zalewski, chairman of the House Revenue and Finance Committee told Sports Handle on Monday. “There are only 11 more days, and I think we’re going to have to come to some sort of decision to address it.”

At issue is whether FanDuel and DraftKings have been operating illegally in Illinois. In 2015, the state attorney general, Lisa Madigan, handed down a nonbinding advisory opinion which stated that daily fantasy sports “clearly constitute gambling,” and as such are illegal in Illinois. The companies continued to operate, and FanDuel filed suit against the AG’s office for a declaratory judgment, hoping for a more black-and-white decision. The AG, according to a FanDuel representative, failed to pursue litigation, so both FanDuel and DraftKings continued to operate in what is considered by some a gray area.

Rush Street, and owner billionaire Neil Bluhm, contend that FanDuel and DraftKings have been operating their fantasy businesses illegally in Illinois since the opinion. Rush Street, which acquired a brick-and-mortar casino property in 2010, believes that the daily fantasy companies have had an unfair business advantage in terms of signing up customers.

When and if sports betting is legalized in Illinois, Rush Street is asking that a “regulatory waiting period” be imposed on FanDuel and DraftKings while other companies play catch up in the mobile arena. That waiting period has been dubbed a “penalty box” by politicians and the media. Rush Street is now the minority owner of Illinois’ largest casino, the Rivers Casino, after Churchill Downs bought a majority stake in March.

Sports betting should include @DraftKings and @FanDuel here in Illinois. No need to limit our options. More competitive marketplace equals more revenue for our broke state.

Both DraftKings and FanDuel, referred to by Rush Street representatives as “bad actors,” say they’ve done nothing wrong and believe the “penalty box” is unconstitutional.  They say Rush Street is trying to give itself an unfair advantage, and that barring two major players in the online sports betting world will only hurt Illinois should sports betting become legal.

“It’s a small-shouldered move to sort of rig the game,” DraftKings Director of Global Public Affairs Jamie Chisholm told Sports Handle. “It’s a blatant attempt to keep DraftKings and FanDuel out of the market … It’s just a naked attempt to monopolize sports betting that would only serve [Rush Street] and its owner.”

Said Cory Fox, counsel for policy and government affairs at FanDuel, “We’ve always acted pursuant to the legal opinion that we are acting legally there. Now we have a situation where billionaire Neil Bluhm wants to shut us out. FanDuel is No. 1 in New Jersey and DraftKings is No. 2, and in order for Illinois to realize its (revenue) potential, we think FanDuel and DraftKings need to be in the market. We just don’t think it’s fair or even legal in Illinois for FanDuel or DraftKings to have a delay.”

On Thursday, the fantasy giants changed the game when they placed an ad targeting Rush Street and its Rivers Casino in an ad on YouTube.

Paul Gaynor, outside counsel for Rush Street Gaming, argues that his client has been operating at a disadvantage, since it chose to honor the advisory opinion and not offer interactive fantasy sports. From Rush Street’s perspective, DraftKings and FanDuel have shut everyone else out by continuing to operate.

“It’s not a penalty, it’s a regulation,” Gaynor said. “It’s a regulatory waiting period. It basically just makes it so entities that were operating in advance have to wait for everyone else to catch up.”

As Zalewski has shepherded sports betting through multiple hearings, this issue has become his biggest headache. Politicians are now trying to find a deal that would be amenable to both sides so that Governor J.B. Pritzker can get the $200 mm in tax revenue from sports betting that he’s banking on.

But even as Zalewski continues to talk with both sides, there appears to be little movement. The ask from Rush Street is that the state impose a three-year waiting period on FanDuel and DraftKings. Neither would be able to launch sports betting until three years after their competitors launch.

“You just can’t single out businesses for a penalty,” Fox said. “We distributed a memo that was commissioned by fantasy sports companies that says the current proposed ‘penalty box’ language is illegal under the Illinois constitution.”

Legal or not, both FanDuel and DraftKings have been operating daily fantasy in Illinois at least since 2015 with no penalty. As legislators decide whether to sanction the companies, would it be fair to place both in a “penalty box,” for three years? Are both operating legally or operating illegally but have not been “caught?” The argument could be made that Rush Street — or any other Illinois casino operator could have launched a mobile component years ago, but chose not to.

“We don’t think it’s fair for someone who has been operating illegally in Illinois, capturing nearly 100% of the market because of their illegal activity, to be at the front of the line along with entities who’ve been operating legally and playing by the rules,” Gaynor said. “That’s why we support a regulatory waiting period, which is a fair solution that delays –- does not prohibit –- them from operating in the future. It’s only fair and reasonable so that everyone else has a chance to catch up.”

Not much willingness to negotiate

For lawmakers, the legality of this issue is somewhat moot. Their goal is to legalize sports betting in the most profitable way for the state. So the past, as it were, is not of their concern. Rather, the goal right now is to reach some sort of agreement so that sports betting legislation can advance.

All sides have been talking, but none appear willing to budge. For the daily fantasy companies, agreeing to the “penalty box” for any length of time would set precedent and open the doors for other states to similarly penalize them. And since DraftKings and FanDuel believe they were operating legally, accepting a delay would be an admission of guilt where they believe there is none.

DraftKings’ Chisholm said his company is unwilling to negotiate on this particular point.

“This is not about stakeholders determining things we’ve been determining state by state,” he said. “It’s not reasonable, it’s anti-competitive. It serves no purpose other than to enrich [Rush Street] and keep us out. The intention of this is not creating a smart, consumer-focused sports betting situation.”

FanDuel’s Fox echoed Chisholm’s sentiments: “It’s not so much whether or not we would agree to it, but whether or not the governor would be able to realize the goals that they have set out for the legislation.”

But Gaynor says his group has already compromised and like FanDuel and DraftKings, believes a wrong must be righted.

“There are lots of discussions going on,” he said. “We don’t see why it’s fair for someone who has been operating illegally (to continue to). We think a regulatory waiting period is a fair solution to those who have been operating legally.”

There appears to be enormous pressure on Illinois to legalize sports betting and create a new revenue stream for a state that continues to have major fiscal issues. There’s also the pressure to not fall behind. Neighbors Indiana and Iowa legalized sports gambling earlier this month, and if both launch before Illinois does, residents will likely do what they’ve been doing in New York for nearly a year — drive across the border to place bets.

Without a compromise, lawmakers could just move forward with legislation that they believe is “right.” But both sides will lobby, or potentially take legal action if a bill that doesn’t favor their interests passes.

“We’ll be [in Springfield] lobbying for our position,” Rush Street’s Gaynor said.

DraftKings’ Chisholm was more direct: “If this ‘penalty box’ is any part of the bill, we would strongly consider every legal action that we could take. We’ll explore, and potentially pursue whatever legal avenues we can.”

Beyond this contentious topic, Zalewski said he and his colleagues are still working on issues related to ensuring that the diversity of the state is reflected in new sports betting businesses, and whether to mandate the use of official league data. Each issue on its own is critical to the success of legal sports betting.

In addition to the issues, it’s not yet clear if sports betting legislation will stand alone on the House and Senate floors or if it will be wrapped into a larger gaming package being moved forward by Representative Bob Rita (D-District 28), who chairs the Subcommittee on Sales, Amusement and Other Taxes.

Either way, with a little more than a week left in the session, there’s plenty of heavy lifting yet to do, but Zalewski says there is time.

“We probably have until mid next week to get things positioned,” Zalewski said. “We put stuff onto the calendar and read it into the record two times (that’s already been done), and then we can put legislation on that vehicle and it could be passed in a day.”

What happens next is anybody’s guess.