With sports betting up and running, launching internet casino gaming looks to be next challenge 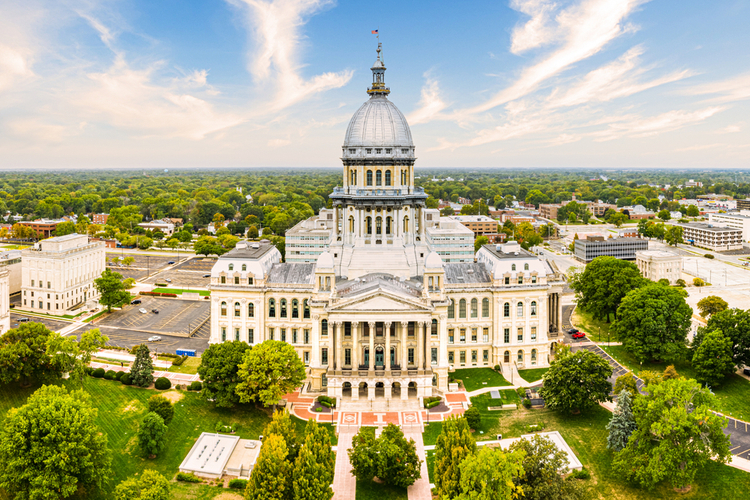 Illinois is starting to see the first prolonged shoots of tax receipts from legalized sports betting, as a close-to-normal sports schedule following the COVID-19 pandemic has seen state coffers receive nearly $19 million as the first anniversary of the first legal wagers placed draws near.

More than $16 million of that total was generated from October through December as a robust mobile wagering market — aided by Gov. JB Pritzker’s repeated renewals of Executive Order 2020-41 suspending the in-person registration provision needed to obtain mobile accounts — has taken hold with five current operators and more on the way in the foreseeable future.

While sports betting and its upwardly spiraling numbers of handle and revenue generate headlines and attention, there is still much work to be done by Illinois legislators as they try to plug revenue shortfalls created by the pandemic, in order to help keep state government and services functioning. Illinois has two-thirds of the recreational tax trifecta in place via sports wagering and legalized marijuana sales, and bills have been filed to legalize the last piece — internet casino gaming.

There are other gaming-related bills in the pipeline for the 102nd General Assembly to consider that also deserve a mention. In the background, some of the six locales allowed to build a new casino in the gaming expansion bill Pritzker signed into law in June 2019 are moving forward with those plans.

While there is no established timeline for these bills being heard, the two-year clock started in January when both the House and Senate chambers were sworn in.

Both a House Bill (HB 3142) and a Senate Bill (SB2064) were filed last month, and both have been assigned to the Rules Committee (House) and Assignments (Senate) after receiving a first reading. The House bill is co-sponsored by Democratic Reps. Bob Rita — one of the primary drivers of legalizing sports wagering — and Jonathan Carroll, while the Senate bill is sponsored by Sen. Cristina Castro, whose district is home to Grand Victoria Casino in Elgin.

There is a substantial amount of common language in the bills, which would allow existing casinos and racetracks to offer online casinos and include Fairmount Park and Hawthorne Park, which are in various stages of expanding into racinos. Both bills set the minimum age for wagering at 21, allow operators up to three individually branded online skins, and include a provision requiring patrons to register in person to establish online casino accounts for the first six months after launch.

They also permit the combining of sports wagering and internet gaming accounts. In terms of the library of online casino games, the list includes any “gambling game, slot machine, poker, or table game that can include simulcasted live-dealer versions of casino games.”

The key areas of difference are in license fees and tax rates. Castro calls for an operator license fee of $250,000 with a $100,000 renewal after four years, while Rita seeks an initial $500,000 license fee and $250,000 renewal. Castro proposes a 15% tax rate on adjusted gross revenue, a rate identical to sports wagering, while Rita is seeking 12% of AGR.

Additionally, Rita’s bill directs $10 million of the revenue annually deposited in the state gaming fund to the Department of Human Services to treat problem gambling while Castro’s bill contains no such language.

One last point of divergence that could loom large — Castro’s bill calls for the repeal of the Internet Gaming Act five years after becoming law.

After falling behind neighboring Indiana when it came to launching sports betting, this could be where Illinois gets a leg up on the Hoosier State. Similar bills there failed to get out of committee, resulting in no movement on internet casino gaming until 2022 at the earliest.

Castro and Rita again teamed up with their respective filings of SB 2070 and HB 2360. They call for a maximum promotional credits allowance of 20% against adjusted gross revenue on a monthly basis for casinos, as well as a reconciliation at the end of the year “to determine any adjustment to the credits not to exceed 20% of the annual adjusted gross receipts for each riverboat, casino, or organization gaming facility.”

For sports wagering, a similar monthly allowance of up to 20% of promotional credits on adjusted gross revenue and reconciliation at year’s end would also be allowed, though the legislators differ on a starting point. Castro’s bill would begin on “the effective date of the amendatory act of the 102nd General Assembly,” while Rita’s start date is pushed out to Jan. 1, 2023.

These bills have also received a first reading and are in Assignments in the Senate and Rules Committee in the House.

One of the lesser-publicized aspects of the Sports Wagering Act that Pritzker signed into law was a six-page section that allowed the potential for the Illinois Lottery to operate a pilot sports lottery program that offered “parlay wagers and fixed odds parlay wagers.” It would have allowed for 2,500 terminals in retail locations across the state in its first year of existence and an additional 2,500 terminals in year two.

The biggest stumbling block in the Sports Wagering Act proved to be the $20 million license fee for an online sportsbook operator, which is double the price tag for a retail sports wagering license. Democratic Sen. Steve Stadelman of Rockford, where 815 Gaming was found “preliminary suitable” in February for a Hard Rock Casino to be built, has called for amending this portion of the bill.

In SB2276, which has been referred to assignments in the Senate after a first reading, Stadelman proposes the license fee for the winning bidder be no less than $10 million, with the Illinois Lottery retaining the option to receive payment of the fee in a lump sum upon issuance of the license or in payments spread out over the length not to exceed one year. It also states the lottery can use up to $5 million of the license for development and administration of the sports lottery.

Stadelman also calls for extending the expiration date of the pilot program by 18 months from Jan. 1, 2024, to July 1, 2025, to maintain the expected four-year life span originally found in the bill.

In February, Democratic Rep. Mike Zalewski filed HB 0849, which would end the college carveout that prohibits bettors in the state from wagering on college events involving Illinois schools. Zalewski previously said he hoped it would be passed in time for the upcoming college football season, which would result in bettors being able to bet on the state’s seven FBS and FCS programs, which include Big Ten rivals Northwestern and Illinois.

Zalewski previously filed this bill near the end of the 101st Assembly in January, but it did not progress out of the Rules Committee following a first reading and resulted in sine die prior to the swearing in of the current assembly. Even without the ability to bet on the state’s 13 Division I basketball programs — most notably fourth-ranked and Final Four contender Illinois — sportsbooks generated more than $167 million in handle for college sports in December.