Lawmaker says a Super Bowl launch date, not the start of football season, a 'reasonable' goal 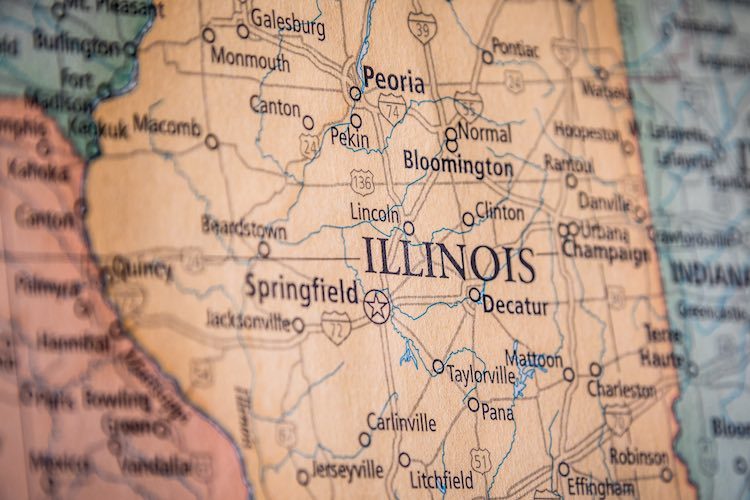 It could be any number of reasons, but there’s one in particular could be causing Pritzker to wait — late last week, it became public knowledge that Illinois Gaming Board Chairman Don Tracy tendered his resignation. Sources in Illinois say its possible that Pritzker is waiting to name Tracy’s successor before signing the legislation, which also includes a new land-based casino in Chicago. Tracy was appointed in 2105 by former Governor Bruce Rauner, and according to the State-Journal Register, he offered his resignation to Pritzker’s transition team last November.

The fact that Pritzker hasn’t signed yet means the bill is not yet law, and as such, it’s unlikely that any action has been taken to move forward with sports betting — or anything else in the bill. But with regard to sports betting, the goal in every state is to launch by football season, but that seems unlikely, given that the gaming board (likely) hasn’t yet begun the regulations writing process.

Illinois Senate follows suit with the House a day earlier and approves gaming expansion including sports betting and casinos for Chicago, south suburbs, Waukegan, Rockford, Danville and S. IL., slots for O'Hare and Midway and slots at horse race tracks. Revenue to infrastructure.

In most jurisdictions, it has taken months from the time sports betting is legalized until regulations are rolled out and a public-comment period is opened. As an example, Washington D.C. legalized sports betting in December, but regulations weren’t put out for public comment until June 14.

That’s not unusual. It’s a lengthy process for a gaming commission to develop regulations that match the legislation that was passed, and in addition to that, some commissions must also negotiate a deal with their sports betting vendor, as well. That’s not likely part of the puzzle in Illinois, though, as the state lottery won’t be overseeing sports betting.

“I hope he signs it before July 1 so we can get a move on,” said Representative Mike Zalewski (D-District 23), who was the original sponsor of 2019 Illinois sports betting legislation. “But they might be realigning gaming board before he signs.”

Once Pritzker signs, the timeline would look something like this: 60-90 days for rules to be developed; the rules would then be open of public comment; casinos apply for master licenses; and finally, a testing period would be held just before launch. Also during this timeframe, suppliers and others in need of licenses to operate in relation to sports betting would be applying for licenses.

There are variables, and in some states, like Pennsylvania, the gaming commission rolled out temporary regulations rather than more permanent ones in 2018.

Zalewski said it’s possible — though he doesn’t know if it will happen — that lawmakers could invoke an emergency rule statue in Illinois that would move the process along a little faster.

While stakeholders — who have to build out their brick-and-mortar sportsbooks — are likely hoping for a football season launch, Zalewski called a Super Bowl rollout “a reasonable guess.”

Zalewski authored his sports betting bill early in the session and both he and Representative Bob Rita (D-District 28), who was the author of a bigger gaming bill, held multiple hearings on the topic. Their bills were ultimately rolled into the $12 billion capital bill that Rita sponsored on the House side during the last week of the session.

Voting on the bill came down to the wire and took an overtime session and plenty of dealing to get it done. Because of that, sports betting looks a bit different than it did in the original proposal. The bill was sent to Pritzker’s office on June 5.

Online sports betting could be revisited

“There are things I think people are going to ask in hindsight to revisit down the line,” Zalewski said. “Probably what the online marketplace looks like will be asked to be revisited. But critiques of the bill have been kind of muted. I think people were kind of overwhelmed with what happened on June 1 (when the bill passed the House) and are still digesting.”

The Illinois bill that massively expands gambling gives a head start to local casinos and horse tracks in the business of sports betting https://t.co/pLZZ1jJbAP

Online sports betting was a hot topic of discussion during the process, with Rush Street Gaming, then owners of Rivers Casino, asking for a three-year “penalty box” for daily fantasy and sports betting giants DraftKings and FanDuel. Rush Street claimed the pair had been illegally operating their fantasy businesses in Illinois for several years and should be penalized by having to wait. In the bill that the General Assembly passed, all online-only operators are prohibited from launching sports betting until 18 months after bricks-and-mortar sportsbooks launch, effectively giving the existing Illinois casinos a head start.

Physical sportsbooks would be able to launch state-wide apps as soon as they meet regulatory approval.

Meanwhile, neighbors Indiana and Iowa, both of which legalized earlier this year and appear on target to have state-wide mobile sports betting in time for the NFL season. While Illinois may be missing kickoff, many are simply thrilled the market in the sixth most populous U.S. state is on track to open up period.