VGT Backers Emerge As Potential Obstacle To iGaming In Illinois 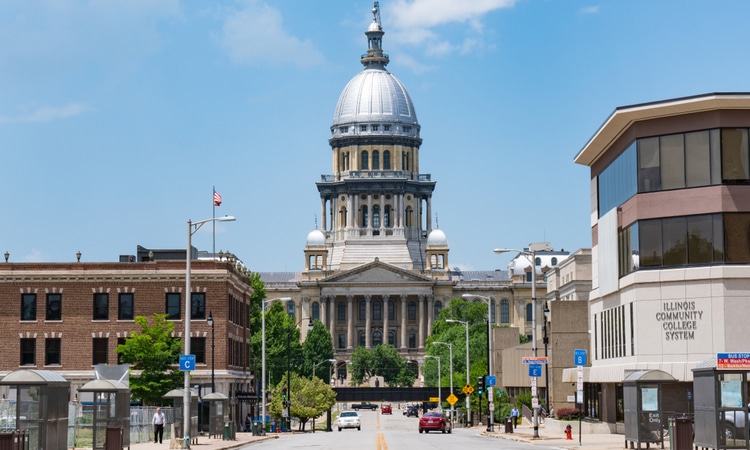 It is not exactly like the Rise of the Machines from the Terminator film franchise, but an interesting battle may be taking shape in Illinois involving tavern and restaurant owners who operate video game terminals and casinos that desire to expand by offering iGaming.

Legislation has been filed in both chambers of Illinois’ General Assembly to add iGaming to casino and racino offerings. This comes on the heels of a June 2019 capital bill that greatly expanded gaming options — including licenses for six yet-to-be-built casinos and three yet-to-be-built racinos, plus legal sports betting in the Prairie State.

Illinois, though, is also recognized as the nation’s leader when it comes video game terminals (VGTs), which already generate a significant amount of tax revenue at both the state and local levels. During Wednesday’s hearing of the General Assembly’s Executive Committee chaired by Rep. Bob Rita — who filed HB 3142 that would legalize iGaming — two separate panels presented their respective cases.

The case for iGaming in Illinois

There are only six states where iGaming is currently available, with Michigan the most recent to launch in January. The quick success in terms of generating tax revenue in the Wolverine State — the state received $17.2 million from operators in March alone — has been noticed by Illinois legislators. Rep. Daniel Didech presented iGaming as a way to counteract illegal wagering conducted by offshore operators who “pay no taxes, create no jobs and are a significant drain on the Illinois economy.”

He added the illegal websites “create a status quo that is quite dangerous for Illinois customers,” and legalizing iGaming would allow the state to regulate game integrity and “crowd out predatory companies” by making it safer for players and to better help problem gamblers. Didech also pointed out the estimated $100 million in annual tax revenue would support the “many priority initiatives of members of the General Assembly.”

Kaplan also addressed concerns over the potential cannibalization of brick-and-mortar casinos that comes with the discussions of introducing iGaming. He presented online casino wagering as an amenity that adds to his company’s bottom line.

“Prior to the pandemic, we performed an analysis on our customers to determine if there was any cannibalization to our brick-and-mortar revenue and what we found was iGaming was almost entirely complementary to our brick-and-mortar play,” said Kaplan, whose company operates three of the state’s 10 land-based casinos — Hollywood Aurora, Hollywood Joliet, and Argosy Alton.

“In addition, we attracted a different type of customer online as our online database averages 10 years younger than our brick-and-mortar players,” he said. “Due to these factors, we believe iGaming will grow the gaming marketplace and allow us to connect to a new type of player that we may not have attracted to our properties previously.”

Kaplan added those players are getting fed “back to the casino” because those players are in their system’s database and earning rewards points for their play that can be redeemed for food and other services at those establishments.

Though not as attention-grabbing to the public as casino gaming and sports betting, VGTs have been a significant provider of gaming tax revenue in Illinois since the Video Gaming Act was signed in 2009. The nearly 39,000 machines statewide have taken on more importance since the 2019 bill also allowed bars, restaurants, and taverns to install a sixth VGT and enabled truck stops to increase their number of offerings.

In the year’s worth of reports compiled by the Illinois Gaming Board since the state began accepting sports wagers at casinos in March 2020, VGTs have generated nearly $455 million in tax revenue — of which nearly $388 million has gone to the state — from more than $1.3 billion in operator revenue. That figure includes the terminals being turned off for four months covering two separate COVID-19 related closures as well as the inability to offer in-person dining and venues still not operating at 100% capacity.

Rep. Tim Butler, whose district spans from just north of Springfield to Peoria, pointed out the lobbyists who back iGaming did not account for the growth in VGTs across the state in the past decade and how “mom and pop businesses that are not casinos depend on revenue from VGTs.” He added the current partnership that provides tax revenues to local communities is a “unique combination.”

In a separate panel that dealt exclusively with VGT issues, Dan Klossner, the executive director of the Illinois Licensed Beverage Association, expressed concern about iGaming regarding access by minors and problem gamblers. “We, in our locations where we control for a 21-and-over age patron, already handle those concerns,” he pointed out.

Klossner also touched on a key point for the service industry — the challenge of getting people to return to bars, restaurants, and taverns where VGTs are located as more of the public get vaccinated. Klossner cited “‘FOGO,’ the fear of going out,” and suggested that internet gaming would be a deterrent to helping those businesses get back to full strength.