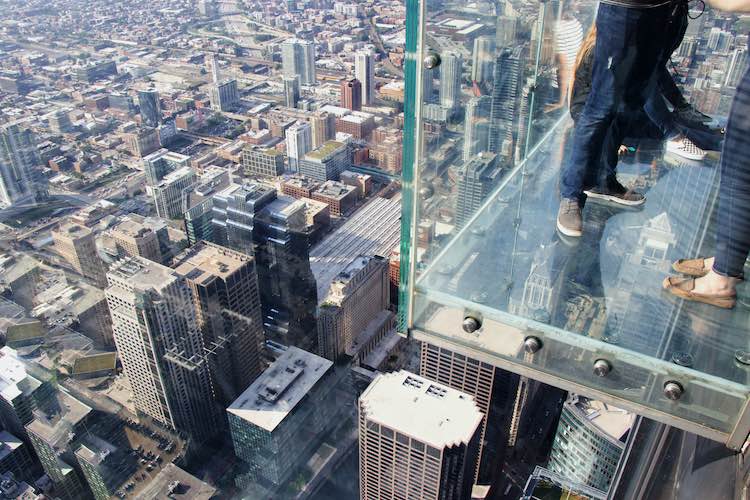 The Illinois Gaming Board opted to move forward with its proposed rebranding rule for mobile and internet sports betting with a modification Thursday, and granted its eighth Master Sports Wagering license — this one going to Hawthorne Race Course, which will have PointsBet as its sportsbook operator.

The rebranding rule, which the IGB originally proposed as an emergency rule May 28 but did not file, became a flashpoint during the public commentary. An attorney on behalf of Rivers Casino submitted a challenge letter in commentary specifically citing there was no justification to pass it as an emergency rule, but eight casinos co-signed a letter from iDEA Growth in favor of the rule.

In the interim between when public comments closed and Thursday’s meeting, DraftKings went forward with a rebranding of Casino Queen in East St. Louis last Thursday, with the casino now named “DraftKings at Casino Queen.”

During his comments, IGB Administrator Marcus Fruchter acknowledged the comments from the public period that concluded June 29 and noted that “staff has decided not to revise the proposed rule language and instead offering it to the board as a proposed permanent rule.”

Fruchter stated, “the rule provides clear guidelines and guidance of what factors the board will consider in approaching branding issues. We believe this rule adopts a measured and moderate approach to online branding for Illinois sports books that is lawful, faithful to the text of the Sports Wagering Act, provides clarity and transparency for licensees and operators, the public gaming board staff; it avoids potential litigation risk and allows for customers to receive information about the entities with whom they are placing their bets.”

The board unanimously voted to approve the submission to the Index Department of the Secretary of State on first notice.

A daily double for Hawthorne; PointsBet closer to launch

It's a good day @ClubHawthorne

Hawthorne Race Course emerged as the big winner of the IGB hearing. In addition to being granted a Master Sports Wagering license, the board also unanimously found the track “preliminary suitable” with regards to its application to add casino games. Hawthorne announced a 20-year partnership with PointsBet in July 2019 with relation to sports wagering.

The sports betting license granted to Hawthorne means there are six casinos and race tracks with approved licenses vying to become the third sportsbook to provisionally accept wagers in Illinois, joining Rivers Casino — which runs BetRivers Sportsbook in Des Plaines, and The Argosy in Alton. PointsBet must now send a letter to the IGB requesting to “commence sports wagering.”

“The PointsBet team is thrilled to hear the good news that our partners at Hawthorne Race Course today received a 4-year master sports wagering license,” PointsBet USA CEO Johnny Aitken said in a statement. “Together we will soon unveil our market-leading retail and mobile product for sports fans in the great state of Illinois, providing the premium sports betting experience they’ve so anxiously been waiting for.

“We’ve long stated that the best product will win, and we are excited to bring that to life in showcasing the competitive advantages we possess by owning our technology environment from end to end, such as unrivaled speed and ease of use on a personalized platform that’s free of friction. In combination with our premium retail locations conveniently located in and around downtown Chicago, we are sure we’ll be providing the Illinois consumer with exactly what they’ve been craving, both in-person and online.”

Hawthorne was allowed to submit an application to be a racino as part of the gaming expansion bill Gov. J.B. Pritzker signed into law in June 2019. Track President and CEO Tim Carey touted Hawthorne’s long presence in the state — next year the track will mark its 130th anniversary, and Hawthorne is the oldest sporting venue in Illinois — and stressed the importance of the casino helping to revive the flagging state of horse racing in the Land of Lincoln.

“It’s really hard to put into context what this means for the very hardworking people of the Illinois racing industry,” Carey said in a statement following the board’s approval. “It means horsemen will be able to keep their businesses and families in Illinois. It means showcasing this historic sport to a new generation of fans. It means creating a truly unique, first-of-its-kind entertainment experience that won’t exist anywhere else in Illinois.”

With the provision in the gaming expansion bill that 18% of casino revenues generated at Hawthorne would go directly into racing purses, Carey estimated those purses would triple in worth. Fairmount Park, which may be bought by FanDuel, has also applied for a “racino” license, while Arlington Park has opted only to apply for a sports betting license since parent company Churchill Downs Inc. has a majority stake in Rivers Casino.

Other news and notes

In his opening notes, Fruchter noted the IGB staff is working with “sports wagering licensees, temporary permit holders and applicants to launch additional retail and online sports wagering operations as expeditiously as possible within the boundaries of the Sports Wagering Act and our rules to create a robust sports wagering industry in Illinois.”

“The Governor issued Executive Order 41 and 44 so sports betting could continue on track amid the pandemic that forced the closure of casinos, which made it impossible for players to create sports betting accounts in person. Now that the state has entered phase 4 and casinos have resumed in person business, there is no longer a need to suspend provisions of the law that require in person registration. The Illinois Gaming Board has been in communication with industry and has worked to ensure gaming could continue to generate revenue despite the challenges presented by COVID-19.”

Fruchter also stated “the board has received 39 requests to approve non-statutory events, all submitted on July 23, 2020. Under Rule 1140, I must wait 30 days before I can approve a request under this rule. Once a request is approved under Rule 1140, all Master Sports Wagering licensees may offer wagers on the approved requests regardless of who submitted the request.”

This appeared to be an indirect reference to Sunday’s confusion regarding some of BetRivers’ offerings. The sportsbook removed offerings from the PGA Tour, NASCAR, Korean Baseball (KBO), and some second-tier European soccer leagues.

The IGB also voted to unanimously withdraw Haven Gaming’s application for a casino in Danville, which was one of five sites approved for a new casino in the gaming expansion bill last year. Haven Gaming submitted its initial application last October, but lacked a “significant amount of required information and did not comply with applicable rules … and deemed incomplete and not a final application.”

In January, the board denied Haven Gaming’s request to amend its application. The agenda for the March meeting — canceled due to the COVID-19 pandemic — would have included a vote regarding Haven Gaming’s preliminary suitability for a casino, and Fruchter noted the recommendation to the board would have found it unsuitable based on the previous two meetings.

Haven Gaming submitted a request Monday to withdraw the application, which was granted unanimously by the board. IGB Chairman Charles Schmadeke noted he would have adopted the recommendation of finding Haven Gaming unsuitable and voted for withdrawal to help Danville “be able to take advantage of all the legal benefits that the law now allows.”