Get A Grip: The Week In Sports Betting: Indiana, Maine, And Illinois Seeks Public Comment 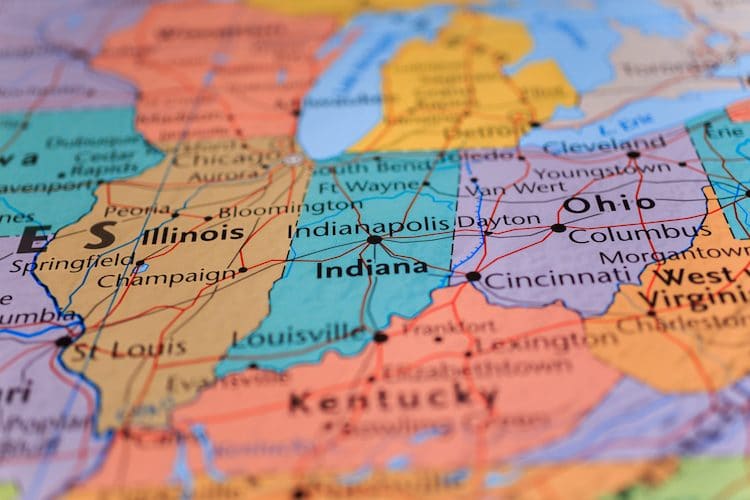 Illinois legalized sports betting in early June, but it’s lagging to launch in the Midwest. Iowa debuted its first sportsbooks in mid-August, and three Indiana sportsbooks will start a parade of openings there on Sunday. Illinois regulators aren’t moving with the speed of their counterparts, but on Tuesday, a month-long public-comment period opened. The Illinois Gaming Board is seeking input everyone from citizens to stakeholders, according to the Chicago Sun-Times.

“This public comment period is an important step in a process to ethically and expeditiously establish a regulatory framework to allow sports wagering in Illinois,” gaming board administrator Marcus Fruchter said in a statement in a Sun-Times story.. “In order to make the process of rule creation as transparent and independent as possible, it is important that the public and various stakeholders have an equal opportunity to submit comments about the Sports Wagering Act.”

Sports betting was legalized as part of a massive capital bill in an extended session of the general assembly, and signed less than a month laster by Governor J.B. Pritzker. The new law allows for state-wide mobile sports betting, but not until 18 months after sports betting at physical locations starts. Lawmakers had hoped sports betting would go live by the 2020 Super Bowl, but given that the IGB is still very early in the process of drafting regulations, that goal seems unreachable.

Governor Janet Mills for the second time made her position on sports betting clear — according to a tweet from Maine attorney Steve Silver earlier this week, Mills used a “pocket veto” to kill sports betting after a one-day special session. Mills failed to sign the sports betting bill (a very good one, too) that had passed through the state legislature in June. The veto means sports betting can’t be considered again this year.

Mills’ decision to quash sports betting will New Hampshire a leg up when it goes live next year. The Granite State was the second New England state to legalize when it did so over the summer, and the state lottery is currently seeking operators. NH legalized both in-person and state-wide mobile sports betting. It’s likely mobile will go live first, hopefully in the first half of 2020, as towns and cities have the right to approve — or not — brick-and-mortar locations.

When Rhode Island lawmakers legalized mobile sports betting earlier this year, the goal was to launch ahead of the NFL season. That’s still the goal, but according to a Lottery spokesman, it’s not a sure bet — the state’s mobile app is currently undergoing testing by an “independent, third-party testing laboratory. ”

“Because the App is in the testing phase, an exact timeframe or date by which mobile sports wagering will begin is uncertain,” Rhode Island Department of Revenue Chief of Information and Public Relations Officer Paul Grimaldi told Sports Handle. “The hope is to have the mobile sports wagering begin on or before the National Football League season begins on September 5, 2019; but that date is subject to change based on testing results.”

For those who are counting, the season kicks off in six days.

MORE DRAMA IN D.C.: Key Intralot subcontractor has no employees, but a big contract. [WashPo]

BALLOTS: A Georgia lawmaker says citizens should weigh in on sports betting. [WABE]

CHALLENGER: Why bet365 is poised to challenge FanDuel and DraftKings for NJ supremacy [NJOG]

To confirm, yes, 55% of all World Series handle has been placed on either the Yankees or the Mets. https://t.co/s80FqZWnZT

TALK ABOUT IT: NBC to allow at least a little sports betting talk on NFL broadcasts. [Larry Brown]

"This is a big win for the hospitality and tourism industries of Iowa….the lack of legislative action in Minnesota regarding a popular item like sports gambling makes zero sense. Iowa is smart to capitalize on the stupidity at Minnesota's State Capitol."https://t.co/HOZqN4WcMo

WALKING AWAY: What happens to athletes like Andrew Luck, who retire early? [Ringer]

CHANNELING ROCKY: Leonard Fournette put himself into exile to get his game back. [B/R]

ICYMI from Sports Handle, US Bets

Why Bet365 is built to challenge FanDuel and DraftKings for NJ sports betting supremacy.

Is Georgia in a sports betting state of mind?