FanDuel Rides Parlay Wagering To Another Huge Month In Illinois 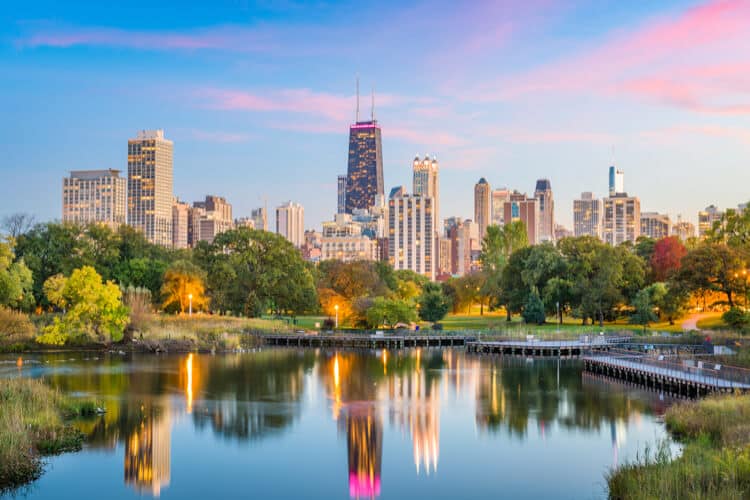 FanDuel’s parlay offerings continue to be a big draw in Illinois and a big source of cash for the mobile sports wagering titan, as it topped $30 million in adjusted revenue for May, according to figures released Wednesday by the Illinois Gaming Board.

FanDuel, which was the primary mover in the single-game parlay market, had an overall win rate of 12.6% in the Land of Lincoln for May, claiming close to $31.9 million in revenue. Its more than $1.3 billion handle in 2022 is tops among all mobile operators, but it has created clear separation in revenue thanks to its parlay offerings. To wit, FanDuel’s $127.6 million in revenue this year is close to double that of DraftKings, which is No. 2 at nearly $70.5 million.

Overall, Illinois generated $764.6 million in traditional handle for May, missing out on overtaking New Jersey for second (behind New York) by slightly more than $1.8 million. The figure represented an 8.9% decline from April’s $839.4 million worth of wagers, but was also 50.7% higher compared to May of 2021.

FanDuel’s strong performance contributed to an overall hold of 8.8%, resulting in nearly $67.5 million in adjusted revenue. The win rate was nearly half a point higher than the previous month, helping limit the dip in revenue to 4.3%. The state received more than $10.1 million in taxes for May, the second straight month with eight figures and the third time overall.

Cook County, which includes Chicago, claimed nearly $720,000 in taxes, as it took 2% from the $35.9 million in adjusted revenue from wagers placed within the county.

The sports betting industry’s standard win rate is 7%, but the sportsbooks’ hold climbs notably higher for parlays. In May, FanDuel took it to another level with an eye-popping 29.7% hold, as it claimed close to $20.7 million from $69.7 million in such wagers. The state’s seven mobile sportsbook operators combined for $31.8 million in parlay revenue, posting a win rate of 20.5%. In our FanDuel review, we run down what other bet types are available at the site.

DraftKings was a distant second in that category with nearly $6 million, and BetMGM was the only mobile operator with a win rate below 11.9%. The newest player in the Illinois online space finished with just a 6.4% hold, taking less than $470,000 from close to $7.3 million wagered.

PointsBet was a comfortable fourth with nearly $66.8 million in handle, while BetMGM’s $44.5 million took fifth over Barstool, which totaled $42.9 million. Caesars rounded out the group at $39.5 million, which is slightly more than 5% of the online market share.

Basketball was good to the house in May, with operators claiming nearly $15.2 million in revenue from $192.9 million in bets. Baseball handle was comparable at $183.5 million, but the public fared much better, as operators collected $7.1 million in winnings on a 3.9% hold.

Tennis ($4.1 million) and soccer ($2.1 million) rounded out the top five revenue categories, while boxing and MMA betting provided more than $1.6 million in revenue from $9.6 million in wagers.

Adjusted retail revenue totaled $3.4 million, which was approximately $200,000 less than the $3.6 million gross, as both Grand Victoria Casino in Elgin and Par-A-Dice Casino in East Peoria had loss carryovers from previous months. Rivers remained the frontrunner in terms of handle and revenue, totaling $15.3 million and $1.8 million, respectively.

Six of the nine brick-and-mortar venues had double-digit holds, while Alton Argosy Casino finished just under the mark at 9.8%.