Backers of University of Illinois and other state teams can bet on them in-state this year ... if only in limited fashion 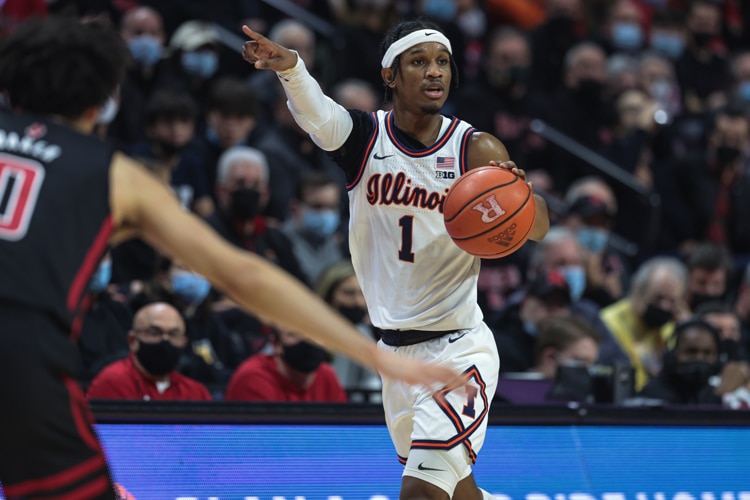 March Madness is not going to be restricted to the college basketball hardwood in Illinois.

The state is well-represented with 13 Division I teams vying to be part of the 68-strong field for the NCAA Tournament that starts in less than three weeks. After the grousing that came from Champaign to Chicago last year when bettors were unable to wager on the second-round showdown between Loyola and Illinois, state legislators took a small step forward in addressing that with the passage of HB 3136 in November.

The bill allows retail sportsbooks to offer pre-game wagers on games involving Illinois schools. How that will impact retail sports betting is somewhat of a mystery as the University of Illinois is currently the only “lock” among in-state teams to be in the field, and there is no guarantee Loyola would be in the Illini’s same sub-region like in 2021 should it make the field.

Beyond those two schools, however, there does not appear to be much hope for Prairie State representation in college basketball’s signature event. Illinois and Loyola are currently the only 20-win schools in the state, and more schools began play Tuesday with sub-.500 records (seven) than winning records (five). That means the only path for everyone beyond the Illini and the Ramblers is to win their respective conference tournaments.

Illinois is ranked 20th in the latest AP Top 25 and is in the hunt for the Big Ten regular season title with a 20-8 overall record and 13-5 mark in conference play. Kofi Cockburn is on the short list for Big Ten Player of the Year, averaging 21.5 points and 10.7 rebounds. The 7-footer has an outside complement in Alfonso Plummer, who has made 42.3% of his 3-point shots and ranks in the top 25 nationally with 88 3-pointers made.

The Illini have other offensive sources in Trent Frazier (12.6 ppg) and Jacob Grandison (10.3) that have them poised for a potential deep run. While wagering on games is a step forward for Illinois bettors compared to last year, futures bets on Illinois schools still aren’t allowed in the state. So placing a wager on the Illini to reach New Orleans or cut down the nets there as NCAA Tournament champions still requires a trip outside the state, with neighboring Indiana and Iowa the closest places available to make those bets.

Brad Underwood’s team enters the final week of the season one game behind Wisconsin for the Big Ten lead and would finish no worse than the No. 3 seed for the conference tournament if it beats Penn State and Iowa in its two remaining games. The Illini’s sweep of Michigan State has ensured a seed no lower than fifth for the Big Ten tournament.

Northwestern (13-14), meanwhile, will need to pull off the unlikely feat of winning the Big Ten tournament to earn its second NCAA Tournament appearance in school history. The Wildcats, who in 2017 ended the longest drought of high-major schools to make a first NCAA appearance, could finish anywhere from 10th to 13th. If Northwestern finishes 11th or worse, it would have to win five games in five days for the conference’s automatic berth.

Loyola looks to exit the Valley as champions

The Ramblers (22-7), who will join the Atlantic 10 Conference next season, travel this week to St. Louis for “Arch Madness,” looking for their third Missouri Valley tournament title in five years. Loyola had a chance to claim the No. 1 seed for the conference tournament, but a 102-96 overtime loss at Northern Iowa on Saturday dropped Drew Valentine’s team to the No. 4 spot with a more arduous path.

Depending on your bracketology of choice, Loyola is either one of the last teams in the field or one of the first teams out. All five of its conference losses have come to teams that finished above .500 in league play, but Loyola does not have a standout non-conference victory. Its wins over Arizona State, Vanderbilt, and DePaul likely carry less weight than neutral-site losses to Michigan State and Auburn.

Getting to the conference tournament final is likely a minimum requirement for the Ramblers, considering that path would include a victory over regular-season champ Northern Iowa.

Loyola opens tournament action with an all-Illinois showdown versus fifth-seeded Bradley (17-13) on Friday. The teams split their two regular-season meetings, with both winning by seven at home. Loyola has won three of the four matchups in the MVC tournament, but Bradley won the last meeting en route to the 2019 title.

In the other half of the bracket, Southern Illinois is the No. 6 seed after a 16-14 regular season. The Salukis, who have not been to the NCAA Tournament since the last of their six consecutive appearances from 2002-07, will face third-seeded Drake in the quarterfinals Friday. Southern Illinois lost both regular-season meetings by a combined three points, including a 62-60 road defeat Saturday.

Illinois State (12-19) would have to win four games in four days to make its first NCAA Tournament appearance since 1998, and the eighth-seeded Redbirds have a play-in game Thursday against Indiana State for the right to play Northern Iowa.

Of the other seven schools, Western Illinois (16-14) is the only team with an overall winning record. The Leathernecks are the No. 6 seed for the Summit League tournament and their bid for a first NCAA Tournament appearance in school history starts against Oral Roberts on Sunday night. Of small solace is the reality that they would avoid a matchup with regular season champion South Dakota State — which beat Western Illinois by a combined 43 points in their two meetings — until the title game.

DePaul (14-14) is in a similar position to Northwestern, needing a spectacular run through the Big East tournament to make its first NCAA appearance since 2004. The Blue Demons will be seeded ninth or 10th for next week’s tournament in New York City.

Illinois-Chicago (13-15) faces Milwaukee on Tuesday night in the first round of the Horizon League tournament, with the Flames looking to leave some scorched earth after the acrimony that came with their announcement to join the Missouri Valley next season.

Northern Illinois (8-20) needs to win its final two games and get some help just to be included in the Mid-American Conference tournament, while SIU-Edwardsville (11-20) must win two Ohio Valley tournament games for a crack at regular season champ Murray State. The Cougars, though, at least made the OVC tournament, unlike Eastern Illinois (5-26).

Chicago State (7-22), the geographic outlier of the Western Athletic Conference, looks to be on the outside looking in for the conference tournament despite its upset of league-leading New Mexico State over the weekend.

Will IL books have bigger numbers than 2021?

Last year, the Illinois Gaming Board provided an incomplete snapshot of NCAA Tournament figures during its April meeting, reporting handle of nearly $177 million and $14.6 million in revenue while missing one operator report. The IGB does not break out handle and revenue by specific sport, but college sports wagering — both pre-game and in-game — in the month of March totaled $260 million when the full report was published.

That total included neither the Final Four and national championship games that were played in April, nor parlay wagers that included bets involving NCAA Tournament games and futures.

This year, there are multiple differences that likely render year-to-year comparisons moot. For starters, this is the first “normal” NCAA Tournament since 2019. There was no tournament in 2020, due to COVID-19, and last year’s event was centralized in Indianapolis.

Any notable bump in retail wagering handle, which totaled $10.4 million for college sports in 2021, could depend on when the Illini play as much as how well they play. Because you can only bet their games in person in Illinois, it may be of consequence whether their games are scheduled for days and times when people would be inclined to hang out at the sportsbook.

And if Loyola joins Illinois in the field, Chicago-area sportsbooks — think Rivers Casino, Grand Victoria Casino, Hawthorne Race Course, and Hollywood Casino locations in Aurora and Joliet — could be beneficiaries of the Ramblers going even one and done.

Illinois handle for the Super Bowl — the largest single-day sports betting event in the U.S. — climbed nearly one-third to $60.5 million year-over-year. A similar percentage increase in mobile college sports handle would project to nearly $335 million, which feels ambitious at the moment considering no new mobile operators have entered the state over the past year.

“At the moment” is the key phrase, however, as BetMGM is on the verge of joining the competition. It has been approved for a Management Services Provider License required for mobile betting, but as of Monday afternoon it had not made the request to the IGB to commence wagering.

Still, BetMGM could be operating come Saturday, when remote registration begins statewide. Pre-existing mobile operators in Illinois — DraftKings, BetRivers, PointsBet, FanDuel, Caesars, and Barstool Sportsbook — are all lining up to entice the bettors who didn’t download apps throughout most of 2020 and early 2021 to add their own version of “March Madness” into what looks to be an already hectic month. 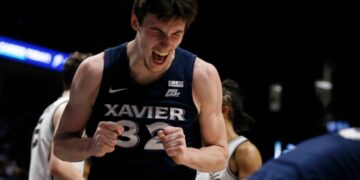