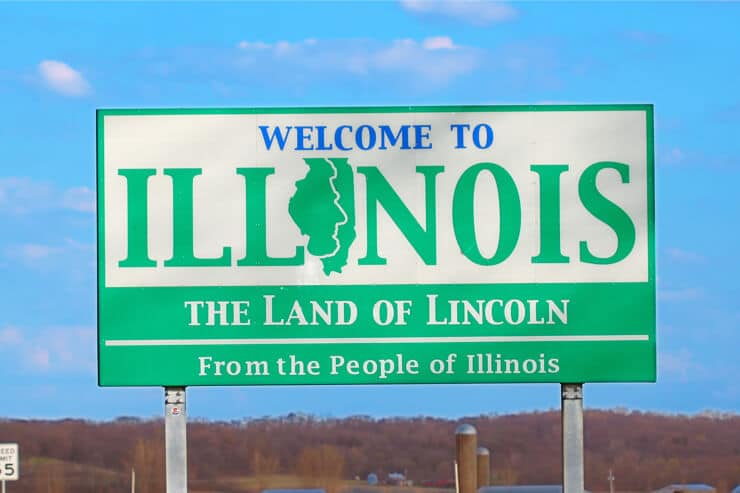 The Illinois Gaming Board moved the Land of Lincoln another step closer to entering the sports wagering market late Thursday afternoon when it released Phase 2 of its sports wagering rules.

The IGB has quickened its pace regarding sports betting, having released Phase 1 last month to launch the application process. Illinois Governor J.B. Pritzker signed sports wagering into law last June as part of a massive gaming expansion bill that granted six new casino licenses and authorized up to four horse racetracks to obtain casino licenses. There could be as many as 23 Master Sports Betting Licenses granted overall — 10 casinos, seven sports venues, three horse racetracks, and three non-tethered online/mobile operators — and the gaming age has been set at 21.

The latest release of rules gives priority to the bids that offer the most revenue to the state, considerations regarding the applicant’s character, and also a commitment to ownership diversity and both training and employing minorities before providing provisional approval. The application period is open for 120 days starting with the application posting on the IGB’s website, and the latest rules mandate applicants must have Tier 2 official league data to offer sports wagering.

“Last June, the General Assembly passed and Governor Pritzker signed historic legislation significantly expanding casino/racino gaming, video gaming, and authorizing sports wagering in Illinois,” IGB Administrator Marcus Fruchter said Thursday in a statement released by the board. “The Illinois Gaming Board has been working in an orderly and transparent way to enact gaming expansion that best serves Illinois and adheres to the Sports Wagering Act.

“Today’s release of Phase 2 sports wagering rules is a continuation of that deliberate and thoughtful process, which will allow sports wagering to commence expeditiously and ethically across the state. We look forward to working with our industry partners to ensure that sports wagering in Illinois operates with high integrity in a manner that is compliant, accountable, profitable, and fun.”

Online betting sparked a controversy in the months leading up to the passage of the gaming bill in Illinois, with potential online-only operators, such as FanDuel and DraftKings, to serve an 18-month “penalty box” delay after the first on-site license is issued. This stems from a 2015 decision by then-Attorney General Lisa Madigan ruling DFS operators constituted illegal gambling under state law when both companies offered play on their websites to state residents. BetRivers in Des Plaines originally wanted a three-year delay before Pritzker brokered a compromise between the sides.

There is still an in-person requirement to register for an online account until the first mobile license is approved, which could put Illinois at a disadvantage against bordering states Indiana in the short-term and Iowa in the longer term. Online registration is important given the size of the Illinois market, which includes the third-largest city in the United States in Chicago — one of six sites also authorized in the bill to open a casino.

Remote registration has greatly aided the expansion of Indiana’s sports wagering market, and two of its three largest casinos in terms of in-person handle — Ameristar in East Chicago and Horseshoe in Hammond — are less than one hour’s drive from Chicago. The Indiana Gaming Commission has reported $429.6 mm in sports wagering from when the Hoosier State took its first bets in September through last month, and December’s report showed that more than 68% of its $161.8 mm handle came via online betting. Ameristar and Horseshoe reported a combined $21.72 mm of in-person sports wagering during the month of December.

To the west, Iowa’s in-person registration requirement provision sunsets Jan. 1, 2021. The Iowa Racing and Gaming Commission reported nearly flat month-on-month numbers for November and December, with mobile betting accounting for over 56% of its $59.2 mm overall handle in December.

With a hefty $20 mm license fee for non-tethered online/mobile operators, the IGB acknowledged the possibility it may not award all three licenses in the initial application period and added a provision to re-open the application process if needed.

Cook County gets its cut

The 15% tax rate on adjusted gross receipts will put Illinois in the middle range among states that offer sports wagering, but Cook County — which includes Chicago in its jurisdiction — will be able to collect an additional 2% of AGR on all bets made “provided the patron is physically located within the county at the time the wager is placed.”

While Cook County is not specifically cited in the bill, the threshold for the tax is a “home rule county with a population of over 3,000,000 inhabitants.” Cook, which has a population of 5,180,493 per the 2010 U.S. Census, is the lone county of 102 in Illinois to meet that threshold, and BetRivers in Des Plaines is within its borders.

Other rules of note

The rules package offered hope sports betting could be available for the NCAA basketball tournament come mid-March. The bill prohibits wagering on games involving in-state schools, which could be disappointing for some locals given that there are 13 Division I teams spread across eight conferences — and high-major programs Illinois and DePaul are vying for spots in the 68-team field.

The new provision allows for futures betting on events such as the NCAA tournament, covering “the final outcome of a series or combination of sports events such as a tournament or season outcome which includes both Illinois and non-Illinois collegiate teams or individuals” but also extending the prohibition on such wagers being placed on Illinois teams.

This rule is consistent with New Jersey’s prohibition on such wagers. Indiana and Iowa have no such provision regarding their college teams.

The Phase 2 rules also establish a “5-block radius” for wagering around sports venues. It defines that radius as 3,300 square feet and incorporates geofencing for mobile betting, noting in Section 1900.1620 “the distance shall be measured as a straight line to the nearest property line of the contiguous property on which the sports facility is located.”

One rule that may be a point of contention for operators is a provision that earmarks the entire proceeds of an expired winning ticket to be deposited in the Sports Wagering Fund as opposed to a 50-50 split between the state and the operator. There are also limits on automated kiosks, which can accept no bet larger than $100 and cannot redeem a payout larger than $500.

The next Illinois Gaming Board meeting is scheduled for Jan. 30.