Get A Grip: The Week In Sports Betting: Illinois Beef, Colorado Handle Rises, PointsBet-NBC, And Kambi-CDI 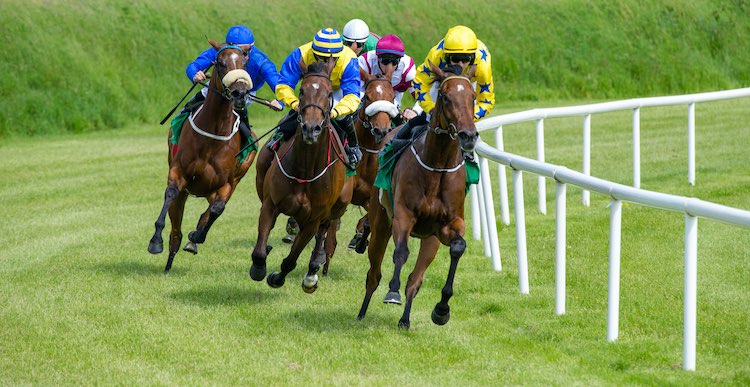 The betting handle in Colorado continued to rise in July, the third month of legal sports betting in the state. The Dept. of Revenue reported total handle of $59.2 million across nine commercial mobile/online platforms and eight brick-and-mortar locations. The state had a hold of 8.78% and received $241,866.91 based on a 10% tax.

Four operators launched on the first day of legal, live sports betting on May 1, and since then, more and more operators have come online — there are currently 10 commercial sports betting platforms, one tribal mobile platform and 15 physical sportsbooks operating.

The Dept. of Revenue does not break down handle by operator, but table tennis  ceded its crown as most bet on sport to baseball, which had its Opening Day on July 23. In order baseball ($9.1 million), soccer  ($7.6 million) and table tennis ($5.1 million) were the most wagered on sports while parlays accounted for $8.6 million in handle.

The bad blood between Rush Street Interactive and DraftKings came to a boil on Monday after DraftKings CEO and co-founder Jason Robins posted a short-lived tweet calling competitor RSI “corrupt idiots” days after Illinois Gov. J.B. Pritzker again rolled back the in-person registration requirement in the state. Robins’ DraftKings went live in Illinois on Aug. 5 when customers were still required to present themselves in person at a casino to register for digital platforms. RSI replied in kind, saying in a statement that it “has never been asked to leave a state.”

The rivalry between RSI and DraftKings (and FanDuel, which just launched in Illinois on Friday) stems from Rush Street’s contention that the DFS giants have operated DFS contests illegally in Illinois, and should not benefit from that activity.

Remote registration is in place until at least Sept. 19.

Churchill’s BetAmerica pivoting to more of the same

As explored by my colleague Brian Pempus for Hoosier Bets, the U.K.-headquartered sports betting software/risk-management supplier Kambi inked another deal servicing a bookmaker competing in multiple U.S. states: Churchill Downs Incorporated, whose BetAmerica is currently operating in New Jersey, Indiana and Pennsylvania, and is poised to further expand.

Good for Kambi, which offers a flexible platform and has penetrated the U.S. market far and wide, but what is Churchill’s thinking here? BetAmerica’s market share, at present, is microscopic. Its platform is currently powered by SB Tech, which was acquired by competitor DraftKings, which will be moving from Kambi’s technology to something in the works from SB Tech. CDI has a stake in Rivers Casino in Illinois, whose BetRivers Sportsbook is also powered by Kambi, and has said that  it will not launch a competing (or complementing) sportsbook in Illinois via Arlington Park.

Other Kambi books operating in the U.S. and the same jurisdictions as BetAmerica? Unibet, Parx Sportsbook, and the forthcoming Barstool Sportsbook from Penn National, which will also integrate Kambi products. Meaning same/similar odds, lines, markets, similar aesthetics and the like.

The point is: CDI/BetAmerica will be coming to the pot luck dinner with a dish that’s hardly distinguishable from what everyone else is bringing, and with equal or lesser brand recognition. It might behoove someone to develop some new technology, something to stand out, rather than slapping a logo on the same thing. Which is what PointsBet has done, and a big reason why PointsBet’s tide is rising after locking up a partnership with NBC Sports, which has a mammoth reach in the U.S. via live sports programming and digital media.

More of the most interesting, important sports betting (and some sports) stories of the week

The Sports Betting Parlor of the Future Might Be Philadelphia’s Largest Restaurant https://t.co/BHUQEs3Kk7 via @sportico @novy_williams #SportsBiz #sportsbet

HIATUS: Bettor talks through the sports shutdown and bounce back in Colorado [CO-Sun]

SIT AND GO: Playing poker online during lockdown? Turns out you are not alone [Bloomberg]

MITTEN: Public comments on the way in Michigan, where sportsbooks are readying to go live in the next three-four months [MI Bets]

Spreadsheet update of share price performance since PASPA was repealed (5/11/18 was last trading day). Also adding 2021E median revenue estimates compiled by Bloomberg to give a forward looking view of size. Holler if something seems off.

In a two-part feature, @GamblingComp highlights our partner @JKudon and his market-leading work shaping sports betting legislation around the country on behalf of professional sports leagues and the fantasy sports industry. #sportsbetting #fantasysports https://t.co/QAmXOZOTEo

Eventually everyone will figure out, sports betting isn’t about sports betting. It is about creating a business with a higher multiple to be either bought out or leveraged for another purpose such as directing people to another product. Get used to it.