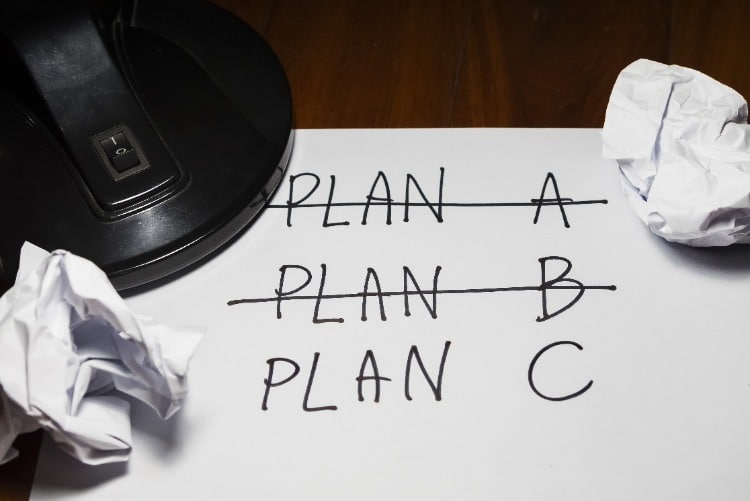 The new normal is constant change in Illinois. On Friday afternoon, reports surfaced that Gov. J.B. Pritzker once again rolled back the in-person registration requirement for Illinois sports betting until Sept. 19. The relevant part of Executive Order No. 52, which was posted over the weekend, reads:

DraftKings earlier this week started a campaign to ask for remote registration … again … and there has reportedly been plenty of lobbying going on in Springfield this week. DraftKings and BetRivers are the only mobile/online sportsbooks currently available in Illinois.

Less than 2 hours after being notified last night that mobile registration is back in IL, @DKSportsbook was ready to go. Moments later, the marketing machine turned on. So proud of the #DKNG team for rallying late on a Friday to get this done. Game on Illinois!

Pritzker first lifted the in-person registration requirement — which means that customers must visit a brick-and-mortar casino in order to register for an online/mobile sports betting account — on June 4, just as professional sports were beginning to get back into action after heavy COVID-19 restrictions began easing. Pritzker renewed the order once, but did not do so on July 24, and remote registration expired on July 27. Since then, operators have been talking about mounting a grassroots campaign — which DraftKings did — or otherwise lobbying the governor’s office.

Was it safe to require in-person registration?

When Pritzker lifted the order, there was some backlash as many believed that forcing people to go out to a crowded casino when the option to play from mobile devices exists flew in the face of a nation battling one of the most prevalent health crises in history. Remote registration allows bettors to register for digital sports betting platforms from their mobile devices or computers.

News of the latest Executive Order broke via Twitter, with Tweets from lobbyist Jeremy Kudon and GamblingCompliance reporter Matt Carey:

MOBILE SIGN UP IS BACK IN ILLINOIS! Thank you @GovPritzker

Pritzker's latest order extends remote registration through Sept. 19, and given how rapidly the situation has changed in Illinois, I'd expect to see a *massive* push from the DFS powerhouses to get as many people registered as possible before the clock strikes midnight again.

The return of remote registration reignites fires at both FanDuel and PointsBet, both of which have been inching toward going live in Illinois, but likely felt less pressure to do so without the remote option. Being first to market in a jurisdiction with remote registration is a win, and both BetRivers and DraftKings are already live in Illinois. BetRivers went live in mid-June and DraftKings opened the doors to its retail DraftKings at Casino Queen sportsbook and launched its app on Aug. 5.

BetRivers was the only book able to take advantage when Pritzker lifted the in-person registration requirement in June. DraftKings went live just days after it was reinstated. Remote registration has been a hot-button issue in Illinois dating back to the legislative process. Whether or not to allow remote registration became an issue when Rush Street Interactive asked lawmakers to penalize daily fantasy giants DraftKings and FanDuel and prevent them from leveraging their databases for sports betting.

RSI argued that following a 2015 Illinois attorney general’s opinion, both companies were operating illegally in Illinois and continued to do so. Lawmakers created an 18-month “penalty box” that was supposed to give local sportsbooks a head start on digital sports betting by delaying the approval of online-only sports betting licenses for at least 18 months and requiring in-person registration until the first online-only platform went live. In addition, an online-only license is priced at $20 million vs. $10 million for licenses for casinos and horse racetracks.

Fairmount Race Course renamed itself “FanDuel Sportsbook and Horse Racing” with the same idea in mind, but has yet to launch because Fairmount is not licensed. FanDuel has altered its plans and is now aiming to go live in the next few weeks in a co-branding situation with the Par-A-Dice Casino through a deal its long had with Boyd Gaming.