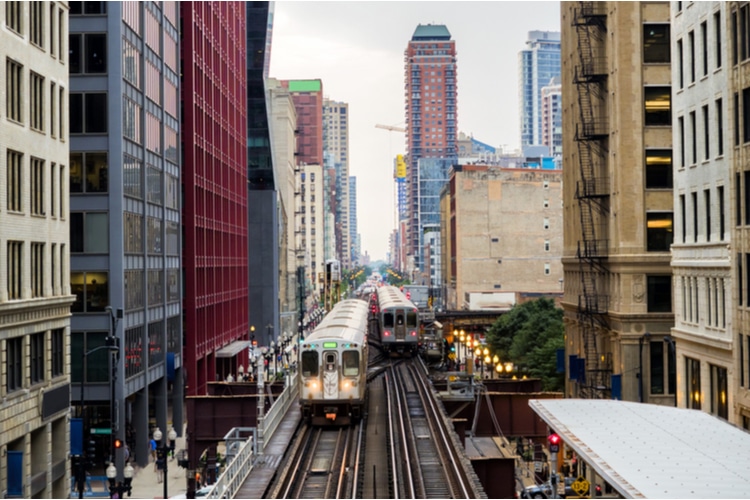 The Illinois Gaming Board reported sports betting revenue totaling more than $37.6 million for July on Thursday as operators had another strong month against the public.

The 10.19% win rate on a traditional handle of more than $369.1 million for the month set a record for the second straight month as it bettered the hold of 9.97% in June. Handle in Illinois, however, mirrored the dip nationwide as July’s figure was 22.5% lower than the $476.5 million reported by the state agency the previous month.

Illinois’ revenue was off by 20.8% compared to June, when the $47.5 million collected by operators nearly eclipsed January’s record haul of $47.9 million. The state collected more than $5.6 million in tax receipts in July, raising the total to nearly $43.9 million for the year. Cook County, which collects a 2% tax on adjusted revenue on wagers made in its jurisdiction — which includes the city of Chicago — received $417,039 in July and more than $3.4 million so far in 2021.

For the month, Illinois finished third in handle behind New Jersey and Nevada and behind only the Garden State for revenue. The Prairie State ranks third and second, respectively, in those categories for the year with more than $3.6 billion wagered and $292.6 million in revenue.

Overall, the national handle for July narrowly topped $2.8 billion, a 23.9% drop versus the nearly $3.68 billion wagered in June and the 11th-highest monthly total in the post-PASPA era that started in May 2018.

The gross sports wagering revenue nationwide for July tumbled 19.8% to $268.2 million, with the national 9.58% win rate for operators ranking fourth post-PASPA. Nineteen states and the District of Columbia collected more than $37 million in tax receipts from sports betting revenue in July.

In what has become a monthly mantra for sports betting in Illinois, parlay wagering continues to be popular and a key source of operator revenue. Overall, operators collected more than $16.9 million in revenue from $79.6 million in parlay wagers for a robust 21.25% win rate. It was the second straight month the win rate topped 20% in Illinois, and operators have racked up more than $136 million on parlays through the first seven months of the year.

FanDuel, which has been the trendsetter in this category with its “Single Game Parlay” that other operators are now introducing in various forms in a bid to catch up leading into the NFL season, accounted for just shy of $10 million in parlay revenue in July while posting an eye-popping win rate of 29.17% on nearly $34.3 million wagered.

Its revenue generated from parlays alone would have been enough to lead all operators in Illinois, but the revenue from all other categories padded FanDuel’s bottom line to more than $15.6 million as its overall win rate was 13.21%.

DraftKings, which edged out FanDuel for the highest mobile handle in the state at $120.3 million compared to FanDuel’s total of $118.3 million, had nearly $9.1 million in revenue. Nearly half of DraftKings’ revenue originated from parlays as it claimed $4.3 million from $31.5 million wagered.

PointsBet claimed fourth in both handle ($27.1 million) and revenue ($2.7 million) among the state’s six mobile operators, topping Barstool Sportsbook, which reported $22.8 million and $2.1 million, respectively. Caesars continues to struggle to get a foothold in Illinois — its $4 million handle accounted for just 1.1% of the $351.5 million worth of mobile bets placed.

Rivers Casino continues to be the primary driver in retail handle and accounted for more than half of the $18.1 million handle from in-person wagers as $9.4 million was bet at its Des Plaines location. But a year-low hold of 2.07% resulted in just $194,913 in revenue, which ranked fourth among the state’s nine operators.

DraftKings at Casino Queen on the other side of the state in East St. Louis took top revenue honors for July with $488,256 as it posted a 19.87% win rate. In nearby Alton, the Argosy also had a solid month with $308,348 and 18.28% hold. Hawthorne Race Course, which also has the benefit of two off-track locations in Rolling Meadows and Crestwood, edged Rivers out for the final podium spot with $196,957 in revenue from more than $1.5 million wagered.

Hollywood Casino in Aurora, the retail tether for Barstool’s mobile app, narrowly missed overtaking Rivers as well, finishing with $192,711 on a state-best 22.7% win rate from nearly $850,000 in handle.