Land of Lincoln claims No. 2 spot nationally for April handle as Nevada slips to fourth 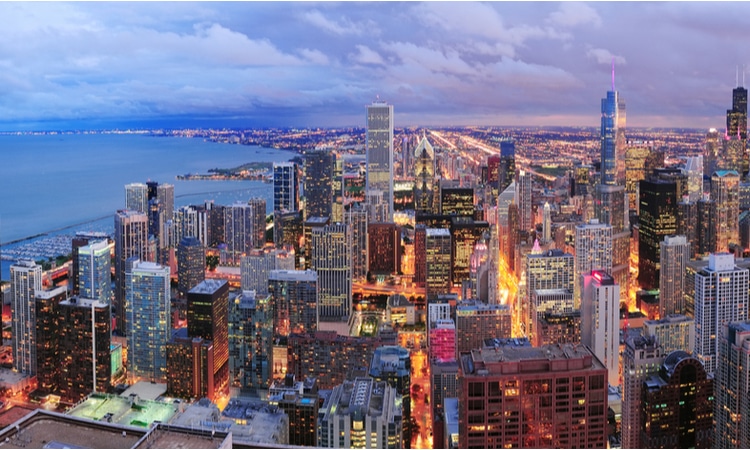 There was a bit of a shuffle atop the leaderboard for sports betting handle by state in April as Illinois officially claimed the No. 2 spot nationally Wednesday after the state’s gaming board reported a traditional handle of more than $537.1 million.

Illinois’ reports lags behind other states in terms of disclosure due to accounting rules and a longer period for operators to disclose their numbers. While the April figure was 15.2% below March’s record handle of $633.6 million, Illinois was one of only two states to clear one-half billion dollars in wagers for the month. New Jersey lapped the field at just shy of $748 million.

April’s handle marked a high-water point in terms of national ranking for Illinois, which began accepting wagers in March 2020 and launched online operators last June. As the Prairie State moved up, Nevada slid down — the Silver State’s handle of nearly $457.8 million ranked fourth for April, also behind Pennsylvania, which had sports betting handle $479.4 million. It was the first time in the post-PASPA era outside of COVID-19 related reporting that Nevada finished a month below No. 2.

Illinois sportsbooks generated more than $43.6 million in adjusted gross revenue, resulting in a hold of 8.12%. The higher win rate compared to March (6.99%) resulted in a drop-off of AGR of less than $1 million compared to last month. The state collected $6,540,899 in tax receipts, while Cook County separately claimed $527,100 in tax receipts from the over $26.3 million in AGR generated on wagers within the county.

Online wagering totaled more than $515.1 million for April, accounting for close to 96% of the completed events handle of nearly $539 million. FanDuel, which extended its run as the top online revenue generator in Illinois to five months with more than $15.8 million, finally added the top monthly online handle crown for the first time since entering the state in late August.

FanDuel generated more than $177.3 million in online wagers in April and joined DraftKings in clearing $1 billion in such bets placed in Illinois since launch. The two companies accounted for nearly two-thirds of the mobile handle for April as DraftKings was a strong second with more than $165.6 million in accepted wagers.

BetRivers kept its hold on third in terms of online handle with nearly $72.7 million, while Barstool Sportsbook overtook PointsBet for fourth in its first full month of mobile wagering. The Penn National Gaming partner accepted nearly $51 million in wagers, while Australian-based PointsBet generated handle of nearly $40.2 million. That was a drop of 24.1% from March, but PointsBet’s handle total was comparable to both January and February as it surpassed $300 million since accepting its first bets in Illinois last September.

DraftKings also finished second in online revenue with more than $11.4 million, followed by BetRivers ($7.1 million), Barstool ($3.8m), PointsBet ($2.75m) and William Hill ($185,814) to round out the state’s six mobile operators. William Hill does not offer parlays and has a limited menu for in-play wagering.

Even with bettors slightly improving on parlay wagers compared to March, the house win rate of 16.34% in April resulted in operator revenue of more than $19 million on more than $116.4 million in bets. Parlay revenue accounted for more than 43% of all April revenue and has totaled more than $75.5 million in Illinois through the first four months of 2021.

Sportsbooks were also still rewarding bettors for their winning football picks, with the $3.5 million in payouts exceeding the nearly $3.1 million in bets placed for the month.

The retail sportsbooks in Illinois contributed nearly $2.7 million to the revenue total, posting an 11.22% hold on nearly $23.9 million wagered. Rivers Casino in Des Plaines just outside of Chicago accounted for nearly half that handle ($11.9 million) and paced all brick-and-mortar sportsbooks with slightly more than $1.1 million in revenue.

The only other retail sportsbook to clear more than $200,000 in revenue was DraftKings at Casino Queen. The East St. Louis venue generated $761,689 on slightly less than $4.2 million wagered, resulting in an 18.2% win rate.

In its first full month of retail operation, FanDuel Sportsbook and Horse Racing — formerly known as Fairmount Park — generated $545,966 in handle and $24,566 in revenue, resulting in a 4.5% hold. Hawthorne Race Course, the state’s other horse racing track with a sports betting license via PointsBet, generated more than $1.2 million in handle and $140,292 in revenue.

Hawthorne, though, does have two off-track betting sites taking wagers in Crestwood and Prospect Heights in addition to its track location in Stickney on the south side of Chicago.