Industry stakeholders and observers ok with tax rate, but little else 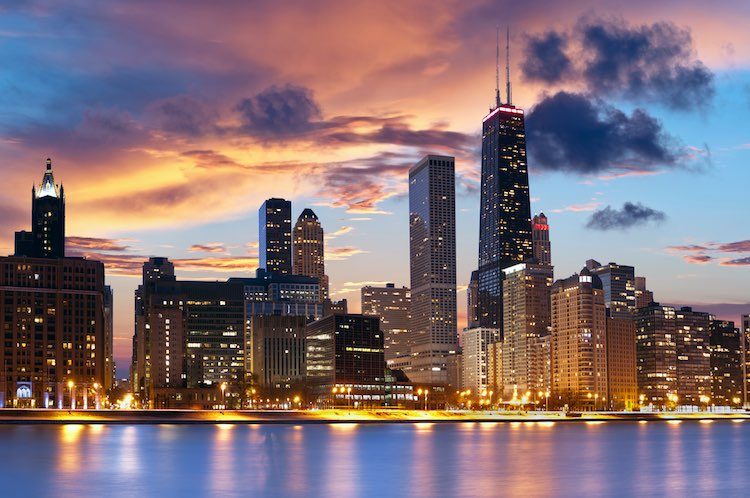 If one thing is clear after a weekend of wheeling and dealing, Illinois lawmakers accomplished their main goal — to legalize sports betting. But as times wears on, the issue of how they legalized and how the industry will respond to a bill that is, in the words of one source, “not the best,” will come to light.

A day after the Senate sent a giant capital bill with sports betting tacked on to Governor J.B. Pritzker, it’s clear that industry stakeholders and onlookers feel that Illinois could have done better. But as the American Gaming Association’s Senior Vice President of Public Affairs Sara Slane told Sports Handle, “It can get very ugly and it can very jumbled and it can get very complicated, and that’s the nature of legislation, of politics. … Sometimes perfect can be the enemy of good.

“I don’t think anyone would say this legislation is perfect. I think everybody walks away disappointed about something. I think a legislator would tell you that’s a sign of good legislation.”

Bill ‘does not create the ideal market’

Looking at the bill from an industry perspective, Brendan Bussmann of Global Market Advisors, a consultancy firm in the gaming, entertainment, sports, and hospitality sector that has done extensive work on sports betting around the globe, may have better summed up the sentiment of operators.

“Illinois passed in overtime a large gaming package that could be equated to a sports betting version of the Affordable Care Act where you have to pass the 816-page amendment to know what’s in it,” he told Sports Handle. “While there are several parts of the bill that are good aspects for gaming in general, the sports betting portion of the bill does not create an ideal market between the license fee, tax rate, official league data, and other key aspects.”

With barely 24 hours to digest Illinois’ bill, we thought it wise to look at the key issues and get some feedback. The issue that took center stage in the weeks leading up to the vote, was the so-called “penalty box,” which would have kept daily fantasy and online sports betting giants DraftKings and FanDuel out of the market for three years. The “compromise” is an 18-month waiting period for online-only operators, of which there will only be three, eventually.

That issue clouded others that on their own have been contentious and key drivers in other states. Here’s a look at each of the critical issues of the Illinois sports betting bill, along with commentary from stakeholders.

Illinois lawmakers initially proposed a 20 percent tax rate, so bumping it down to 15 percent was welcome by potential operators, though it’s still on the high side of what operators view as acceptable. That said, there was little discussion about the tax rate in the waning weeks. Cory Fox of FanDuel said the number was acceptable enough that while company “always wants to see lower, we have no real objections.”

Across the country, sports betting tax rates range from a low of 6.75 percent in Nevada to a high of 51 percent in lottery-run Rhode Island. On balance, 15 percent is palatable, and the rate is the same for physical and interactive sportsbooks.

A few weeks ago, sports betting bill sponsor Mike Zalewski (D-District 23) seemed to express music to the leagues’ ears, when Tennessee passed a law that mandated the purchase of official league data, saying at the time that it set precedent for Illinois to do the same. State lawmakers did just that. Major League Baseball and the National Basketball League have been carrying the torch for the professional leagues, and both have been pushing for a data mandate and an “integrity fee.” They got one of two in Illinois, however the legality of such a mandate, namely under antitrust law, and the scope of “commercially reasonable” remain open questions.

What happens now? After months of wrangling in Illinois, and nearly a year of dealing with this issue across the country, there has been enough name-calling and questionable dealings, that it’s likely operators don’t trust the pro leagues and vice versa. The AGA has advocated that the purchase of official league data be handled through contracts rather than legislation. But here we are.

“The overarching objective for the NBA and MLB is to have in-play betting, so their objective is to get that data out there,” Slane said. “But there is mutual distrust, there’s a little bit of a game of chicken going on here. Both parties want it and want it to happen, but you’re not going to trip over dollars to pick up pennies.”

No betting on Illinois college teams

College athletic directors across the country have made a the case for banning betting on the home team. In Illinois, lawmakers ultimately bought into the concern that college athletes are more vulnerable than their professional counterparts. Those around college sports believe that these younger athletes are more accessible and more likely to be swayed by buddies who have bet on a game than well-paid professional athletes. But disallowing betting on any local team leaves money on the table — both for operators and for the state.

.@AmerGamingAssn responds to NCAA President Mark Emmert raising concerns of the potential impact of sports betting on college sports. His comments were made at last week's NCAA annual convention in Orlando.

AGA response is via @SaraSlaneAGA, SVP of Public Affairs. pic.twitter.com/I4gAwLD2XY

The AGA has long held the position that any kind of “carve out” merely sends more money to the black market, or out of state. In this case, Illinois bettors will soon be able to pop over the border to Indiana or Iowa, both of which legalized sports betting earlier this year, to place their bets on Illinois basketball or Northwestern football.

“We believe that the black market is the worst thing for athletes at all levels, so it doesn’t make a lot of sense for states to take out certain college sports, but it’s something we’ve seen in other states,” said FanDuel’s Fox.

Sports betting bill sponsor Zalewski has been quoted as saying that this issue was sucking “all of the oxygen out of the room.” By the time his sports betting bill was hitched to the capital bill that’s waiting for Pritzker, it was clear that lawmakers decided to take matters into their own hands.

Briefly, Illinois-based Rush Street Interactive have proffered that DraftKings and FanDuel have been operating their daily fantasy businesses illegally in Illinois. As penance, the company asked for a three-year “penalty box,” during which time neither would be allowed to operate. DraftKings and FanDuel thought this ridiculous, and lobbied against it, both on the ground in Springfield, behind closed doors and with a YouTube advertisement ripping Rush Street and its Rivers Casino.

Lawmakers chose to tune out the noise and make their own decision. According to the text of the bill, physical sportsbooks in Illinois (casinos, racetracks and sports venues) can launch bricks-and-mortar and interactive platforms as soon as they are licensed and regulations are in place. There are two caveats — in-person registration is required for the first 18 months and the mobile site must be branded the same as the physical site. For example, DraftKings partners with Caesars, but if DraftKings runs the mobile site, it must be branded as Caesars.

The bill ultimately allows for three online-only sports betting master licenses, at an initial cost of $20 mm, 18 months later. In essence, Illinois businesses will get an 18-month head start on online sports betting, and companies like DraftKings, FanDuel, theScore, PointsBet or you name it will have to sit on the sidelines before being able to launch under their own banner. That $20 mm license fee is good for four years. After that online-operators must pay a $1 mm/year to keep their license.

While it’s not a three-year delay, online operators aren’t happy.

While it is good to see sports betting bills passed, excluding DraftKings and FanDuel is like passing a ride sharing bill that excludes Uber and Lyft. Very disappointing that Illinois customers will not have the best options available to them for 18 months.

When the three-year delay was on the table, DraftKings promised legal action should it pass. At this point, it’s tough to know if a lawsuit would be worth it. Or if both DraftKings and FanDuel would be better off using their resources elsewhere. The only thing that is certain is that 24 hours out, no one has gotten through the 800-plus page bill, so it’s unclear what will happen next.

“We’re still reviewing all of our options,” said FanDuel’s Fox. “We’re excited that there will be full mobile in Illinois at some point. It is a big deal, the status quo was that we could not offer sports wagering in Illinois at any point, and now we can at some point.”

Measured words, for sure. But neither DraftKings nor FanDuel is likely to launch any sort of offensive until they’re 100 percent clear on what’s in the bill. That said, it’s also questionable whether or not either would agree to run the mobile books for their Illinois partners (Caesars for DraftKings and Boyd Gaming for FanDuel). They may choose to hold out and launch under their own banners down the road, or perhaps more Illinois politics will spin things in another direction come the request-for-proposal process for those three licenses.

Rush Street Interactive essentially got what it wanted — a head start for the local vs. national companies.

“We are excited by the legalization of sports betting and the prospect of making history by bringing our innovative and award-winning mobile platform to Illinois.” Richard Schwartz, president of Rush Street Interactive said in a statement Sunday. “Just this past week we made history in Pennsylvania for being the first to launch an online sportsbook. We look forward to bringing the same top quality, award-winning products and services to players in Illinois where we are headquartered.”

The next step is for Pritzker to sign the bill, which seems a forgone conclusion as he tasked the general assembly with crafting both a capital bill and a sports betting bill earlier this year. Then the hard work begins, as operators begin to build out their sportsbooks, develop offerings and train staff, while the state gaming commission gets to work on developing regulations. Through this whole process, there has been little mention of when sports betting would launch, but it’s a good bet that the goal is by the start of football season, which is the most lucrative of the year.

In the bigger picture, Illinois lawmakers view legalizing sports betting as a victory. But those in the industry seem to be viewing with a fair amount of disdain.

“While most observers thought this would pass when they went into overtime on Sunday Bloody Sunday, I think you can best summarize the sports betting aspects of this bill by the U2 song ‘I still haven’t found what I’m looking for,'” said GMA’s Bussmann. “It should not be just about passing a bill to pass a bill, let’s craft the market with the best possible legislation the first time.” 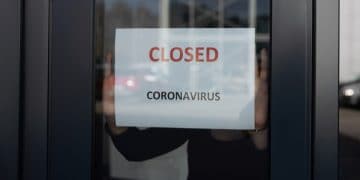 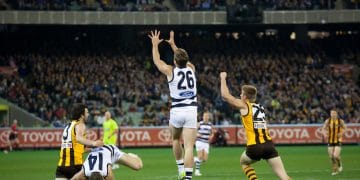