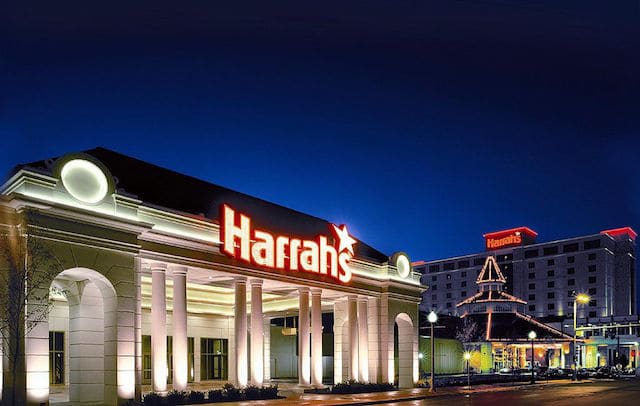 While lawmakers across the nation have been talking about being “first movers” in the race to make sports betting legal, Illinois is taking a different tack. Lawmakers are embracing slow and steady, so they’re not planning on passing any sports wagering legislation before their session ends on May 31.

The Supreme Court on Monday struck down the Professional and Amateur Sports Protection Act, the 1992 law that effectively banned full-fledged sports betting in every state except Nevada. The ruling paves the way for individual states to legalize sports betting, and while Illinois has been among the states seriously considering legislation, now that there is a clear pathway, lawmakers don’t want to rush things.

“I learned that some states were so much of a hurry to pass a law on this that they screwed it up,” Representative Lou Lang (D-District 16) told the Daily Herald. “We’re not going to screw it up. We’re going to do it right. And I’m not going to put a (House) bill together and get it out there for people to look at until I’m comfortable that it’s the right bill.”

Lawmakers Plan to Take Their Time Making Illinois Sports Betting Legal to Avoid ‘Screwing It Up’ With 2 Weeks Left in Session.

His Senate counterpart, Steve Stadelman (D-District 34), who also happens to be the chairman of the state’s Gaming Committee, agrees. The goal now would be to set the table for the 2019 legislative session.

“I think that this will be something that will be discussed and negotiated in the months ahead,” Stadelman said. “And probably, more realistically, we’re looking at this fall or maybe early next year when we see something concrete.”

In addition to wanting to take their time, Illinois lawmakers are faced with a governor who isn’t all that enthusiastic about sports betting and at least one lawmaker who believes that time is of the essence.

“I’ve been clear on gaming: I personally don’t gamble,” Governor Bruce Rauner said at a press conference. “I think that gambling is something that takes money away from folks who can least afford to lose their money. … That said, people like to gamble; it’s here. I believe in local control. I personally support those communities that would like to see gaming expanded in their communities.”

In the House, Representative Mike Zalewski (D-District 23) stands in opposition of his fellow lawmakers — at least in terms of timing. Zalewski told the Chicago Sun-Times that he is concerned that since the federal ban got knocked out, that Illinois runs the risk of a rogue operator setting up shop and taking sports bets, even though state law would prohibit that.

“We would be reckless if we didn’t try to get a law on the books as soon as possible,” Zalewski told the Sun-Times.

Illinois Has Multiple Sports Betting Bills Floating Around the Legislature, but None Have Gotten Out of Committee.

Illinois lawmakers have introduced at least four bills relating to sports betting during the current session, but three of them failed to meet a deadline imposed by the Gaming Committee in early May and remain in committee.

Stadelman’s bill, SB 2478, remains in committee and earlier this month, his office confirmed the Senator was seeking an extension from the Gaming Committee. The bill, referred to as the “Sports Consumer Protection Act,” tasks a state agency with enforcing sports betting laws for both in-person and mobile sports wagering.

SB 3432, sponsored by ex-NFL running back Napoleon Harris (D-District 15), which includes that 1 percent “integrity fee” for the leagues, also failed to get a third reading and Harris’ office said the bill is effectively dead.

A third bill, SB 3125 sponsored by Senator William Brady (R-District 44), would amend the Illinois Horse Racing Act of 1975 to allow sports wagering at racetracks. The bill was referred back to the Assignments Committee late last month.

On the House side, HB 5186, the so-called “Sports Wagering Act,” introduced by Rep. Tim Butler (R-District 87), isn’t gaining much traction, either. It was referred to the Rules Committee in February and remains there.

lllinois has both commercial casinos and horse-racing tracks, both of which could have sports betting, should the state pass a law to make it legal. The state is also surrounded by multiple other states that are looking at sports betting, including Indiana, Kentucky and Missouri.

But the state in the region most likely to pass sports betting legislation first is Michigan, where lawmakers are hoping to get bills into committee workgroups as early as next week with the hope of passing legislation in the House before the summer recess begins in June.