Holds off Nevada for No. 2 again as 2021 national handle clears $20 billion 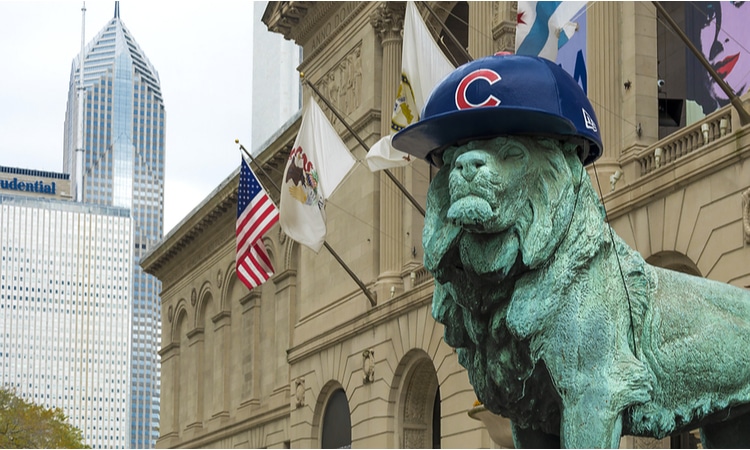 Photo by Rarrarorro via Shutterstock

The Illinois Gaming Board reported on Tuesday a sports betting handle of nearly $507.3 million for May as the Prairie State maintained its hold on the No. 2 spot nationally for the second straight month.

The handle was 5.6% lower than April’s total of nearly $537.2 million, but it also was the fifth consecutive month bettors in Illinois wagered more than a half-billion dollars on sporting events. The Prairie State again topped Nevada among legal sports betting jurisdictions, though the gap between the two shrank from more than $79.3 million in April to just $29.7 million in May as tourist travel to Las Vegas continued to pick up.

Additionally, Illinois has again started requiring in-person registration for access to mobile wagering, which could serve as a potential drag on handle in the slower non-football months.

The IGB’s May report also pushed the national handle over $20 billion through the first five months of 2021 — compared to the $21.5 billion for all of 2020, which was severely impacted by the COVID-19 pandemic. For the second straight month, New Jersey and Illinois were the only two states to reach $500 million in monthly handle.

Sports betting revenue in Illinois also dipped, dropping 16.9% month over month to $36.2 million. The hold for operators in May was 7.14%, nearly one full percentage point below April’s 8.12% hold that contributed to operators generating more than $43.6 million in adjusted gross revenue. The state received more than $5.4 million in tax receipts for May, which translates to more than $31.1 million through the first five months of the year, and Illinois is on the cusp of clearing $50 million since the state’s sportsbooks began accepting legal wagers in March 2020.

Cook County collected $419,670 in taxes from the nearly $21 million in AGR on wagers placed within the county. Illinois’ largest county in terms of population, which includes the city of Chicago, has collected nearly $2.4 million in tax revenue from sports wagering in 2021.

FanDuel tops in revenue thanks to parlays

Though FanDuel could not hold off DraftKings when it came to generating online handle in May, FanDuel accounted for more than half of all online operator revenue for the month, totaling more than $19.2 million from nearly $155 million wagered.

Parlay wagering has been a big draw in Illinois since launch, and May was no different with $110 million bet. FanDuel accounted for nearly half that handle at $54.4 million, and the $13.4 million in revenue the online titan generated from those bets accounted for close to 70% of its Illinois revenue in May. Its parlay hold was a robust 24.67% — well above the overall 18.85% for all online operators in that category.

DraftKings, which led state online operators in handle for May with nearly $166.2 million wagered, was a distant second in revenue with $6.5 million. That was 43% lower than April’s haul of more than $11.4 million, as DK’s hold was just 3.93%. Bettors won nearly $1 million more than the $46.8 million they wagered on baseball and golf combined, but parlays helped fatten the sportsbook’s bottom line — DraftKings won more than $4 million off close to $32.6 million placed on such bets.

BetRivers became the third online sportsbook to clear $1 billion in total handle in Illinois with more than $76.7 million wagered in May, and the 5.6% increase month over month represented the largest increase among the state’s six online operators. Its revenue, however, took a sharp hit, as the nearly $4.7 million generated was 34.5% lower than April’s total of $7.1 million.

Barstool Sportsbook edged out PointsBet for fourth in handle, with the Penn National Gaming outfit accepting more than $38.4 million in bets compared to the Aussie sportsbook’s total of nearly $37.6 million. Barstool’s handle, though, slipped 24.6% from April while PointsBet’s dip was a more modest 6.5%.

PointsBet generated more revenue than Barstool, with nearly $2.3 million in revenue compared to the close to $1.7 million from Barstool. Nearly half of PointsBet’s revenue — slightly over $1 million — was derived from parlays, while Barstool generated 40% of its revenue for May from parlay bets.

William Hill saw a slight increase in month-over-month handle to $8.4 million, but the Caesars-powered online sportsbook failed to generate any revenue for the second time in three months as bettors collectively finished the month about $200,000 ahead.

Since entering Illinois just prior to the NCAA tournament in March, Barstool Sportsbook has generated more than $136.2 million in handle. While the overall statewide online handle of $1.6 billion spanning the last three months is less than a 2.5% increase compared to the three months before Barstool’s launch, its presence has contributed to an altering of the marketplace.

Though Rivers Casino in Des Plaines accounted for nearly half of Illinois’ retail handle in May with more than $12.2 million wagered, DraftKings at Casino Queen on the other side of the state in East St. Louis claimed top honors for monthly revenue with $579,550 on the strength of a 15.05% hold against more than $3.8 million wagered.

Rivers placed second at $531,305 as its hold was just 4.35%, but it did become the first retail sportsbook in the state to surpass $100 million in total handle.

The Argosy Casino in Alton was the only other retail sportsbook to clear $200,000 in revenue for May, generating $347,295 thanks to a hold of 12.95% versus nearly $2.7 million bet. Hawthorne Race Course’s two off-track betting sites in Crestwood and Prospect Heights contributed to a May handle of more than $1.5 million — more than double that of the state’s other track accepting wagers, FanDuel Sportsbook and Horse Racing, which handled $673,520 in bets. The handle for the track formerly named Fairmount Park, however, was 23.4% higher than April.

Hollywood Casino’s two locations in Aurora and Joliet reported nearly $2.6 million in combined handle, but bettors in Aurora squeezed out $2,502 in profit from nearly $1.44 million wagered. Overall, the state’s 11 retail locations when including Hawthorne’s OTBs generated close to $1.9 million in revenue from more than $24.5 million wagered.