Sports Betting Handle In Illinois Climbs To $581.5 Million In January 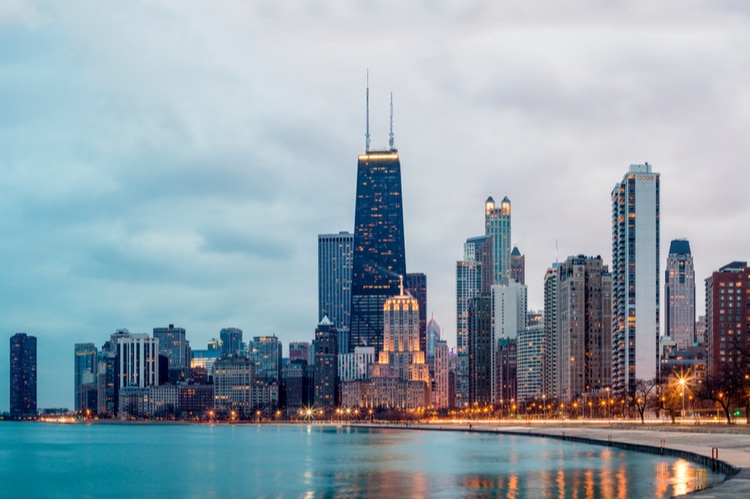 The Illinois Gaming Board on Wednesday reported another record handle month for sports betting in the state, with operators accepting more than $581.5 million in bets for January.

The Land of Lincoln has set a monthly record with each release by the IGB dating back to its launch in March 2020, and January’s handle was an increase of 18.3% from December’s total of over $491.7 million. Illinois has had mobile sports wagering available since last June, and thanks to Gov. JB Pritzker’s repeated renewals of Executive Order 2020-41 suspending the in-person registration provision to obtain mobile access, it continues to be the primary driver of handle growth.

Operators across the state posted a win rate of 8.24% and generated more than $47.9 million in revenue, which was also a monthly record since launch and more than double December’s total of nearly $23.9 million. The state’s tax coffers received nearly $7.2 million in receipts, while Cook County — home to Chicago — collected just shy of $480,000.

Customarily the last state to publish its revenue report for a given month, Illinois completed what was another record-setting month for the national sports betting industry in handle, revenue, and taxes generated. Among the 18 states and the District of Columbia that report handle (New York does not), there was more than $4.36 billion wagered in January. Operators in those 20 jurisdictions totaled nearly $361 million in revenue to kick off 2021, while state governments collected more than $54.3 million in taxes from that revenue.

While it will be some time before it can be determined what impact Barstool Sportsbook will have when it launches Thursday as the first new mobile sportsbook in Illinois since mid-September, it is clear DraftKings is currently the top choice for bettors on their smartphones.

The Boston-based outfit posted a handle of nearly $242.7 million in January, accounting for 42.3% of the state’s mobile handle of more than $574 million. That was an increase of 25.3% month over month from December, when DK paced Illinois’ mobile operators with $193.7 million.

FanDuel widened its gap over BetRivers for second, though both again cleared $100 million in handle. FanDuel recorded a 21% increase to more than $173.2 million for January, while BetRivers dipped 1.3% compared to December with $109.2 in bets.

PointsBet and William Hill maintained their spots in rounding out the state’s mobile options. The Australian-based PointsBet surged 26% higher in handle compared to December, clearing the $40 million mark, while William Hill had another double-digit month of growth in terms of percentage as it ticked higher to nearly $8.8 million worth of accepted wagers.

Retail wagering returned after the casinos were shuttered throughout December due to COVID-19 mitigation measures. Rivers Casino in Des Plaines, already the top operator when it comes to casino gaming, accounted for nearly 60% of the $6 million in retail handle generated, while its $627,620 in revenue was nearly three-quarters of the combined total from the eight sportsbooks taking in-person wagers.

Much of the monthly record revenue generated came from the three largest mobile operators in terms of handle. FanDuel flipped spots with DraftKings to take honors in that category with more than $16.7 million, while DraftKings trailed closely with over $15.5 million.

BetRivers also cracked eight figures, finishing more than $10.1 million ahead for January. PointsBet can claim a successful month as well, with a 10.37% win rate contributing to nearly $4.2 million in revenue. William Hill finished just shy of $500,000 in revenue, with football and basketball accounting for more than 97% of that amount.

Parlays were the top source of revenue for operators in January, accounting for nearly $19 million on almost $110 million wagered in that category. The 17.29% win rate for operators was more than twice the overall percentage, with FanDuel collecting more than $9.2 million of that total on more than $50.3 million bet.

Basketball and football rounded out the top three in terms of revenue-producing categories at $14.3 million and $11.2 million, respectively. They were also the top categories for handle, with hoops action drawing nearly $230 million in wagers and football more than $158.3 million.

More than $30 million was wagered on soccer, but boxing and mixed martial arts provided a boost to the bottom line thanks to Conor McGregor’s loss to Dustin Poirier as a -250 favorite in the main event of UFC 257. Operators collected more than $1.5 million in combat sports revenue — fifth in all categories — on less than $8 million wagered in that category.