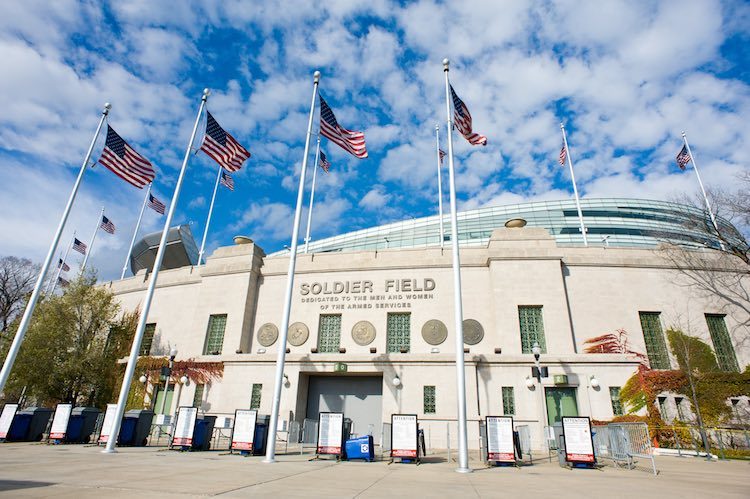 Response to the Illinois Gaming Board’s sports betting public-comment period was, to say the least, robust… and fierce.

The 35-plus replies represent a who’s who in the sports betting world, and the net result is that operators and the professional sports leagues are preparing for a heavyweight fight over data as the process continues. Or perhaps it’s Round Five.

When state lawmakers legalized sports betting in June, they essentially kicked the can to the IGB on a possible “official league data mandate.” And while sports betting data is the hot-button issue for potential operators, the IGB got plenty of other suggestions over its month-long public-comment period, from potential operators to the professional sports leagues, to payment vendors and data suppliers. The public comment period also elicited a healthy dose of thoughts from its citizens, both for and against sports betting.

Here’s a look at a comment from a trio of Illinois citizens:

From Joe P., sent on Aug. 28:  Mobile betting needs to be done ASAP to keep up with states around us. I’ll be making the drive to Indiana in the meantime.

From Scott MacKenzie, sent on Aug. 28: I’ve been waiting my whole life to make wagers LOCALLY instead of wiring my money to some organized crime family in central america.

From Kathy Gilroy, sent on Sept. 27: I’m disgusted that sports gambling, a long-time activity that was profitable for the mob, is now legalized.

But as indicated earlier, the issue most often noted in comments concerns a possible mandate that licensed sportsbooks purchase “official” data — to create betting markets and settle scores — from leagues and their third parties. Illinois’ new law doesn’t outright require the purchase of official league data, but suggests that the IGB should mandate it. As has been the case across the country, most operators vehemently oppose the mandate, while the professional leagues represent it as an imperative.

Stakeholders including William Hill, PointsBet, MGM, Penn National, the Illinois Casino Gaming Association, and the industry trade group iDEA Growth, independently voiced concerns about the mandate, which would be only the second of its kind. Tennessee was the first state to mandate the use official league data when it did so in July.

On the flip side, three of the professional leagues banded together to argue that the use of official league data be mandated and available on “commercially reasonable terms.”

What does that mean? The NBA, Major League Baseball, and the PGA Tour submit that “commercially reasonable” shall mean (emphasis added):

But these leagues say nothing about pricing, unless pricing falls into “among other relevant factors.” If adopted according to the above criteria, at least with respect the NBA and MLB, operators may in effect be required to purchase data packages, according to unspecified economic terms, based on decisions by a competitor and/or on decisions made by operators and lawmakers in different states.

Leagues would thus hold a monopoly on the data, and ultimately its price, as pointed out by William Hill’s Head of Government Relations, Danielle Boyd. Similar opposition is expressed by the iDevelopment and Economic Association, which writes that a standard of commercially reasonable is “a dubious proposition given that the Board must pass on the reasonableness of an agreement that charges fees for information in the public domain.” The group adds that, “Given federal copyright law, it is difficult to imagine how the Board would find ‘commercially reasonable’ any arrangement that requires licensees to pay for information in the public domain.”

Chicago attorney Michael Roselli, who is involved in the University of New Hampshire School of Law’s Sports Wagering and Integrity Program, may have best summed up the feelings of operators on the data mandate: “By all accounts, this aspect of the bill was taken from the haphazard Tennessee law without much thought. There is no precedent for something like this, and it will only serve to open a Pandora’s Box.”

Operators themselves are clear that a data mandate is, to be polite, distasteful. The mandate “creates an arbitrary monopoly over information that is publicly available,” wrote Paul Hannon, Vice President of Strategy and Retail Sportsbooks for PointsBet, which is partnered with Hawthorne Race Track. “Furthermore, certain IP laws may reject the ‘commercially reasonable’ status of data that is available to the public. Moreover, the excessive costs of league fees will increase transactional costs of the product, thereby driving customers and their revenue to offshore, unregulated sportsbooks.”

From William Hill’s Boyd: “Such (a) mandate could result in monopoly pricing power for the leagues. Additionally, William Hill has noted that federal courts have rejected the assertion that the league have any intellectual property rights to data, further ruling that this data is public information.”

Boyd goes on to suggest that the IGB “review the number of sources available for purchasing official league data” as it determines what is “commercially reasonable,” and that potential Tier 2 data providers undergo a vetting process before being licensed.

Other themes that arose in the public comments are operators’ concerns about branding, in-person registration, and the prohibition on betting on Illinois college teams. Surprisingly, DraftKings and FanDuel — who submitted a joint letter via attorney Edward Winkofsky from Greenberg, Taurig — didn’t address the so-called “penalty box,” which will force stand-alone mobile operators to delay rollout until 18 months after the first physical sportsbook launches. It’s possible the pair will seek a legislative remedy, rather than attempting to get the IGB to find a solution. Or maybe they are just resigned to the wait.

Here’s what stakeholders had to say on various issues:

Branding: The new law states that mobile or internet sports betting “can only be offered under either the same brand as the owners licensee is operating under or a brand owned by a direct or indirect holding company that has at least an 80% interest in that owner’s license.”  Several stakeholders suggested this requirement puts them at a disadvantage, and PointsBets’ Hannon called it a “business-adverse requirement.”

In-Person Registration: Every stakeholder who commented is opposed to this requirement, including MGM Resorts International, which wrote “If this requirement remains in place, it will severely reduce participation in online sports wagering by individuals, further discourage established operators from entering the Illinois market, and undermine the state’s efforts to launch and generate revenue from online and mobile sports wagering.”

College Carve Out: Illinois lawmakers chose to prohibit betting on Illinois college teams and college events within the state. While multiple stakeholders seek to have the prohibition completely overturned, DraftKings and FanDuel offered a bit of a compromise, suggesting that regulators allow wagering on tournaments that take place in Illinois (think March Madness as the 2022 Midwest Regional is set for the United Center), while continuing to make it illegal to bet on Illinois teams participating in those tournaments. In general though, stakeholders believe that prohibiting betting on college sports merely keeps illegal sportsbooks in business.

Recent submission to the Illinois Gaming Board by four player unions (NFLPA, NHLPA, NBPA & MLSPA) indicates that one association — the NBPA — is seeking a 'royalty fee' via sports betting. Excerpt from four-page submission below: pic.twitter.com/wOjrBARkRz

Chicago’s professional teams — NFL’s Bears, Major League Baseball’s Cubs and White Sox, NBA’s Bulls and NHL’s Blackhawks — last week released their comments, in which they asked for a clarification of the five-block zone around professional venues, as well as suggesting that other potential operators be excluded from running sportsbooks, mobile or physical, or marketing in those zones. The teams also said the $10 mm sports betting master license application fee is too high.

The IGB hasn’t released a timetable to rolling out temporary regulations, and while key lawmakers were hoping for an early 2020 sports betting launch in Illinois, it’s unclear if that’s attainable. Besides the public-comment period, the Illinois Lottery, which will be a player on the sports betting scene, recently closed a Request for Information, seeking consultants to help it develop sports betting.

With the 347 pages of comments ready for review, the IGB has plenty of issues to iron and ideas to work with going forward. At the very least, stakeholders have made it clear they want to be involved in the discussion, and they’re not afraid of going after what they want.