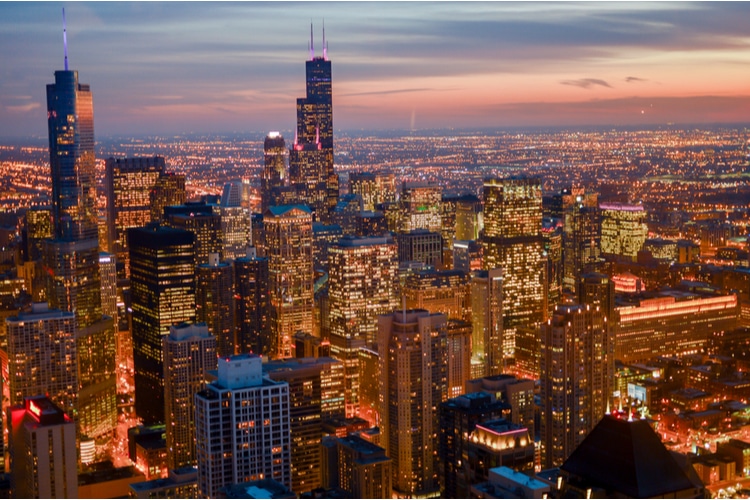 It may be too early to start thinking “three-peat,” but Illinois sports betting operators again claimed the upper hand against Super Bowl bettors as the state’s gaming board reported adjusted gross revenue of more than $9.5 million from slightly more than $60 million in handle.

The combination of the L.A. Rams winning but not covering in their 23-20 victory over the Cincinnati Bengals, plus the “under” hitting on the total points, was a winning one for the house, resulting in a 15.7% hold rate. That was actually a decline from last year’s hold of 16.8%, but a substantially higher handle contributed to higher revenue and more tax receipts for the state.

The $9.5 million in Illinois operator revenue was a year-over-year increase of 24.1% from the nearly $7.7 million following Tampa Bay’s win over Kansas City a year ago. This year’s Super Bowl featured a sixth mobile operator — Barstool Sportsbook — accepting wagers versus the five in action in 2021 as handle surged nearly one-third compared to last year’s total of $45.6 million. The state topped $1 million in tax receipts for the second straight year as more than $1.4 million hit the coffers.

💵🏈 The Illinois Gaming Board is out with Super Bowl bet stats:

DraftKings led all operators with more than $19.9 million in mobile handle, and more than half the company’s total handle — which actually added up to nearly $21.5 million when including its retail tether Casino Queen in East St. Louis — was generated through in-game wagering. The $11.4 million in live betting at DraftKings accounted for close to 70% of the $16.3 million generated by all sportsbooks statewide as the teams played. DraftKings topped $2.5 million in revenue thanks to an 11.7% hold.

The monthly handle and revenue patterns that have consistently played out in Illinois stayed true with the Super Bowl. FanDuel was second in mobile handle with close to $16.7 million (and totaled over $17 million counting retail), but it put together a stunning 29.4% hold by collecting more than $5 million in revenue.

To put FanDuel’s Super Bowl revenue in perspective, Caesars totaled just under $4.8 million in revenue through its first 16 months of mobile wagering in Illinois.

BetRivers claimed third in both spots while its retail sportsbook finished atop the handle leaderboard for brick-and-mortar venues. BetRivers cleared $1 million in revenue with $51,132 to spare and had a 10.9% win rate on $9.6 million wagered overall. Rivers’ retail sportsbook in Des Plaines just outside Chicago took more than $2 million in wagers and represented 36% of the $5.7 million statewide handle from in-person action.

Barstool edged PointsBet for fourth in handle as both surpassed $4.5 million worth of wagers and were separated by less than $12,000 in online handle. The Australian-based book, though, more than doubled Barstool’s in-game handle with close to $1.2 million in such bets. PointsBet also eked out a revenue win over Barstool by $15,018, with both books clearing $500,000 in revenue and posting double-digit holds.

Caesars posted less than $1.5 million in online handle and dragged down the overall revenue total as bettors came out nearly $145,000 ahead on the combined $1.8 million in wagers placed online and at Grand Victoria Casino in Elgin.

The state’s two casinos with exclusively retail sportsbooks — Argosy in Alton and Hollywood in Joliet — had vastly different outcomes. Argosy posted a 17.1% win rate as it collected $82,586 from close to $485,000 in wagers, but its Penn National Gaming peer on the eastern side of the state took a pummeling as bettors won $316,329 from $272,568 in wagers for a -16.1% win rate.