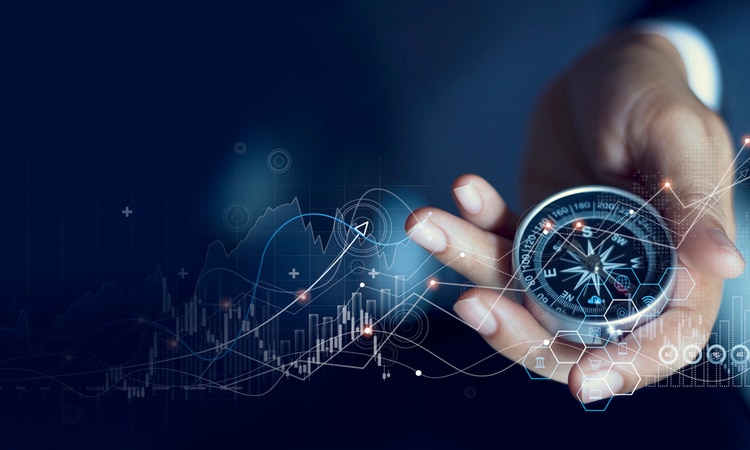 Much like sports betting, nearly every decision made by a state that involves rules and regulations creates winners and losers.

That process is still sorting itself out after Gov. JB Pritzker opted to let Executive Order 2020-41 lapse last weekend, which means bettors in Illinois must now go to a casino and register for access to obtain the mobile app of their choice. While there are six options available, only one mobile operator — Barstool Sportsbook — launched in the last six-plus months.

Two others, Unibet and BetMGM, are currently in the process of having their applications reviewed by the Illinois Gaming Board for Management Services Provider licenses. To an extent, Pritzker’s decision to let his executive order expire leaves these two operators in limbo, but also at a clear disadvantage when it comes to attracting customers in the state to further grow a sports betting pie that already has top-four status nationally in terms of handle.

A third operator, theScore, has an agreement for market access in Illinois but has yet to file the paperwork to commence the licensing process.

Will BetMGM play in Peoria?

Ok Friends let's spend a few minutes talking through the return to in-person sports betting account registration in Illinois. Inconvenient to say the least. But more than that it crushes growth and severely handicaps any book that is in the license application pipeline. ->

A BetMGM spokesperson declined to comment on Pritzker’s decision to let the executive order lapse, but frustration would be an understandable sentiment given it has been in the application process since Sept. 4, according to the IGB’s official website. All the while, BetMGM has been generating momentum in nearby Indiana and Michigan.

It has long been expected that BetMGM will be the online skin of Par-A-Dice Casino in East Peoria, which is a drive of slightly less than three hours from Chicago. It was originally passed in the pecking order by FanDuel, which used its Boyd Gaming connection to Par-A-Dice to be the casino’s online skin for a late August launch to try and prevent DraftKings from dominating market share in Illinois.

In mid-November, FanDuel announced it would transfer its license to Fairmount Park as part of a rebranding and eventual racino in Collinsville, which gave BetMGM its once and future expected landing spot in East Peoria. BetMGM has been the third-biggest generator in handle in Indiana every month since July, peaking at $52.4 million in January.

Its ability to be on equal footing with other operators from the start in the Wolverine State for mobile coupled with its Detroit retail tie-in versus a tribal partner has also proven beneficial. BetMGM generated $98.5 million in online handle in January and February, putting it a strong third and within touching distance of DraftKings for second.

On paper, BetMGM has the potential to challenge BetRivers for third in Illinois similar to how it has fared in Indiana, but in-person registration could result in a longer timeline for that achievement as Barstool presses forward with its newly formed base.

Unibet misses out on potential Chicago tie-in via Indiana

Unibet originally gained market access to Illinois last September when it reached an agreement with Penn National Gaming to be the online skin of Argosy Casino in Alton. While Argosy Casino is on the western side of the state and closer to St. Louis, Unibet is somewhat known in Chicagoland thanks to its online presence in neighboring Indiana.

Unibet is the second skin of Horseshoe Hammond, but its top skin in terms of performance compared to Caesars Online. Unibet has generated nearly three times the handle of Caesars since October. Additionally, Caesars parent Eldorado Properties will eventually divest itself of the location as one of the conditions set by the Indiana Gaming Commission last year for the approved merger between those parties.

Still, Unibet has gained a foothold in the robust Indiana market since the sports schedule returned to full capacity following the pandemic. The European-based sportsbook will clear $10 million in cumulative handle since its July launch when the IGC releases its March figures next week and could surpass $2 million in monthly handle for the first time.

Additionally, Horseshoe Hammond is as close a drive from the city of Chicago as some casinos in Illinois — less than an hour from The Loop if traffic is timed right. It is not unreasonable to think some Illinois bettors who already have Unibet’s Indiana app would have added it to their smartphones had Unibet been approved for launch while Executive Order 2020-41 was in effect.

“This is unfortunate news for Illinois customers as a step in the opposite direction from what we consider an optimal setup – a seamless mobile experience,” said Kindred Group General Manager USA Manuel Stan in an email to Sports Handle. “Based on this, we will reevaluate our timelines to launch in Illinois.”

Is it a goose egg for theScore?

TheScore, which also declined to comment on the governor’s decision, has yet to submit its application to the Illinois Gaming Board for a Management Services Provider license, but the Canadian-based sportsbook also could be affected. It reached an agreement with Harrah’s Joliet late last month for access into the state, and like Unibet, has made a name for itself on the Hoosier side of the state line as a second skin.

Though theScore will never reach the level of DraftKings representing Ameristar Casino in East Chicago, it is formidable among the second tier of online operators in Indiana. TheScore has generated nearly $12 million in handle since its mid-September launch and cleared $2.2 million in each of the last three months.

Even with Pritzker letting the executive order lapse, time is of the essence for theScore to submit its application considering its stated desire to launch in the second half of 2021. Sports betting applications do not exist in a vacuum for processing, and the IGB will be one of the busiest gaming regulatory bodies in the country for the foreseeable future.

The bill that legalized sports wagering in June 2019 also allowed for the creation of new casinos in six locations as well as the expansion of horse racing tracks into racinos — the latter of which is underway at both Hawthorne with PointsBet and FanDuel at the formerly named Fairmount Park.

The IGB has already deemed 815 Entertainment “preliminary suitable” for a casino in Rockford, but that is only the first of many steps. Multiply that process by six, all of which are moving at different speeds with different components, and the logistical challenges are notable.

Downtown Chicago is one of those six locations — and that process will be a hefty undertaking once the city gets feedback from its RFP expected to be released this month.

The key positive gained from Pritzker’s repeated renewals of Executive Order 2020-41 was Illinois fulfilling its potential as a top-four sports betting market. The question now is whether the state can hold onto that status as Michigan and Virginia begin to hit their respective strides in the mobile arena.

Another positive would appear to be a shorter timeline to full remote registration, though just how much shorter is unclear. On Sunday, 10 months will have elapsed in the 540-day provision in the Sports Wagering Act covering the IGB’s issuance of the first sports betting licenses to when it can accept online-only sports wagering license applications — estimated to be Dec. 3.

From there, it could be another 90 days before the IGB announces the winners of that bidding process, though the law allows room for the board to extend that deadline. Until that online license is issued, in-person registration remains in effect. While Rep. Mike Zalewski offered potential wiggle room to “modify the law,” it could be March 2022 before remote registration is next available at the earliest without another intervention from the governor.

As BetMGM, Unibet, and theScore eventually enter Illinois, there is little doubt the sports betting market will be evolving. How much it evolves could depend on their patience — or lack thereof.