It required an extra few days and a lot of wrangling, but Illinois lawmakers finally pushed legal sports betting through the state legislature as part of a massive capital bill on June 3, 2019, and Governor J.B. Pitzker signed the bill on June 28. The bill, SB 690, is more than 900 pages, and sports betting, which initially had stood on its own, was wrapped into it in order to get it passed during an extended legislative session. Nine months later, on the eve of the COVID-19-related shutdown of professional sports across the U.S., the first bet legal wager placed at the Rivers Casino on March 9.

Illinois’ new law allows for statewide mobile and retail sports betting at casinos, racetracks, off-track betting parlors, and professional sports venues. There are no tribal casinos in Illinois. The state will also issue three stand-alone mobile sports betting licenses, though those will not be issued until 18 months after the first retail license was issued (more on this below).

Rivers Sportsbook was first to launch at their retail location, Rivers Casino in Des Plaines, IL., in March, and Argosy Casino Alton soon followed in anticipation of the 2020 NCAA Men’s College Basketball Tournament. However, Argosy’s grand opening was delayed due to the global coronavirus pandemic, as Illinois’ casinos and sportsbooks have been closed since March 15. Three others, the Grand Victoria Casino and the Hollywood Casinos in Joliet and Aurora, had received temporary licenses.

So far, the Illinois Gaming Board has approved all six casinos that have applied for sports betting licenses. The active sportsbooks and their probable online partners:

A closer look at Illinois sportsbooks

The Sportsbook at Argosy Casino Alton was set for its grand opening March 16, after a soft launch the week before. The grand opening never happened after Illinois casinos were ordered closed. Located in suburban St. Louis, the Argosy sportsbook is operated by Penn National. The book features four teller windows, 14 kiosks and 36 HDTVs. Online, the Argosy sportsbook offers BetBuilder technology, enabling people to enter their bets and then have their mobile device scanned at a teller window to get a betting ticket.

Rivers Sportsbook was the only sportsbook to open before the pandemic hit, and it did so with a March 9 launch at which former Chicago Blackhawks forward and NBC Sports commentator Eddie Olcyzk placed the first bet, $100 for the Chicago White Sox to win the American League pennant. The book at Rivers has stadium seating and a high-definition wall for an immersive experience. Patrons can bet at teller windows or kiosks, and Rivers also offers BetBuilder technology online for a more streamlined experience.

In total, up to 10 casinos in Illinois, three race tracks and seven professional sports venues could possibly seek sports betting licenses. Professional teams whose sports venues have at least 17,000 can pay a $10 million licensing fee to have on-site sportsbooks.

To date, two of three racetracks in Illinois, Fairmount Park and Hawthorne Race Course, have applied for sports betting licenses, while Arlington Park has yet to decide if they’ll make three’s company.

Below is a full list of locations, excluding the seven professional venues, that could accept on-site sports wagers, along with current application statuses:

Online sportsbooks have not launched in Illinois…yet. Internet-only operators like FanDuel and DraftKings are currently in an 18-month “penalty box” phase (find more details about the penalty box below), but casinos, horse tracks and sports venues can get a head start on the mobile action, with Illinois law allowing one mobile skin per entity. The three mobile-only licenses (no agreement necessary with existing casino license holder) at a hefty $20 million price tag.

Though we’re still waiting for a mobile launch, we have a good idea as to which companies will seek or obtain a mobile presence in the Land of Lincoln, either through partnerships with an existing casino, team or track, or through one of the three available mobile-only licenses: 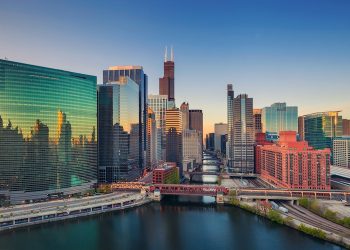 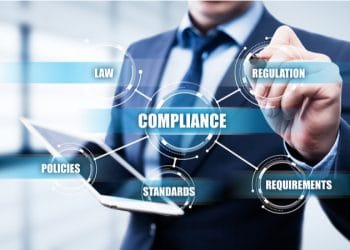 The Illinois Gaming Board has proposed an emergency rule change in relation to branding for mobile and internet sports betting,. 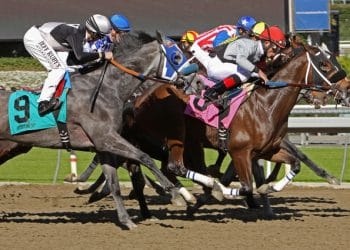 Tony Petrillo did not make a commitment to spectatorless racing at Arlington Park during Friday's Illinois Racing Board meeting, adding another layer of intrigue to the 2020 horse racing season in the Land of Lincoln ahead of Friday's potential Phase 3 re-opening of the state.

As mention earlier, the first bet was taken in Illinois on March 9, 2020, at Rivers Casino, and days later the Argosy Sportsbook also opened its doors. But both sportsbooks did so as the U.S. began dealing with the coronavirus crisis, and less than a week later, retail casinos and sportsbooks were shut down indefinitely. No mobile sites had launched as of May 2020.

The first retail licenses were issued earlier this year, so it’s likely that stand-alone mobile apps will in early 2021, given the parameters of the 18-month “penalty box.” Ironically, the coronavirus crisis will level the playing field. The idea behind the penalty box was to give local sportsbooks a head start on mobile sports betting, but both Rivers and the Argosy opened retail locations before sports shut down, so the clock has already started ticking, and the locals won’t get as big of a head start as anticipated.

Illinois’ sports betting law didn’t turn out the way lawmakers initially envisioned. Politics played a huge role in the legalization of sports betting, and stakeholders almost immediately referred to the bill as “not the best.”

Sports betting champions Bob Rita and Mike Zalewski had to do a lot of horse-trading to get sports betting tacked onto the capital bill and eventually passed. That meant including a mandate for official league data, requiring in-person registration for the first 18 months, delaying the launch of stand-alone mobile platforms, banning betting on Illinois colleges, and including some tricky branding rules. By the end of it, stakeholders were happy to have sports betting, but had plenty to unpack.

The defining discussion on the way to legal sports betting revolved on what was called the “penalty box.”

Designed to punish daily fantasy and sports betting titans FanDuel and DraftKings, the penalty box came into being after Neil Bluhm, owner of the Rivers Casino, in May 2019 asked lawmakers to keep FanDuel and DraftKings out of the Illinois digital sports betting market for three years. Bluhm said the two had operated their daily fantasy businesses illegally after an earlier decision by the state’s attorney general.

FanDuel and DraftKings pushed back, including briefly running ads lobbying against the delay, and lawmakers offered up a compromise of 18 months.

FanDuel appears to be in the process of working around this issue — in March, sources told Sports Handle that the company was in talks to purchase the Fairmount Racetrack, which would allow it to launch a mobile platform as soon as it can get licensed and the IGB is ready for mobile in Illinois.

Lawmakers also compromised with stakeholders by honoring a request by state universities to ban betting on college sports. Rather than completely prohibit that, Illinois lawmakers offered up the so-called “college carve-out,” in which betting on colleges in general is allowed, but bettors cannot place wagers on Illinois state teams. In addition, retail casinos wanted a requirement to include in-person registration for mobile accounts, and the compromise is to require that until the first mobile-only sportsbook is approved before switching to remote registration.

In 2019, Illinois was one of three states in which lawmakers mandated that sportsbooks purchase “official league data.” The data mandate means that sportsbooks must purchase data from the pro leagues or their designees, and there is concern among operators that this will create a monopoly situation.

Tennessee was the first state to include this requirement in its law. Illinois quickly followed suit, as did Michigan. Earlier this year, the Virginia General Assembly also passed a bill with the data mandate, though as of April 2, 2020, Governor Ralph Northam had not signed Virginia’s sports betting bill into law.

The capital bill that sports betting was tacked onto in Illinois includes all kinds of infrastructure improvements. Its passage was the result of many years of work by lawmakers and brought a round of applause in the Senate when it finally passed.

Although methods may vary from one sportsbook to another, Illinois online sportsbooks in general will offer a number of viable depositing and withdrawal methods which are common in other states with safe, regulated legal sports betting. These options include:

How old must you be to bet and are there any restrictions?

The legal age to place a sports bet is 21. Any restrictions apply mostly to athletes, coaches, team owners and the like, barring them from betting on their own teams, and in some cases more. Though there are no other restrictions written into law on who can bet, those problem gamblers who place themselves on a self-exclusion list will be banned from betting.

Will sports betting be available at retail locations, such as convenience stores?

No, only at licensed retail casinos or via online/mobile apps.

Where can bettors be when placing a wager?

All sports bets need to occur within the Illinois boundaries and will be managed by geo-targeting technology. Patrons will be able to bet in person at retail sports betting locations and by using kiosks or mobile device.

How can I deposit and withdraw money from my online account?

Depends, but a safe bet will be using common methods such as prepaid cards, Paypal and ACH transfer.

What is Chicago's greatest sports team?

Illinois’ relationship with casino gaming dates to 1991, when it first legalized riverboat gambling. Boats could operate their casinos while cruising the state’s waterways. In 1999, the state made it legal for the riverboats to dock and open their casinos. A year later, Illinois became the first state to allow for the sale of online lottery tickets.

The discussion about whether to legalize sports betting really ramped up in the summer of 2018, when Representative Bob Rita began holding gaming hearings. The first hearing was informational in nature. Stakeholders and municipalities were invited to an Aug. 21, 2018, hearing in Chicago, where they joined others in the gaming industry in revealing what they hoped sports betting would look like.

Two months later, Rita held a Joint Committee on Revenue and Finance hearing on sports betting that made it clear lawmakers would prioritize sports betting in 2019. That hearing also laid at least some of the groundwork for a sports betting bill.

In February 2019, Pritzker made it clear he viewed legal sports betting as a priority. Once the 2019 session started, Rita passed the torch to Mike Zalewski, and the pair held multiple hearings in which they listened to the professional leagues argue for a royalty, entertained a 25% tax, hammered out details of the “penalty box,” heard from university officials, and more.

Operators consider taxes of 10% or below to be optimal, and Illinois lawmakers settled on 15%, which is on the higher end across the country but still allows operators to turn a profit. In the end, there was plenty of give and take, and sports betting didn’t stand on its own, passing instead as part of a massive capital bill.

Once Pritzker signed the bill in late June, it was a sprint to get sports betting up and running. The Illinois Gaming Board opened a public comment period over the summer, began developing regulations, and in December 2019 opened the sports betting application process.

Though the IGB approved temporary rules ahead of the first sportsbook opening, it is still in the process of approving permanent rules.