Impact of a 1% Tax on Sports Betting

by SportsHandle Staff
in Regulation 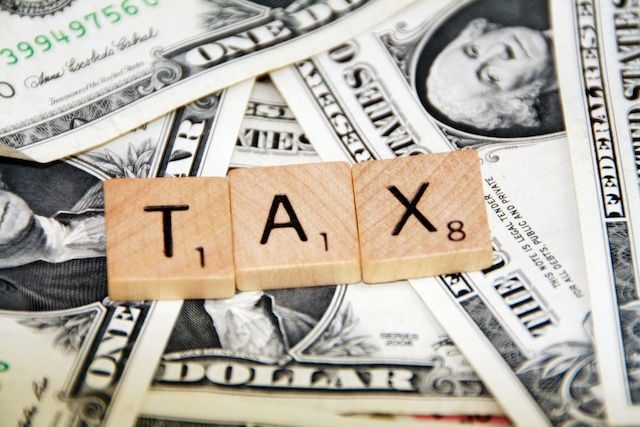 This article was originally published at www.gamblingandthelaw.com and appears here with permission. © Copyright January 9, 2018. All rights reserved worldwide. GAMBLING AND THE LAW® is a registered trademark of Prof. I. Nelson Rose.

By I. Nelson Rose

The U.S. Supreme Court appears to be about to rule that the federal law that prevents states from legalizing sports betting, the Professional and Amateur Sports Protection Act (“PASPA”), is unconstitutional. There are at least a dozen states that appear ready to enact new laws to introduce or expand legal intra-state wagering on sporting events this year, once the High Court decision is announced.

This raises, as always, the question of who will get the money.

Indiana Rep. Alan Morrison has introduced a bill that would give the national sports leagues 1% of the new sports betting handle, as an “integrity fee.” The “sports governing bodies,” of course, think this is a great idea. But is imposing a 1% fee on gross gaming wagers in addition to a proposed 9.25% state tax on gaming revenue, on top of the existing 0.25% federal excise tax on the handle, a good idea for operators?

In 2008, the State Legislature of Delaware was considering reopening sports books in racinos, which the state was allowed to do, because it had been grandfathered-in under PASPA. I was retained as the legal consultant by the Delaware State Lottery, which runs all sports betting, to advise the state on what the tax rate should be on the new sports books.

I prepared a report and recommendations. The following is a simplified version of the report’s discussion of the impact of taxes on operators. I follow this with a quick analysis of the Indiana plan, which appears to be spreading across the country.

In 1954, Congress imposed a 10% federal excise tax on all sports wagers, legal and illegal. This tax was so high that it was virtually impossible for even the best sports handicappers to win consistently. Licensed sports books were limited to Nevada. At the time these were called “turf clubs”, and were limited in number and small in size, and not connected with large casinos. Individuals who worked in the industry during this time reported widespread tax evasion to get around this high tax. For example, a $1,100 bet to win $1,000 was recorded as merely $11 to win $10.

Sports books make their profit from the statistical advantage they have over their patrons. The most common wager is a multiple of $11 to win $10. If the sports book succeeds in having the same amount of money wagered on both sides of a match, it is guaranteed to make a profit. For example if Patron A bets $11 on his team and Patron B bets $11 on the opposing team, the sports book now has $22, but the sports book pays the winner, whoever he may be, only $21, his original $11 bet back and his $10 in winnings. The sports book keeps the additional $1.

Sports books allow patrons to make a wide variety of bets. The “hold” is the percentage that the sports book wins. . . In Nevada slightly more than $22.5 billion was bet over a ten year period, the sports books had gross gaming revenue of about $938 million, which means they kept 4.16% of the amounts bet.

In 1974, Congress lowered the federal excise tax on sports wagers to 2%. Using the same numbers for comparison purposes, a sports book with a handle of $10,000,000, a hold of 4.16% producing a win of $416,000 now only had to pay the federal government $200,000. This is equivalent to a tax on gross gaming revenue of 48.07%. Nevada also has a sliding scale of state gaming taxes, with the top tax rate quickly reaching 6.75% of gross gaming revenue. Therefore, the lowering of the federal excise tax to 2% allowed sports books in Nevada to operate and pay the equivalent of approximately 54.82% on their win.

This was low enough to allow a few entrepreneurs to think about expanding the small turf clubs into true sports betting parlors. In 1975 the Nevada Legislature passed enabling legislation so that casinos could have sports books. But the tax rate was so high that few casinos were willing to devote any of their valuable floor space to a form of gambling that generated so little to the bottom line.

Sports books not only became large and numerous in Nevada, they were viewed as profit centers and entertainment enticements for commercial casinos. By 1985 all of the small independent sports books were closed, replaced by multi-million dollar casino sports books with dozens of giant video screens and all the other services sports bettors could want, including easy access to other forms of gambling.

Impact of the Proposed 1% Tax

Here is how the same analysis would work using the numbers proposed for Indiana, i.e. a 1% “integrity fee” on handle, a 9.25% state tax on gaming revenue and the existing 0.25% federal excise tax on handle:

It is hard to know how many bets a sports book in Indiana, or anywhere else for that matter, would actually have in a year. And expenses would vary over time and among sports books. There would also be fixed costs, such as building the facility, and variable costs, which would increase or decrease depending upon the number of bettors. But we can get some guidance from the numbers from Nevada.

The most recent official figures show that for the 12 months ending in November 2017 there were 195 sports books in Nevada. They won a total of $233,299,000. Dividing the total win of approximately $233 million by the number of sports books, 195, means the average Nevada book wins about $1.2 million a year.

The reported win percentage was 4.82%. This includes parlay cards and parimutuel bets, where the house keeps a much larger share. Still, using the reported hold of 4.82% means the average sports book in Nevada accepts almost $25 million a year in bets ($1.2 million divided by 4.82%).

This is not EBITDA, Earnings Before Interest, Taxes, Depreciation and Amortization. That is how investors measure cash flow. The $631,000 is only revenue, after the gambling privilege taxes and fees have been paid. It does yet taken into account all expenses and all other taxes.

I personally would never invest a cent into a business like this.

Professor I. Nelson Rose is Professor Emeritus at Whittier Law School and a Visiting Professor at the University of Macau, an internationally known scholar, author and public speaker, and is recognized as one of the world’s leading experts on gaming law. You can follow him on Twitter @LawofGambling and on Facebook.