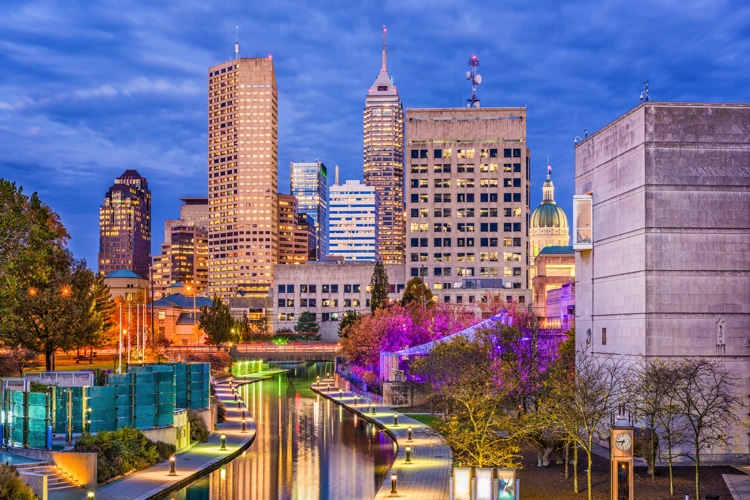 Summertime is usually a slower period for sportsbooks, and the Hoosier State proved no exception as the handle was the lightest since accepting $215.6 million worth of wagers in August 2021. While the state as a whole has been punching above its weight since launching in 2019, it was overtaken by New York for fifth in all-time handle in the post-PASPA era this month. Indiana sportsbooks have generated more than $8.3 billion in handle since launch.

June’s handle represented a 14% decline from May’s $308.4 million, but also a 4.1% increase compared to June 2021. Revenue was off even more than handle, as the $15.8 million claimed by operators was barely half of May’s $30.7 million. The win rate was 6.2%, the seventh lowest of 34 months of reporting and also nearly four full percentage points lower than May, when the 9.9% hold was sixth highest all-time.

The state collected just shy of $1.5 million in tax receipts, raising the total for the first six months of the year to $15 million. In terms of year-over-year numbers, Indiana is $2.2 million ahead of last year’s pace for tax receipts, while handle has surged 37.9% to $2.3 billion and revenue is 16.8% higher at $160 million.

While nearly every mobile operator had month-over-month declines in handle and revenue, the pecking order largely remained the same. That meant FanDuel claimed both No. 1 spots for the fourth consecutive month, with $79.4 million handle and $5.5 million in revenue. Its 7% win rate was barely half of May’s 13.9% hold, and revenue plunged 56.1% to its lowest mark since FanDuel claimed $4.9 million in February.

DraftKings was a comfortable second for handle at $70.8 million, but it had to fend off BetMGM for the No. 2 spot in revenue. Despite generating less than half DraftKings’ handle at $33.2 million, BetMGM’s $3.1 million in revenue was less than $200,000 shy of matching DraftKings’.

Caesars occupied the fourth spot in both categories with $25.3 million handle and slightly more than $750,000 in revenue. With $7.7 million in handle, BetRivers edged out Barstool Sportsbook to round out the top five, while Unibet wrapped up its best quarter of handle with more than $6.7 million in wagers. Unibet has totaled $19.9 million in handle over the past three months, representing more than 70% of its handle for the year.

Public scores its first win over a Winners Circle

Indiana’s three off-track betting locations for sports wagering — Winners Circle locations in Indianapolis, New Haven, and Clarksville — had never posted a monthly loss until now. The New Haven location, which narrowly avoided the distinction in May when it finished just $556 ahead on $1.5 million handle, took it on the proverbial chin in June. There were plenty of winners, as it paid out $231,262 more than the $1,060,563 accepted in wagers for a staggering -21.8% win rate.

That put a major drag on the retail totals generated by horse racing-related sportsbooks. The two tracks and three OTB sites had an all-time low win rate of 2.9%, claiming $151,000 from $5.2 million in bets placed.

The overall retail win rate was a more respectable 6.7% as brick-and-mortar books won $1.2 million from $17.6 million in handle. Hollywood Lawrenceburg was the bellcow for revenue with $511,000, but it was denied a fourth consecutive month with a double-digit win rate, finishing at 8.7%.