March handle bounces back to $476.8 million as hoops and parlay combine for $395 million of all wagers 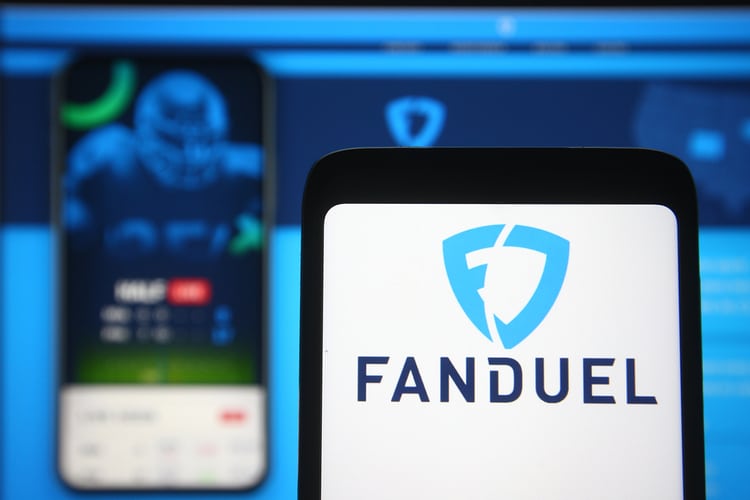 FanDuel ended DraftKings‘ 30-month reign as the top mobile sports betting handle generator in Indiana, as the state’s gaming commission reported an overall handle of $476.8 million for the month of March on Tuesday.

Sports wagering launched in the Hoosier State in September 2019, and mobile betting followed suit in October. With the exception of that opening month of digital wagering, DraftKings and FanDuel had been 1-2 every month in handle, though FanDuel was tops in revenue for the final eight months of 2021 before DraftKings reclaimed the No. 1 spot there.

FanDuel, though, accepted an all-time monthly high of $143.2 million worth of wagers in March, nearly $3.7 million more than DraftKings, which totaled close to $139.6 million. Despite the narrow loss, DraftKings has still generated $687.6 million more handle than its eternal rival despite launching operations only 18 days earlier.

The overall Indiana handle was a 16.5% increase compared to February, as the state extended its run of a $400 million or higher handle to six months. A 6.8% hold — more than 2.5 percentage points higher than February — helped operators nearly double their revenue month-over-month to nearly $32.3 million, the fourth-highest total in 31 months of wagering. The state received close to $3.1 million in tax receipts for the month, lifting the total for the first three months of the year to more than $8 million.

Year-over-year handle is up 47.6%, and the Hoosier State also became the fifth state — along with New Jersey, Nevada, Pennsylvania, and Illinois — to surpass $7 billion in all-time handle in the post-PASPA era. Revenue is up 16.9% compared to the first three months of 2021, which has contributed to the state collecting over $1.1 million more in taxes versus the first quarter of last year.

Always known as a basketball-centric state when it comes to sports, Indiana bettors lived up to that reputation by placing more than $274 million in pro and college basketball wagers. Indiana and Notre Dame helped drive action as both won their NCAA Tournament play-in games, with the Fighting Irish reaching the second round as an 11 seed.

Parlay wagering surpassed $100 million for the sixth consecutive month, totaling $121.3 million for March. The IGC does not include operator revenue for wagering by category, but bettors have placed nearly $710.2 million in such bets during that half-year span.

While DraftKings and FanDuel accounted for 64.4% of all mobile wagering in Indiana, BetMGM fended off Caesars for third for the second straight month, with the two claiming $111 million (25.3%) of the $439.5 million overall wagered online. BetMGM has generated $161.7 million through the first three months of 2022 after posting an all-time high of nearly $56.2 million in March, while Caesars is at $154.9 million following $54.9 million in wagers for the month.

On the revenue side, FanDuel completed its first double in Indiana, as it recorded an 8.5% win rate and claimed more than $12.1 million for its first win of 2022. DraftKings was a distant second, as it finished less than $20,000 shy of $7 million on a 5% hold.

Despite being separated by less than $1.3 million in handle, BetMGM had more than double Caesars’ revenue, recording an all-time monthly high of almost $5 million compared to the nearly $2.3 million from Caesars. Barstool Sportsbook ($14.2 million), BetRivers ($13.6 million), and PointsBet ($10.4 million) rounded out the operators that reached eight-figure handles, with Barstool posting the highest revenue of the trio with slightly more than $840,000.

March also saw Smarkets launch operations in the Hoosier State as the 14th mobile entity and third skin of Rising Star Casino. It accepted $21,542 in wagers and totaled $3,018 in revenue. The latter total was enough to finish ahead of TwinSpires, where bettors came out nearly $10,000 ahead on close to $800,000 bet.

Hollywood back to its winning ways in retail

Retail bell cow Hollywood Casino in Lawrenceburg posted its first seven-figure revenue total of 2022 in March, pacing brick-and-mortar venues with more than $1.5 million on nearly $12.8 million wagered for a hold of just under 12%.

Hollywood was one of six retail casino sportsbooks to have a win rate of 9.4% or higher in March, as the overall in-person hold was 10.8% on $36.7 million, resulting in nearly $4 million in revenue. The state’s two horse racing tracks and three Winner’s Circle locations also performed well in March, claiming close to $910,000 in revenue from nearly $8.7 million wagered for a 10.5% hold. The Winner’s Circle in Clarksville accounted for more than half the revenue ($473,982) while notching a 12.4% win rate.