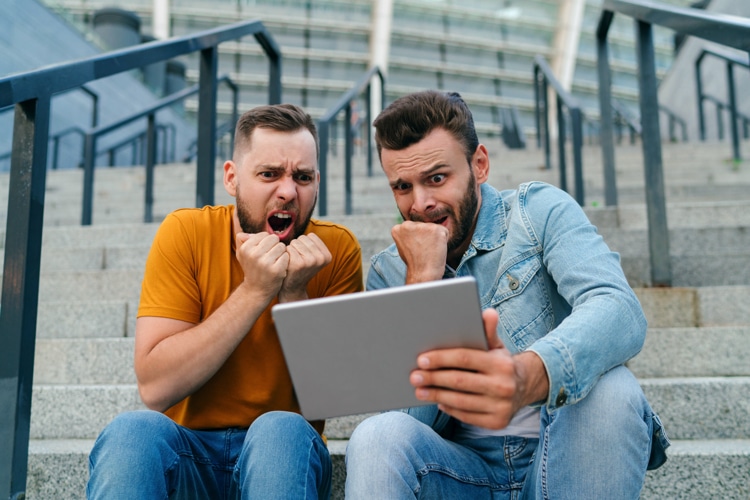 The Indiana Gaming Commission reported a record $51.2 million in sports wagering revenue for September on Wednesday, continuing an early trend of reports showing operators routed the betting public for the month.

The revenue haul topped the previous mark of $47.7 million set last November, which is the only other occasion that monthly revenue cleared $40 million. Indiana also became the eighth state in the post-PASPA era to generate at least $50 million in revenue for a month. The 13.4% win rate was a record for the mobile era and trails only the 23.4% hold from the September 2019 launch that was exclusively retail and generated a $35.2 million handle.

Operators accepted $382.5 million worth of wagers, with the start of pro and college football seasons providing the catalyst for the surge in both handle and record revenue. Of the five handle categories listed by the IGC on its report, football led the way with $153.9 million, with parlays a strong second at $108.7 million. The IGC does not list revenue by category, but anecdotal evidence pointed to the house faring well in the first three weeks of NFL action.

Handle surged 60.7% higher compared to August’s total of nearly $238 million, while revenue more than doubled. In terms of year-over-year numbers, handle increased 7.6% and revenue was 51.1% higher thanks to a hold that was nearly four full percentage points above the September 2021 hold of 9.5%.

Indiana also became the sixth state to surpass $9 billion in post-PASPA handle, joining New Jersey, Nevada, Pennsylvania, Illinois, and New York in that select group. The Hoosier State is also the eighth to reach $3 billion handle for the 2022 calendar year.

With record revenue comes record tax receipts, and Indiana’s coffers received nearly $4.9 million from operators. based on the 9.5% levy on adjusted revenue. The state has collected close to $24.5 million in sports wagering taxes through the first nine months of the year, which is nearly $5 million ahead of last year’s pace.

Five large mobile platforms — FanDuel, DraftKings, BetMGM, Caesars Sportsbook, and Barstool Sportsbook — all set monthly revenue records for their Indiana operations. FanDuel’s $16.6 million is a record for any operator in state history, bettering the previous mark of $15.6 million it set last November. It had a robust 15.3% win rate last month.

DraftKings, which led all mobile operators in handle with $131.5 million, claimed close to $13.7 million in revenue thanks to a 10.4% hold. It marked the first time in Indiana it was able to produce back-to-back months with a win rate above 10%.

BetMGM cleared $5 million for the first time, finishing with nearly $5.3 million in eclipsing its previous standard of $4.95 million in January. Caesars topped $3 million for just the second time since its rebranding and shuffle in Indiana, finishing just shy of $3.3 million while posting an 11.1% hold on $29.5 million wagered. Barstool narrowly beat out its November record by $5,610, ringing up more than $1.6 million on a record hold of 11.6%.

There were two new books operating in September as both Hard Rock and MaximBet launched operations. Hard Rock, which launched retail wagering at its Gary location in May, had an impressive debut with more than $6.6 million in handle and nearly $1.2 million in revenue. Maxim, which launched closer to the end of September, reported $4,276 in wagers and $98 in revenue.

And the hits just kept on coming on retail side

Bettors also took it on the chin when visiting their favorite brick-and-mortar sportsbooks, which reaped nearly $7 million in revenue from close to $30 million worth of wagers for a 23.3% hold. Hollywood Casino in Lawrenceburg set a monthly state record for retail revenue with more than $2.9 million on the strength of a 29.1% win rate from $10.1 million handle.

Two other locations — Caesars Southern Indiana and Ameristar in East Chicago — surpassed one-half million dollars in revenue. Hard Rock was the only casino-based sportsbook to have a hold under 16.8% as it finished with $9,263 from $1.2 million wagered. Horseshoe Hammond’s 16.8% win rate was the only other casino sportsbook to have a hold under 20%.

The two racino sportsbooks and three Winner’s Circle locations combined to generate $1.8 million revenue from just over $8 million worth of bets.