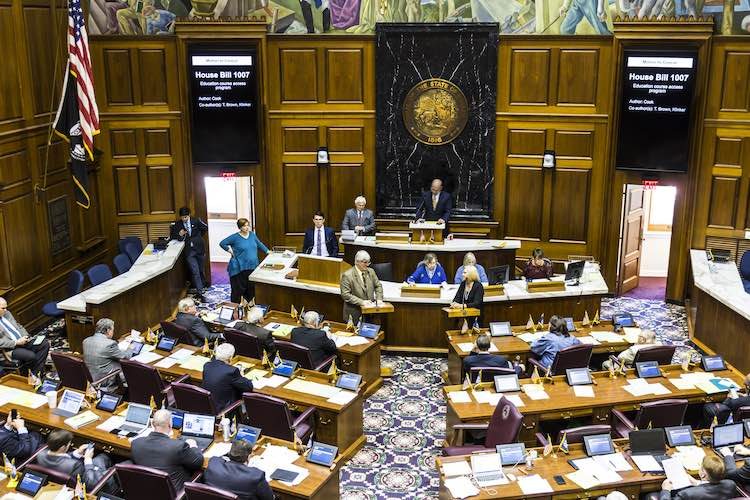 With the minutes ticking down on adjournment, the General Assembly Wednesday night voted to approve a comprehensive gambling bill that would bring legal sports betting to Indiana, both at bricks-and-mortar facilities and on mobile devices statewide.

According to the Associated Press, lawmakers in the House and Senate hammered out details of a proposal that would not only allow sports betting, but includes payments to four Indiana cities that are expecting revenue losses due to new casinos in the state and potentially authorizes a new casino in Terre Haute.

The bill passed 59-36 in the House and 37-12 in the Senate and is now headed to Governor Eric Holcomb for a signature. Multiple media outlets have reported that Holcomb will sign off on it. Holcomb can sign or veto the bill or let it become law without his signature.

Mobile added back in Monday

The Indiana House is buzzing ahead of the vote for HB 1015. If this bill fails, I think it would happen here based on the Rules Committee vote. pic.twitter.com/8ZC7eq51vl

The bill, HB 1015, legalizes sports betting on casinos, racinos and at a handful of other locations throughout the state, as well as allowing for state-wide mobile and internet sports betting. Mobile has been a hot-button issue throughout, and after being stripped from the bill, it was added back in on Monday. It’s unclear if the bill will allow bettors to register for accounts remotely, as in New Jersey, meanwhile lawmakers are saying brick-and-mortar sportsbooks could launch as early as football season. Mobile will likely lag behind.

Since PASPA was overturned in May 2018, New Jersey is the only “new” state (outside Nevada) with an open, competitive mobile sports betting market, and the state’s handle dwarfs that of other states that prohibit or have yet to launch mobile.

In February, mobile accounted for 80 percent of New Jersey’s handle, according to the state’s Division of Gaming Enforcement report. Neighboring Pennsylvania is set to launch mobile in the next few weeks, and West Virginia had one mobile app, BetLucky, up and running just over two months before it was shut down in early March due to a contract dispute.

According to a 2017 Oxford Economics study commissioned by the American Gaming Association, Indiana’s handle will more than double with with a mobile option. Using a 10 percent tax rate, the study projects $3 billion in annual wagers in a mature market with physical sportsbooks only, and $6.5 billion with a mobile option. Indiana’s bill will tax operator sports betting gross revenue at 9.5 percent and charge sports betting licensees $100,000 initially.

Indiana could be Midwest’s ‘first mover’

In terms of details, Indiana’s bill does not require the purchase of “official league data” and does not include an off-the-top of betting handle payout to the professional leagues, known as an “integrity fee” or royalty as the NBA and MLB now refer to it. However, the bill would give the Indiana Gaming Commission the option to require usage of official league data for in-game wagering offerings, according to the Indiana Business Journal.

The legislature’s approval could put Indiana in the driver’s seat in terms of legal sports betting in the Midwest. Every state Indiana shares a border with is seriously considering legalizing sports betting, though Kentucky’s legislative session closed earlier this year with no action.

Iowa and Indiana beating us is a sword of Damocles hanging over me/us. https://t.co/zYE9iets3V

Indiana now joins Iowa and Montana, where state lawmakers sent two sports betting bills to the governor late last week, as the only three states to have sports betting bills pass out of both the House and Senate. Who will be first to legalize? The answer to that lies solely with the three governors.

In Indiana, the state gaming commission would be the governing body and, according to the AP, could roll out regulations and issuing sports betting licenses as early as July 1.

A key piece of the bill, a proposed $40 million payment the city of Gary was removed from the bill during negotiations, though according to the AP, tax cuts could give the city the same savings. 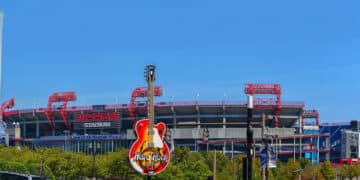 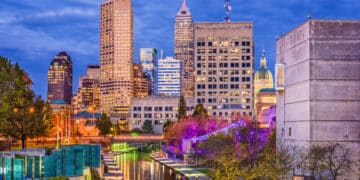