Leagues Reached Out About Sports Betting to Avoid Getting Blocked Out 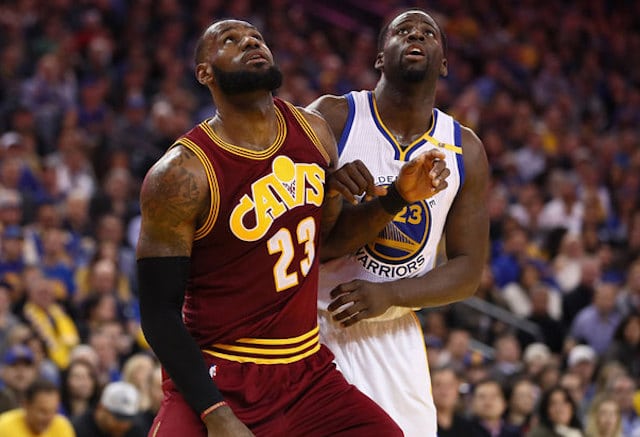 In a sign that sports betting may soon expand outside Nevada, the National Basketball Association and Major League Baseball recently reached out to an Indiana state legislator to discuss a law that would legalize sports betting — and also pay the leagues a 1% fee for bets on their games. Indiana House Representative Alan Morrison (R – District 42) introduced the groundbreaking bill (HB 1325) on January 8 and notably, he didn’t initiate the conversation with the leagues.

“I did not contact anybody” Morrison told SportsHandle on Thursday. “They contacted me and I have not sent out any sort of request for any other leagues to be a part of this.”

After the NBA and MLB reached out, Morrison brought league officials including NBA Senior Vice President Dan Spillane and MLB’s Vice President of Government Relations, Josh Alkin, to the table to discuss. While similar bills are cropping up across the U.S., this one stands out for its first-of-its-kind 1% “integrity fee” provision that would grant sports leagues a cut on all Indiana sportsbook wagers.

This comes as a surprise given the sports leagues’ long-standing opposition to sports betting, with the NFL and NCAA leading the charge against it, and also because the conversation is occurring at the state level. The more progressive NBA has stated in recent years that sports betting ought to be legalized in the U.S., just according to a federal framework. So either the NBA is changing its tune, or, more likely, hedging its bets.

The Indiana Sports Betting Bill Is Going to Change, That Much Is For Sure

Prior to the bill’s introduction, Spillane, Alkin and other league representatives met Indiana’s House leadership and committee heads to discuss sports betting. Spillane himself has said publicly, consistent with what NBA commissioner Adam Silver has said, that sports betting should be legalized in the U.S., but pursuant to a federal framework.

Their state-level involvement in Indiana is a tacit acknowledgement that a state-by-state effort may take hold, akin to state legalization of marijuana (both medicinal or recreational).

For the time being, the NCAA, NFL and NHL, the other three parties to Christie v NCAA, have no (known) involvement here, although they would stand to benefit from the “integrity fee” at whatever percentage, if any, appears in a final version of the bill.

“I can’t tell you exactly what may change about the bill” Rep. Morrison said. “But I can say for a fact that my bill today will not look exactly like it does come March 15th,” which is the end of Indiana’s current legislative session.

The Supreme Court will issue its decision in Christie v NCAA in April or May. The case centers on the constitutionality of the Professional and Amateur Sports Protection Act (PASPA), the 1992 federal law that effectively sports wagering outside Nevada. PASPA also authorizes the leagues to go to court to block states from legalizing sports betting, which New Jersey (‘Christie’ on the case docket) and Delaware have attempted to do before getting smacked down by a gavel, particularly New Jersey, which the leagues have twice beaten in the Third Circuit Court of Appeals. That’s before the high court granted the state’s petition (a writ for “cert”) in 2017 to review the case.

HB 1325 does not explicitly define “integrity fee,” but it appears to indicate that the leagues will use fees collected for monitoring services that would allow them to identify any betting irregularities. The two largest integrity service providers to professional sports are Betgenius, a division of Genius Sports, and Sportradar, which forged a multiyear partnership with the NBA in 2016.

While a 1% fee may sound small, it would actually equate to a massive amount of money, and may demonstrate the leagues’ ultimate willingness to accept sports betting so long as they get a cut.

Sports law expert I. Nelson Rose breaks down the potential impact of that 1% in great detail here. Basically, that 1% would apply to every dollar bet (known as “handle”) on a league’s games a sportsbook, and not just the winnings. This would significantly cut into a sportsbooks’ profits, as they typically operate on a 5% margin. Thus, 1% really means 20% and is probably a complete nonstarter for any entity wishing to operate a sportsbook. So it will be interesting if the final language of the Indiana bill sets forth that amount or something closer to the 0.25% of the handle (or 5% of profit) that New Jersey proposed in 2014.

Will Such A Potentially Problematic Provision Stand?

Are the leagues just testing the waters here, trying to set a precedent, establish a figure well above expectations to give room to negotiate? And why Indiana, where the NCAA is headquartered?

In 2016 Morrison sponsored what became Senate Bill 339, which legalized daily fantasy sports in the state. (In fact, Morrison even invited FanDuel to move its headquarters to the state at a time when New York’s attorney general threatened to ban the company from operating there.) During that process, Morrison fielded input from a law firm and lobbying firm representing the leagues, creating an avenue that the NBA and MLB have now revisited.

“I certainly see it a pretty big shift in policy for major sports leagues to go ahead and be a part of this discussion” Rep. Morrison explained. “And obviously that’s because they, I think, they see the changing tide and it’s probably better to be a part of it then just kind of fight it from the outside.”

Pressed on whether the 1% integrity fee would survive an extensive legislative amendment and vetting process, Rep. Morrison said he didn’t think it would be fair to try to speculate on what would change within the bill moving forward.

“This is the first iteration of what we’re going to do and we’ll listen to folks and move on from here.” Morrison said of HB 1325. “My gut feeling that was would be if we could get this onto the floor, I do I think we could pass it.”