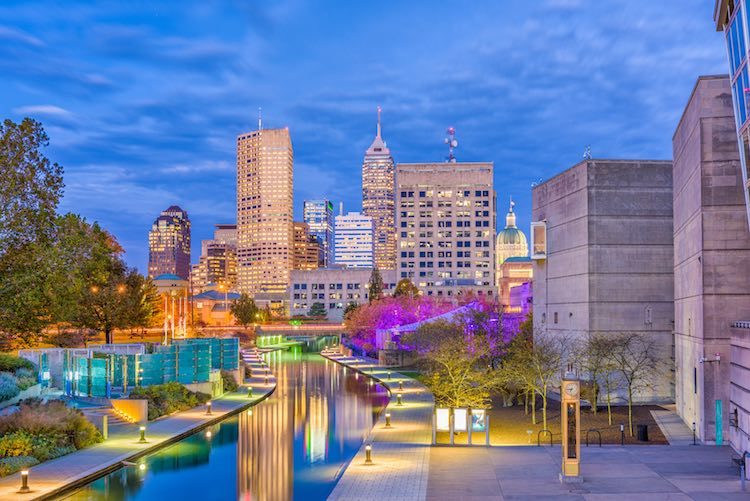 Indiana will become the second Midwest state behind Iowa to offer live, legal sports betting, when three sportsbooks open for business on Sunday. Two more will follow later next week, according to the Indiana Gaming Commission which gave “go live” authorization to the five at a meeting on Aug. 28.

Ameristar East Chicago, Hollywood Casino and Indiana Grand all got approval to go live with their retail sportsbooks Sunday. Horseshoe Hammond got approval for its retails launch Sept. 4 and French Lick for Sept. 6.

Ditka among those to place first bets

On Sunday, all eyes will be on Ameristar, Hollywood and Indiana Grand, each of which are located within easy drive-time of a key metropolitan area — Ameristar is close to Chicago, Hollywood is near Cincinnati, and the Indiana Grand is in suburban Indianapolis.

Ameristar Sportsbook: NFL legend Mike Ditka and former Bear return man great Devin Hester will place the first wagers. The sportbook will be located close to the casino’s main entrance, near the Stadium Sports Bar and Grill. Fans can place bets at either the betting window or at kiosks.

Hollywood Sportsbook: Former Cincinnati stars Anthony Munoz of the Bengals and Tony Perez of the Reds will be on hand. The sportsbook is in the Hops House 99 sports bar, and fans can place bets at a betting counter or kiosks. The book will have a bank of televisions.

Indiana Grand Sportsbook: The first of a group of Caesar’s casinos to open its sportsbook, the Indiana Grand will feature “state-of-the-art sports betting technology, high-definition televisions, and luxury seating,” according to a Caesar’s press release.

JUST IN: Caesar's Entertainment plans to open sports betting at @IndianaGrand on September 1 and in downtown Indianapolis two days later, in time for the start of the NFL season. https://t.co/CVF9erog9i

Located about 15 miles from Chicago, the Hammond Horseshoe will open its 5,300-square foot book a day before the Bears and Packers kick off the NFL season. “The Book” has six betting counters, a high-resolution LED video wall, and lounge chairs and couches.

Of the remaining sportsbooks, eight others could open in September, pending regulatory approval. The Winner’s Circle OTB in Indianapolis, the Blue Chip Casino in Michigan City and the Belterra Casino are all targeting openings before Sept. 10.