Tribe's compact with state OK'd via Department of the Interior review, but multiple legal challenges expected 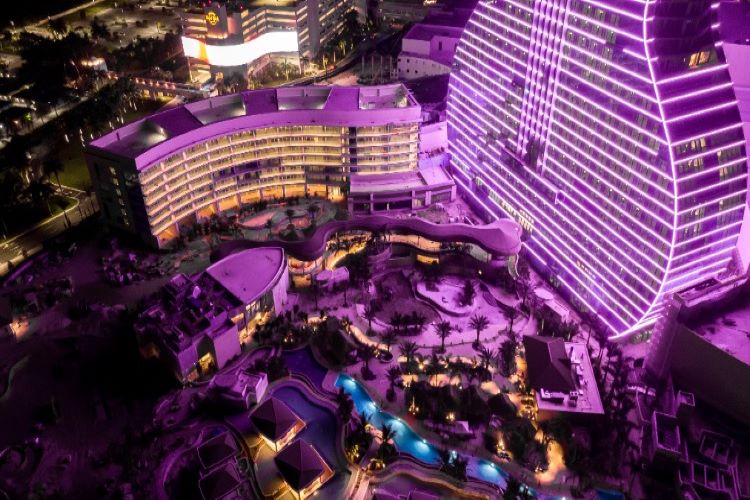 Less than 10 days before the Super Bowl LV champion Tampa Bay Buccaneers begin their NFL title defense with a preseason opener against the Cincinnati Bengals, the status of mobile sports betting in Florida received some clarity Friday afternoon when the Seminole Tribe of Florida notched a resounding victory.

After a thorough review, the U.S. Department of the Interior informed Seminole Chairman Marcellus Osceola that the tribe’s Class III gaming compact with the state of Florida complies with existing federal law and the the Indian Gaming Regulatory Act (IGRA). On Thursday, the Interior Department’s Bureau of Indian Affairs’ (BIA) bumped up against a deadline marking the conclusion of its 45-day review of the historic compact reached between the parties this spring.

The Interior department had the option to approve the compact, reject it, or decline to act — with the latter also constituting approval. In a letter to Osceola obtained by Sports Handle, the department informed the chairman that the federal government took “no action” to approve or disapprove the compact by Aug. 5, the 45th day of the review period. The compact will become effective upon the publication of notice in the Federal Register. Under federal law, the notice must be published within 90 days of the conclusion of the review period.

“The final approval of this historic gaming compact is a big deal for the State of Florida,” Gov. Ron DeSantis said in a written statement. “This mutually-beneficial agreement will grow our economy, expand tourism and recreation and provide billions in new revenue to benefit Floridians.”

When the Florida House of Representatives ratified the compact with the Seminoles in May, representatives on both sides of the aisle acknowledged that challenges on the legality of the historic pact were practically inevitable. At the time, Florida Speaker of the House Chris Sprowls compared the prospect of ratifying the compact without a legal challenge to navigating through a sea of massive icebergs. The compact calls for a minimum payment of $2.5 billion from the Seminoles to the state over the next five years.

While top commercial sportsbooks are expected to mount a legal challenge, the approval of the compact on Friday dealt a massive blow to top books such as DraftKings and FanDuel, which vigorously opposed the pact.

The compact legalized sports betting in the Sunshine State under a proposed tribal-run system that is expected to be controlled in large part by the Seminoles. While the pact allows the tribe to partner with a minimum of three Florida parimutuel venues to offer legal sports betting, the agreement requires every bet placed across the state to be processed through servers located on tribal lands. The stipulation has been widely criticized by commercial sportsbook operators, who contend that the deal provides the Seminole tribe with a virtual monopoly on sports betting in Florida.

The BIA did not immediately respond to a request for comment from Sports Handle, while a spokesman from the National Indian Gaming Commission (NIGC) declined comment. The NIGC is a federal regulatory agency within the Interior Department.

A litany of legal challenges are expected in the coming months surrounding the agreement between the Seminoles and the state of Florida as it relates to mobile sports betting. The first was filed last month by Magic City Casino and Bonita-Fort Myers Corp., a poker room, contending that Florida’s sports betting law is in violation of the federal Wire Act of 1961 and the Unlawful Internet Gambling Enforcement Act of 2006.

Complicating matters is language in the Indian Gaming Regulatory Act (IGRA), which was enacted by Congress in October 1988.

Magic City, a Miami-based parimutuel facilty, and Bonita-Fort Myers filed a “Complaint for Declaratory Judgment and Injunctive Relief” in federal court against DeSantis, claiming that the state online gaming law remains illegal under IGRA. If a bettor places a wager on the Miami Dolphins inside Hard Rock Stadium, the physical bet is made outside tribal lands even if the server is located on a tribal property, the plaintiffs argued. For precedence, the NIGC determined in a 2001 ruling that several tribes in Arizona and California could not lawfully operate a sports betting slot game on the grounds that the “use of the Internet” is not authorized by IGRA.

“Pursuant to the 2021 Compact and the Implementing Law, sports bets initiated by persons located physically anywhere within Florida (or even outside the state) are ‘deemed’ to have occurred on Indian lands because the ‘servers’ and ‘devices’ purportedly receiving the bets are to be located on the Tribe’s reservation,” the plaintiffs wrote in the lawsuit. “‘Deeming’ the bet to have been placed on Indian lands because the servers are located there contradicts decades of well-established precedent interpreting applicable federal law. Contrary to the legal fiction created by the 2021 Compact and Implementing Law, a bet is placed both where the bettor and the casino are each located.”

During the review, the Interior Department closely evaluated the Seminoles’ “hub-and-spoke model” for sports betting, where the tribe’s servers represent the hub and the mobile devices used for placing wagers represent the spokes. The department sent a 12-page letter to DeSantis, dated Aug. 6, outlining its interpretation of IGRA as it relates to online sports wagering.

“The IGRA should not be an impediment to tribes that seek to modernize their gaming offerings,” wrote Bryan Newland, who serves as principal deputy assistant secretary of Indian affairs at the Interior Department.

Florida Education Champions, a prominent Florida political action committee pushing a new ballot initiative, indicated in June that DraftKings and FanDuel each had contributed $10 million to the committee’s efforts, according to the Florida Division of Elections campaign finance records. The initiative, which requires at least 877,263 signatures to make the 2022 ballot, would ask voters to allow online sports betting at professional sports venues and parimutuel facilities. All told, gaming companies spent about $62 million in June on multiple ballot initiatives related to gaming.

“It is our shared goal to have a safe, legal, regulated and competitive market for online sports betting in the Sunshine State, and Floridians deserve a market-leading and technologically advanced product offering,” Robins said on DraftKings’ 2021 second-quarter earnings conference call.

Heavy blow to online sports betting in Florida. I wonder how much of $DKNG report was contingent on entering Florida in the foreseeable future https://t.co/jEDHD1BrzK

“Today is a great day for the people of Florida, who will benefit not only from a $2.5 billion revenue sharing guarantee over five years, but also from statewide sports betting and new casino games that will roll out this fall and mean more jobs for Floridians and more money invested in this state,” Osceola said in the statement.