First time handle total is below $100 million since November 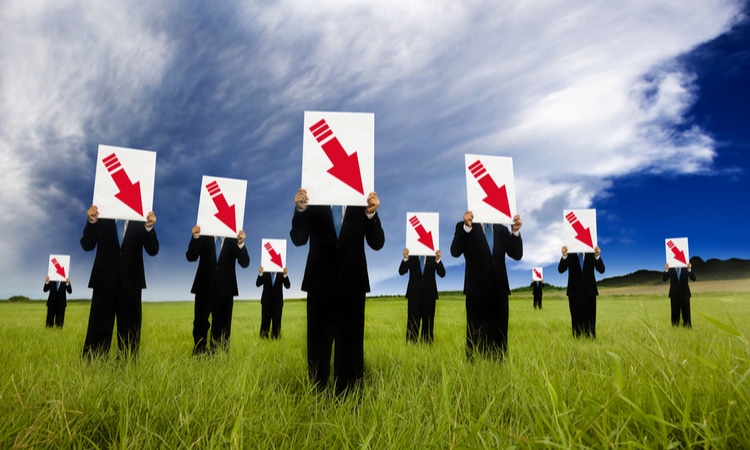 Photo by Tom Wang via Shutterstock

The dog days of summer appear to have started early in Iowa, where the state’s Racing and Gaming Commission reported a sports betting handle of slightly under $89 million for July on Friday.

The figure represented a 20% drop from June’s handle of more than $111.1 million and also marked the first time since remote registration was made available at the beginning of the year that a monthly handle failed to reach $100 million. It was the lowest reported handle by the IRGC since November’s total of nearly $87.2 million.

The sharp decline in handle contributed to a dip in revenue, as operators collected close to $7.1 million in July. That was a drop of 15.7% month over month, as operators posted a hold of nearly 8% last month — a slight improvement from June’s win rate of 7.6%. Iowa’s tax coffers received $479,479, as it surpassed $8 million in total receipts since launching in August 2019.

Bettors did not make their way to the retail sportsbooks at the state’s 18 casinos frequently in July, as handle from those locations totaled $11 million, a drop of 31.4% from June. The three sportsbooks that surpassed $1 million in retail handle that month — Ameristar Casino and Horseshoe Casino in Council Bluffs, and Diamond Jo in Worth — saw their combined wagers slack from more than $10.2 million to $7 million in July.

A fourth retail book, located at Rhythm City Casino in Davenport, saw handle plummet 65.7% from June to slightly less than $325,000 in July. Furthermore, in-person betting failed to generate $1 million in cumulative revenue, as the sportsbooks posted a hold of 8.5%.

The IRGC made some changes to its revenue reports that allow for the viewing of handle and revenue by operator in addition to by casino location. Overall, the 12 operators generated $77.9 million in handle and slightly more than $6.1 million in revenue, resulting in a hold of 7.9%.

The new reporting method showed that Caesars remained the top mobile sportsbook in the Hawkeye State for online handle, as the nearly $28.7 million generated accounted for 36.8% of all action. DraftKings was the only other operator to claim more than 30% of market share, totaling more than $23.4 million. FanDuel ($12.1 million) was the only other operator with a double-digit market share at 15.5%, while BetMGM ($6.3 million) and PointsBet ($2.3 million) round out the top five for handle.

It was the first time BetRivers, which entered Iowa in an online-only capacity in January, had its handle specified, and its nearly $1.6 million ranked sixth. TheScore, which is to be acquired by Penn National Gaming in a $2 billion cash-and-stock deal announced Thursday, placed eighth with more than $1.1 million in wagers accepted.