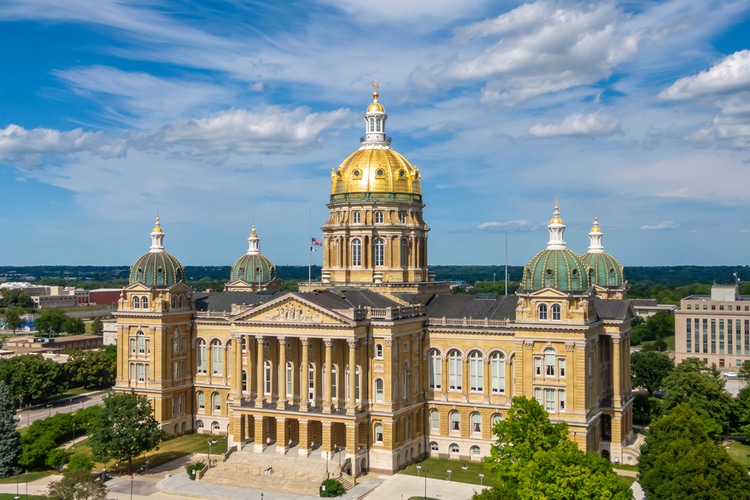 The Iowa Racing and Gaming Commission reported on Friday sports wagering handle of more than $177 million for April, a substantial month-over-month drop that was not completely unexpected given the lack of notable college athletics and a lighter overall sports schedule inventory.

Handle dropped 24% from March’s total of $233.5 million, but it still managed to rank eighth of 33 months since the Hawkeye State began accepting wagers in August 2019. The year-over-year metric was far more positive, as April’s handle improved close to 50% compared to 2021.

With the notable dip in handle came a downturn in revenue as operators totaled just shy of $12.4 million, from a hold that narrowly missed the industry standard of 7%. Operator revenue was 14% lower compared to March but still good enough to rank sixth all-time. It was also 60.5% higher compared to April 2021.

For the second straight month, DraftKings claimed the top spot for mobile handle, despite its $44 million in wagers being 32.1% lower than the nearly $65 million in accepted bets in March. Caesars again narrowly held off FanDuel for the No. 2 spot, with the spread between them about $860,000 as Caesars had $39.2 million handle compared to FanDuel’s $38.4 million. BetMGM was the only other operator with an eight-figure handle, finishing just shy of $21 million, as the quartet combined to claim more than 88% of the overall mobile market share.

Among the smaller mobile sportsbooks, the Kambi-powered Daily Racing Form had handle nearly double to more than $830,000 in April versus $440,000 in March. Five operators posted AGR losses, with Circa’s $58,010 the highest off $932,300 wagered. Finishing $55,336 in the red, Hard Rock was the only other operator with a five-figure loss.

Brick-and-mortar sportsbooks collectively came out nearly $850,000 ahead on close to $16 million wagered for a 5.2% hold, but there was little in the way of trends to follow. Four venues reported losses, with Catfish Bend Casino taking the worst of it as it finished more than $27,000 down on less than $170,000 bet.

The two largest handle generators for April — Diamond Jo in Worth and Ameristar in Council Bluffs — had wildly divergent results. Diamond Jo’s win rate was 0.8% on close to $5 million wagered, while Ameristar had a 9.4% hold to claim more than $309,000 from $3.3 million in bets.

Lakeside Casino had its second consecutive monthly loss as bettors came out nearly $11,000 ahead on more than $150,000 wagered. It is currently the only retail sportsbook with negative revenue for the year to date, having paid out $12,071 more than the $1.2 million in wagers accepted.