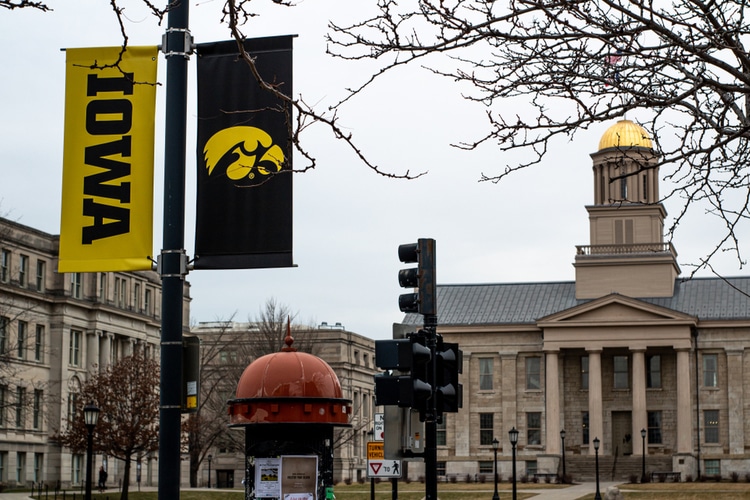 Iowa became the 10th state to clear $2 billion in sports betting handle for 2021, capping its first year of remote registration on a strong note with more than $266.5 million wagered in December, according to the state’s Racing and Gaming Commission.

The Hawkeye State transitioned to remote registration in 2021 after requiring in-person registration upon launch in August 2019 and through the pandemic-affected 2020. The convenience was not lost on bettors, as mobile handle for the year finished just shy of $1.8 billion, accounting for 88.1% of all handle, compared to 66.5% of the $787.5 million wagered in 2019 and 2020.

The December handle was 7.2% lower compared to November’s record of $287.2 million, but it was still good enough for third all-time in the 29 months of wagering. While the IRGC does not provide sport-specific breakouts, the football season appeared to be a huge catalyst for the surge in handle. The nearly $1.05 billion wagered the final four months of the year accounted for 51.2% of the year’s handle.

Revenue of $13.4 million fell 32.3% compared to November, as the 5% hold in December was nearly 2 full percentage points lower. That total, though, was also good for third-highest of any month since launch. It resulted in $957,637 in tax receipts, as the state narrowly missed generating $1 million in that department in back-to-back months for the first time.

Operators claimed nearly $114 million in revenue for the year, with the state collecting more than $8.7 million in taxes.

Mobile wagering represented 90.7% of the overall handle in December, an all-time high in terms of percentage, while the $241.7 million bet was the third-highest amount. Caesars Sportsbook continued to maintain the largest market share, accepting nearly $90.1 million in wagers for the month and $653 million for the year. It will be the first mobile operator in the state to clear $1 billion in cumulative handle when January’s numbers are released.

While Caesars also claimed the top spot for revenue in December with more than $3.6 million, that was 22.9% lower than its record haul of nearly $4.7 million the previous month. DraftKings was the only other mobile operator to reach $3 million in revenue, clearing that bar by $568 and finishing runner-up in handle with $72.3 million.

While FanDuel more than doubled BetMGM’s handle with $35.7 million compared to $17.2 million, BetMGM almost overtook it for third in revenue. FanDuel had close to $1.9 million in revenue on a hold of 5.3%, while BetMGM’s win rate of 10% let it collect more than $1.7 million.

Barstool Sportsbook showed its November entrance was no fluke as it finished fifth in handle with just shy of $9 million, giving it close to $19 million in its first two months of operation in Iowa. Its $556,009 in revenue was also enough to round out the top five.

A challenging month on the retail side

Retail revenue fell nearly in half month-over-month, totaling $1.5 million on $24.8 million wagered. The 6.1% hold was the lowest reported for the year at Iowa’s brick-and-mortar sportsbooks, and the lowest win rate unaffected by COVID-19 since a -3.21% hold in February 2020 that was created in large part by Super Bowl wagering on the Kansas City Chiefs.

Five sportsbooks cleared $1 million in handle, paced by Diamond Jo’s Worth location with more than $6.2 million. Ameristar Casino in Council Bluffs was second with $5.5 million, while nearby Horseshoe Casino accepted close to $3.7 million in bets. Ameristar and Diamond Jo switched podium spots for revenue, with Ameristar taking honors with $384,513 and Diamond Jo collecting $271,676 to place ahead of Horseshoe ($222,619).