Iowa Bettors Continue Their Roll Versus The House In February

Handle and revenue plummet noticeably in shortest month of the year 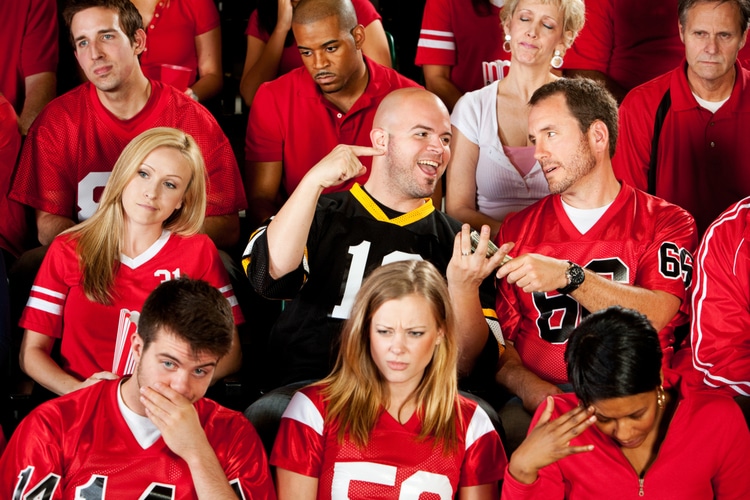 The Iowa Racing and Gaming Commission reported sports wagering handle of nearly $216 million for the month of February on Monday, as bettors continued to confound the house.

Overall operator win rate was just below 4% in February, the fourth-lowest monthly win rate of the 31 since Iowa launched in August 2019. The state’s four lowest holds have each come over the last six months, with operators claiming just $68.2 million in that span from nearly $1.6 billion wagered.

February’s handle was 28.8% lower than January’s $303.3 million in accepted wagers. Year-over-year numbers, however, showed a sharp improvement, as the 2022 handle was 50.3% higher compared to 2021. Iowa launched remote registration for mobile wagering in January of last year, which has heavily contributed to the Hawkeye State consistently ranking in the top half of states for handle on a monthly basis.

February’s operator revenue totaled close to $8.6 million, a decline of just under 40% versus January. It was an 11.3% increase compared to February 2021, as the notable spike in handle helped offset a win rate that was nearly 1.5 points lower than last year.

Caesars has long been the dominant mobile player in Iowa since launching as the sportsbook formerly known as William Hill. Its multiple retail locations allowed for a rapid spread in the mobile space during the in-person registration period from launch through the end of 2020, and while Caesars no longer has a majority of the mobile market share, it has always been a clear No. 1 in the Hawkeye State.

It was again atop the handle list for mobile operators in February, but its margin was slashed dramatically. Caesars’ handle dropped 45% to just shy of $62 million, its lowest total since accepting $66.5 million in wagers last September. Additionally, bettors again outpaced the state hold, limiting the book to a 1.9% hold, as Caesars claimed less than $1.2 million in revenue.

Caesars has not hit the industry standard win rate of 7% in Iowa for 13 months running, and it was the seventh time in the last 10 months the the sportsbook reported a sub-3% hold.

Though DraftKings also saw a notable month-over-month drop in handle, its $52.3 million in wagers accepted meant the spread between it and Caesars was less than $10 million compared to the $43.8 million in January. FanDuel was a comfortable third at $35.7 million, which was a 19.1% dip from January. BetMGM rounded out the top four at just shy of $22 million with an increase of nearly a quarter-million dollars.

Four mobile operators cleared $1 million in revenue in February, with DraftKings leading the way at $3.2 million, a 7.2% increase from January, as its win rate climbed nearly two full percentage points. BetMGM was a distant second at $1.6 million, while FanDuel narrowly trailed Caesars by edging over the seven-figure mark.

What role the Super Bowl played in low revenue numbers is difficult to determine. Sportsbooks statewide reported an overall handle of nearly $16.3 million to the IRGC. but did not disclose a revenue figure.

Elite Sportsbook, which is tethered to Rhythm City Casino and Riverside Casino and Golf Resort, reported its first loss since launch, as bettors came out nearly $210,000 ahead on just over $3 million bet. Overall, mobile handle declined 29.3% from January to $195 million, and the 3.6% hold resulted in $6.8 million in operator revenue — down 43%.

There was also a substantial drop in retail action, with handle plunging 25.3% to $20.5 million for February. Brick-and-mortar books totaled less than $800,000 in revenue, the first time it failed to reach $1 million since last July as the overall win rate was cleaved more than half from January to 3.9%.

Four of the state’s 19 casino sportsbooks took an “L” for February, with Diamond Jo’s properties in Worth and Dubuque ranking 1-2. Diamond Jo Worth paid out $102,235 more than the $6.8 million in wagers placed, marking the first time any retail book in the state took a six-figure monthly loss since the Kansas City Chiefs won Super Bowl LIV in 2020. Its Dubuque property took its worst monthly loss since launch, finishing more than $80,000 in the red from less than $700,000 wagered, resulting in a win rate of -11.9%