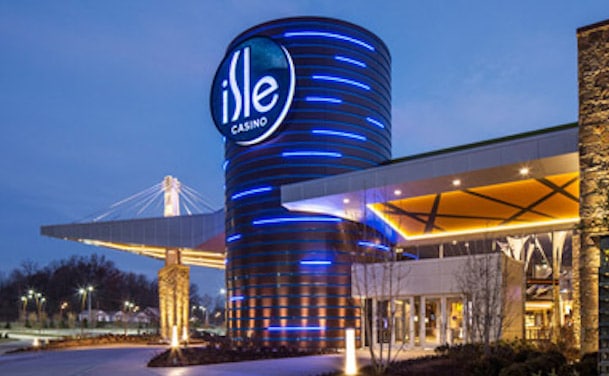 Though an Iowa House subcommittee gave the thumbs up to a bill that would legalize sports betting and sent it on to the House Commerce committee on Wednesday, the bill is still likely to undergo substantial amendment.

HSB 592, which calls for legal sports betting in a state with no professional teams, is likely to be approved, in large part due to a legislative deadline, according to the Des Moines Register. The bill in its current form is pretty thin while a pair of amendments — one from the NBA and MLB jointly, another from the Iowa Gaming Association — were discussed on Wednesday.

“This is not the bill,” Local Government subcommittee chairman Jake Highfill (R-Johnston) told the Register. “We will keep working on this bill as we move forward.”

That “integrity fee” may be a key driver in getting the professional leagues to back sports gambling legislation in any state. The NBA and Major League Baseball, which have formed some sort of alliance with regard to legalizing sports betting, have both registered against the bill in Iowa. The two have also registered against proposed legislation in several other states.

But with no integrity fee included in the leagues’ 13-page proposed amendment, it appears the push for a percentage may have fallen on deaf ears.

As previously reported by SportsHandle.com, an Indiana legal sports betting bill includes a 1% “integrity fee” benefiting the leagues, which sounds innocuous, but it’s 1% of all bets placed, which equates to a 20 percent cut of sportsbook operator revenue. In New York State, the NBA staked its claim to the same 1% “integrity fee” before the State Senate.

At the heart of their opposition is money: both leagues have publicly stated that they believe the leagues that provide the games that sports bettors gamble on, are entitled to benefit directly through a fee on all wagers placed on their games.

“We support legislation that includes comprehensive protections for the integrity of our sport” NBA spokesman Mike Bass told the Register earlier this month. “We look forward to working with legislators in Iowa and elsewhere to ensure that sports betting laws include these protections.”

The proposed legislation in Iowa has already moved fairly quickly through the House. It was introduced on Jan. 30, sent to subcommittee, and cleared just eight days later.

Should it later pass, Iowa would be at the forefront of states passing legislation to legalize sports betting as all gaming states wait for the United States Supreme Court to rule on Christie vs. NCAA, which could result in the court overturning PAPSA, the 1992 federal law effectively banning sports betting outside Nevada.

Iowa already has 18 commercial casinos, but has been reluctant to pass any legislation favoring daily fantasy sports. However, a sports betting bill would serve a much larger market and the potential revenue is certainly a key consideration.

The study bill, authored by Representative Ken Rizer (R-Marion) is intentionally vague, but does outline how sports betting would be handled while leaving the regulatory details to the already existing state Racing and Gaming Commission.

When Rizer authored the bill, he told The Gazette it was designed merely to open conversation on the topic. The proposed bill does allow not only for in-person sports betting at casinos, but also leaves the door open for mobile betting via phones or apps.