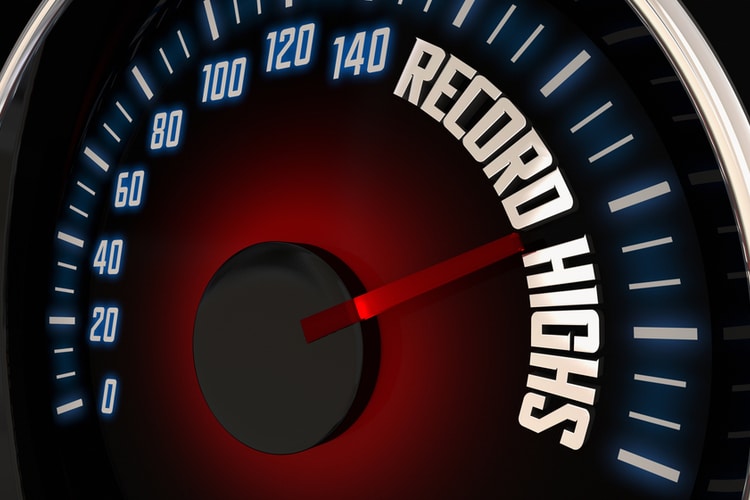 Iowa became the eighth state to clear $2 billion in cumulative sports betting handle during the post-PASPA era in grand style Friday, with the state’s Racing and Gaming Commission reporting a record handle of $280.9 million for the month of October.

The Hawkeye State joins New Jersey, Nevada, Pennsylvania, Illinois, Indiana, Colorado, and Michigan in the select group, with Tennessee and Virginia expected to join when those states release their respective reports for October. It took Iowa bettors 19 months of wagering to clear $1 billion worth of bets, but the combination of remote registration and the rampant popularity of NFL wagering compressed the timeline to eight months for the second billion.

October’s handle was a 33.5% increase compared to September, which marked the first time Iowa cleared $200 million in monthly handle. It was also 243% higher compared to October 2020’s handle of $81.9 million when in-person registration was still required to gain access to mobile wagering.

Despite the dramatic spike in the amount wagered, operators failed to see a notable improvement in their fortunes, as bettors limited them to a 2.3% win rate — in large part due to the public faring well in back-to-back weeks of NFL betting during the month.

That is the lowest monthly hold of any state with legalized wagering in the U.S. this year and the second consecutive month in Iowa it was below 3%. It is also the second-lowest hold in the 27 months of sports wagering in Iowa — only the 1.3% win rate from February 2020 that Missouri bettors contributed to by crossing the border to bet on the Kansas City Chiefs in Super Bowl LIV was lower.

Plebeians still rising up against the emperor

Caesars has long been the dominant mobile option in Iowa, dating back to launch, when it was known as William Hill. Though it was one of 15 mobile apps accepting bets in the state during October, it built a vast reach from its six retail locations during the in-person registration period. That foundation helps it be the top handle generator for Iowa.

That dominance was plainly evident as Caesars accepted just shy of $97 million in wagers, claiming 38.9% market share of the $249.5 million in mobile bets. The $97 million set an all-time high for any operator in the state and was a staggering 45.8% month-over-month increase from the September handle of $66.5 million, which had set a short-lived record.

Bettors, though, have seen to it that the “emperor” is not getting any clothes nor working a new groove. While promotional play contributed to the end result since it cannot be deducted for tax purposes, the public came out more than $1.5 million ahead in October. That was after nearly breaking even in September when Caesars posted a paltry $749 profit.

Caesars has now gone six straight months without posting a win rate of at least 4%, totaling only $1.7 million in revenue from $294.3 million wagered.

Caesars was not alone, however, as an operator that paid out more than it accepted in wagers. BetRivers finished down nearly $120,000 on more than $3.7 million bet, while Fubo Sportsbook’s soft launch prior to full-on betting beginning this week resulted in $26,561 in payouts from $21,589 wagered.

While DraftKings posted a slender 1.9% win rate for October on $76.4 million wagered, its $1.4 million in revenue represented a swing of nearly $3.4 million to the positive after finishing down nearly $2 million in September. FanDuel had the highest revenue of any mobile operator for the month, reaching just shy of $2.1 million on $38.1 million in wagers.

And over on the retail side

Retail sportsbooks saw a notable bump in action as the 19 venues across the state combined for an all-time high of nearly $31 million in handle, eclipsing the previous mark of $28.8 million in January. Though they did not fare as well in October as they did in September — the retail win rate then was a 2021-high of 17.7% — the still-respectable 9.7% hold provided just over $3 million in operator revenue.

For the first time, two venues surpassed $7 million in handle in the same month as Diamond Jo in Worth and Ameristar in Council Bluffs near the Nebraska border turned the trick. Both fell just shy of Diamond Jo’s state standard of more than $7.2 million in January, which was the only other time a venue reached $7 million.

Diamond Jo did outpace the state hold, however, as its nearly 11% win rate provided top revenue honors with a haul of $788,755. Horseshoe Casino in Council Bluffs also cracked $700,000 thanks to a 14.9% hold on nearly $4.8 million worth of wagers.