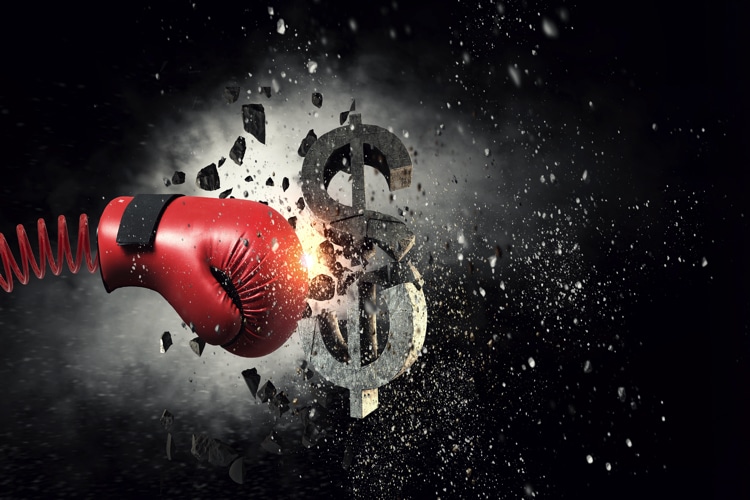 The Iowa Racing and Gaming Commission reported a record $25.4 million in adjusted gross revenue claimed by sports wagering operators for September as the house posted a double-digit hold for the third consecutive month.

The revenue figure shattered the previous record of $19.7 million last November, when the $287.2 million handle was a short-lived record. September’s handle surged 63.4% from August, but it was also 4.8% lower compared to the $210.4 million wagered in September 2021. Iowa also became the 12th state in the post-PASPA era to reach $25 million revenue in a month.

The 12.7% win rate is the third-highest in 38 months of wagering in the Hawkeye State and nearly one full percentage point higher than the 11.8% hold for August. Three of the top seven holds in state history have been recorded in the last three months, with September’s hold the highest since a 12.9% mark in September 2019 in the second month of operations.

Bettors have wagered $1.6 billion in Iowa through the first nine months of the year, an increase of 35.2% compared to 2021. Revenue is 61.5% higher at close to $119.9 million, aided by a 7.4% win rate that is more than one full percentage point higher than last year.

The state received more than $1.7 million in tax revenue from operators for the month. Despite the record revenue total, it is the second-highest tax bill because of adjustments in revenue that were made in the November 2021 report which pushed that month’s levy over $2 million. The state has received more than $8.1 million in tax receipts for the 2022 calendar year, $2.9 million more than the same period in 2021.

September #SportsBetting numbers for #Iowa via IRGC, a 🧵. All-time thru 9/22

It was a big September for DraftKings in Iowa for a few reasons. It joined Caesars Sportsbook as the only mobile operators to surpass $1 billion in all-time handle, with the $66 million in accepted wagers nearly doubling August’s amount. The Massachusetts-based book also set an all-time record for revenue by a mobile operator with $7.3 million on the strength of an 11.1% hold.

Had DraftKings not had such a banner month, FanDuel would have held that revenue mark. DraftKings’ longtime rival claimed $6.4 million, its high-water mark in the state and the No. 2 all-time revenue total of any online sportsbook. FanDuel’s 15% win rate on $42.4 million handle was also an all-time high in Iowa and marked its fourth double-digit hold in the last six months.

Caesars had a record 12.2% hold, and its $3.7 million in revenue trailed only November’s haul of $4.7 million. It was also the first time since May that Caesars topped $30 million in handle after doing so for 10 consecutive months.

BetMGM cleared $2 million in revenue for the second time since entering Iowa in January 2021, finishing with $2.2 million while posting a 13.2% hold on $16.6 million in bets. Barstool Sportsbook had a year-high $513,000 in revenue as its month-over-month handle more than doubled to $8.1 million — its best month for handle since accepting close to $9.2 million in bets in January.

The overall hold on mobile wagering was a state-record 11.9%, as online sportsbooks claimed $21.2 million in revenue for September. The banner month also lifted mobile revenue above $100 million for the year, well clear of the $84.8 million generated for all of 2021.

The Australian sportsbook ClutchBet made its first appearance in Iowa’s revenue report, accepting $163,264 in bets but posting a soft 1.2% hold to collect $1,919.

Another rout on the retail side

September #SportsBetting numbers for #Iowa via IRGC, a 🧵. Overall mobile and retail Han/Rev/WR

Diamond Jo’s sportsbook in Worth bettered its previous state record for monthly revenue, this time reaching more than $1.4 million thanks to a 20.3% hold. It remains the only brick-and-mortar location to top $1 million, first accomplishing the feat last September. It also cleared $7 million in handle for the third time since opening