Iowa Sports Betting Revenue Up 37% For June Compared To May

Revenue jumps to $8.4 million despite small dip in handle for second straight month 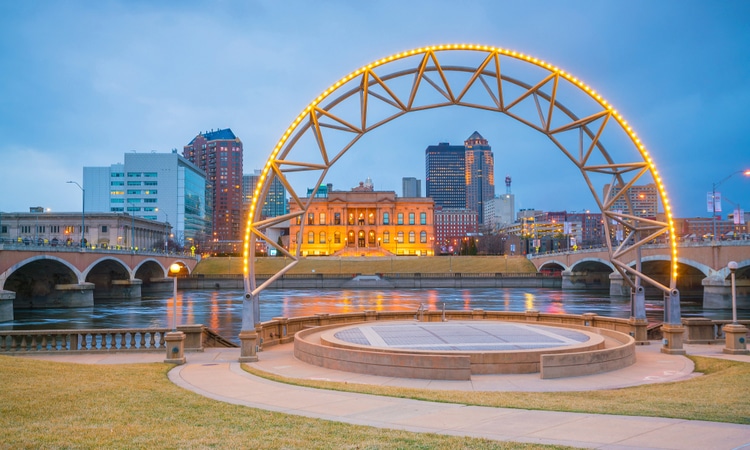 Photo by f11photo via Shutterstock

The Iowa Racing and Gaming Commission reported a sports betting handle of nearly $111.2 million for June as operator revenue in Iowa jumped more than 37% compared to May, thanks to a substantially higher hold.

Operators totaled more than $8.4 million in revenue, the fourth-highest monthly amount since the Hawkeye State began accepting wagers in August 2019. The 7.6% hold was more than two full percentage points higher than May’s win rate of 5.3%, which resulted in operators keeping more than $6.1 million that month.

While Iowa cleared $100 million in handle for the seventh straight month, it was the third consecutive report in which the handle dipped month-over-month since reaching its peak of $161.4 million in March. The drop the last two months has been slight, though, as the handle was $118.3 million in April and nearly $114.9 million in May.

The state’s tax coffers received $568,502 from operator revenue in June, lifting that total to nearly $3.7 million for the year. Iowa’s 6.75% tax rate on sports betting revenue is tied with Nevada’s for the lowest in the country.

The June report also completed Fiscal Year 2021 for the IRGC, which reported a 12-month handle of nearly $1.22 billion and more than $6 million in taxes collected on close to $90 million in operator revenue.

The month-over-month retail handle spanning the state’s 18 sportsbooks climbed 7.2% from May to just over $16 million, but operator revenue from those wagers spiked 56% higher to more than $2 million. The 12.73% win rate on-site was nearly four full percentage points higher compared to May’s otherwise-solid hold of 8.75%.

The two sportsbooks with the largest handles, with nearly $8.2 million between them — Ameristar Casino in Council Bluffs and Diamond Jo in Worth — accounted for more than $1.1 million of the state’s retail revenue as they posted holds of 11.86% and 16.15%, respectively. Fourteen venues had double-digit win rates, with Catfish Bend in Burlington leading the way at an eye-popping 27.87% on $240,915 worth of wagers.

Perhaps more stunning was Diamond Jo’s retail sportsbook in Dubuque finishing down for June as bettors came out $7,471 ahead on more than $650,000 wagered. Through the first six months of 2021, Iowa’s retail sportsbooks have posted a 10.65% hold, collecting more than $12.1 million on over $114 million wagered.

DraftKings and BetRivers, which are the mobile tethers to the Wild Rose sportsbooks at Clinton, Jefferson, and Emmetsburg, paced online revenue as the two claimed more than $2.5 million from nearly $31.3 million wagered. The properties’ June online revenue was nearly double that of May despite a 6.5% decline in month-over-month handle.

FanDuel was a distant second in online revenue with more than $1.3 million, but it did have a 9.15% hold from the $14.6 million wagered via Diamond Jo’s Dubuque location. William Hill took top honors for online handle as its six tethers accepted nearly $33.2 million in wagers, but the Caesars-powered book finished just shy of $1.3 million in revenue as the overall hold at those properties was 3.92%.

BetMGM and PointsBet rounded out the top six for online revenue, with BetMGM claiming $723,545 off more than $8 million in bets and PointsBet collecting $283,714 from nearly $3.3 million in wagers. 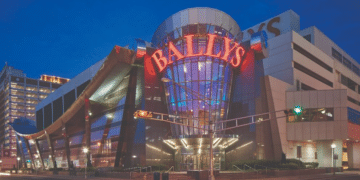 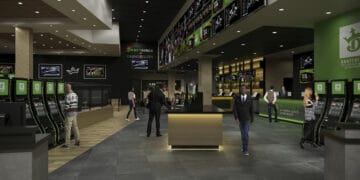 Listen To ‘Get A Grip’ Episode 14: Aaron Rodgers Speculation Spells Betting Madness; All Aboard In Arizona; Booking The NFL Preseason