Bettors in the Hawkeye State can now wager on pros and colleges, both in-person and online 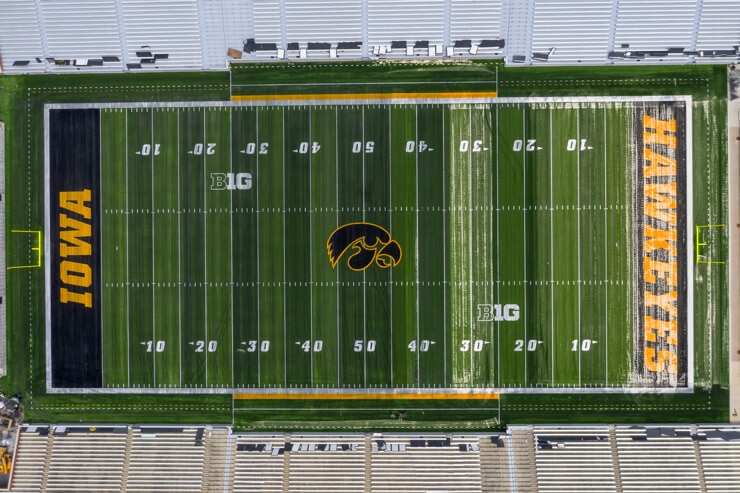 Iowa on Thursday became the first Midwestern state to go live with sports betting, when sportsbooks across the state held celebrations and the first bets were placed.

Among the launches were four William Hill sportsbooks — at the Lakeside Casino & Hotel, Isle of Capri Bettendorf, Isle of Capri Waterloo, and Prairie Meadows Racetrack & Casino. BetWorks also launched three properties. Iowa has 19 casinos, and according to the local ABC affiliate, 14 were set to go live Thursday. Eighteen casinos are licensed for sports betting.

At Prairie Meadows’ new sportsbook, seven stakeholders, including Senators Jack Whitver and Tony Bisigano, used giant scissors to cut an oversized ribbon at the strike of noon, local time. Immediately after, Whitver and Bisigano, key sponsors of Iowa’s sports betting legislation, made the first bets. Whitver bet Iowa State to beat Iowa in the state’s Big Game on September 14, while Bisigano, decked out in a New York Yankees jersey, placed two bets on the Bronx Bombers — one to win, and a second on an under of 11 runs.

The ribbon has been cut… pic.twitter.com/H16zoRznlQ

More from the casino ahead at 5. @KETV pic.twitter.com/x5BUffIRsf

Iowa law allows sports betting on professional and college sports, but does not allow prop bets on colleges, making it one of only a handful of states to prohibit those prop bets. Sportsbooks will be taxed at a rate of 7.5%.

The big get for Iowa by launching early is the mobile piece — bettors must be located in Iowa at the time they place a bet, but don’t have to be residents of the state. What that means is that residents of Iowa’s seven border states — in particular, Illinois — can drive over the border and place sports bets in time for the college football season.