The IRS Is Coming For Federal Tax On DFS Entries, Just Like Sports Betting

The agency is building its case, with a potential Treasury shift on the horizon 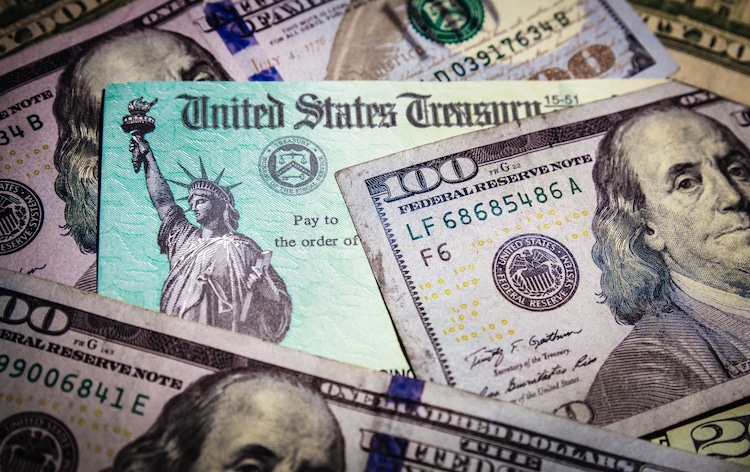 The Internal Revenue Service (IRS) last week doubled down on its position that daily fantasy sports (DFS) entry fees are akin to sports wagers, signaling that it is a matter of when, and at what percentage, the IRS will levy federal taxes on those sums. This will not come as a surprise to DraftKings or FanDuel, which will likely become taxation victims of their own success after morphing into national sportsbook juggernauts generating large sums of revenue separate from DFS.

In late August, the IRS released a Technical Advice Memorandum concluding, “We have determined that DFS entry fees are taxable wagers under IRC §§ 4401 and 4421.” That refers to the code’s longstanding federal excise tax of 0.25% on all legal sports wagers. However, the tax could be as high as 2% off the top depending on whether entries are submitted in a state where DFS is “authorized” or a state where DFS is not expressly legal. Then in another memo released on Oct. 16, concerning a separate section of the code, the IRS reiterated this position, stating that DFS entry fees “constitute an amount paid for a wagering transaction.”

DraftKings CEO Jason Robins has rejected the notion that DFS is gambling, dismissing the first memo as “non-binding” and “deeply flawed in its analysis.” Robins said on a second-quarter earnings call in August, “Our position continues to be, which we believe has been reaffirmed through state legislatures and courts throughout the country, that DFS is not wagering. And we believe that the arguments at the federal level are incredibly strong and that many courts and legislatures have affirmed that.”

Robins may believe that the DFS operators have the upper hand, but the IRS is not going away, as indicated by the case-building second memo. Which means absent a settlement, the matter may be headed to Tax Court.

“The DFS companies are talking to high-level people at Treasury who are appointed,” an industry source told Sports Handle on the condition of anonymity. Referencing the possibility of new Treasury appointees in the event of a Joe Biden-Kamala Harris victory in the Nov. 3 presidential election, the source said “their successors might just want to move on, or maybe [the same people] are easier to deal with during a lame-duck session.”

By way of background, the IRS is not bound to state legislature determinations about DFS’ classification, or judicial rulings around the country. And there’s a lot of significantly sized potatoes at stake here: an estimated $20-$30 million in annual taxes, according to Morgan Stanley analyst Thomas Allen. The companies may also become subject to taxes on billions of entry fees already put into play going many years back. That’s known as a clawback. For illustrative purposes, suppose the IRS were to find that 0.25% applied to all $4 billion in DFS entry fees (an approximation) made in 2019; that’s $10 million for just the one year.

Given the possible size of the taxes the government may be able to collect here, it seems likely that potential Treasury successors to the Donald Trump administration would give the matter more than passing thought.

“The IRS made its position clear that DFS involves wagering rather than a game of skill, and that will clearly be its litigating position when that position is challenged by DraftKings and FanDuel, as well as other smaller players in the industry,” said taxation law and IRS expert Marcia Wagner, founder of the Boston-based Wagner Law Group. “The 2020-009 memorandum has limited precedential value, which may be why the IRS sought to double down on it in the second ruling. I do think the reason for the second memo is to build a case.”

The question of DFS’ identity and classification as skill or gambling has generated volumes of academic articles and spawned court cases concerning its legality in states including Illinois and New York, among others. But as far as the IRS is concerned, it is indeed gambling. “The argument that DFS transactions are excluded from wagering as a game of skill are unpersuasive,” writes the IRS.

Wagner explained how the process may play out:

I am aware that there is a significant case pending in the New York Court of Appeals as to whether fantasy sports constitute gambling rather than a game of skill, but the outcome of that case, even if favorable to the industry, will not affect the IRS. When the IRS seeks to enforce the excise tax on these transactions, the likelihood is that the Tax Court will follow its precedent with respect to poker playing.

The Tax Court position may be subject to challenge — it is based in part upon dictionary definitions, and reliance upon dictionary definitions has been called into question in recent years, but that said, the likelihood from an enforcement perspective is that the Tax Court will agree with IRS. In light of the unfavorable Tax Court precedent upon which IRS is relying in part, an industry member who is assessed a deficiency could pay the excise tax and file for refund so that the matter would be heard by a District Court, but the IRS would still be relying upon the Tax Court position.

Beyond that, if an unfavorable Tax Court or District Court decision is appealed to one of the Circuit courts, there is no way of predicting how that court would rule. Whether the daily fantasy sports business is a game of skill or gambling is a close question, which is why there have been a variety of responses to that at the state level.

For now, settlement talks are ongoing.

Robins advised on the August investors’ call that DraftKings has been “involved in an audit with the IRS for many years, and that’s something that continues to go on.” He added that he expects it could take “quite some time” to resolve, and declined to estimate “what the ultimate resolution” could look like.

An industry source noted that “the latest memo is dated Sept. 15, so it doesn’t indicate any break from the current discussions between the companies and the government.” The source continued, “This memo is part and parcel of moving down the path of that first memo that was sent out.”

The biggest variable in this equation is whether and where the IRS seeks to collect 0.25% off the top on the sum of DFS entries, or a full 2%, which the agency says applies to entries in jurisdictions where DFS contests are not “authorized,” or some figure mutually agreeable figure in between. The states not yet in the expressly legal bucket include California, Texas, and Florida, otherwise known as almost 30% of the U.S. population (or 122 Electoral College votes, ‘tis the season).

An IRS-DFS settlement probably will not have any impact on the legality of DFS contests from state to state, but the cost probably would be passed along to DFS players.

The cost of doing business in states like Florida — a potential expense of 2% of all entries — would be much higher than in states such as Virginia and Pennsylvania (0.25%), where DFS contests are expressly legal.

Would it still be worth ponying up 2% to keep operating while “unauthorized” in certain states? Maybe yes, especially since building a large database of DFS players will help both DraftKings and FanDuel maintain an edge in reaching sports bettors, for when it eventually becomes legal in those states.

There’s a lot at stake, but DraftKings and FanDuel have proven to be risk takers, and they are not strangers to litigation.

“This is a big case and it’s going to have precedential value, and lead to a lot of money for the government,” Wagner said. “If the government thinks it’s due a significant excise tax, if it can’t settle it favorably to the government, it will not.”