DraftKings’ CEO Jason Robins: So Much More Out There To Bet On

During webinar, DraftKings founder said his company has been gauging interest in betting on politics, eSports, awards shows, and more 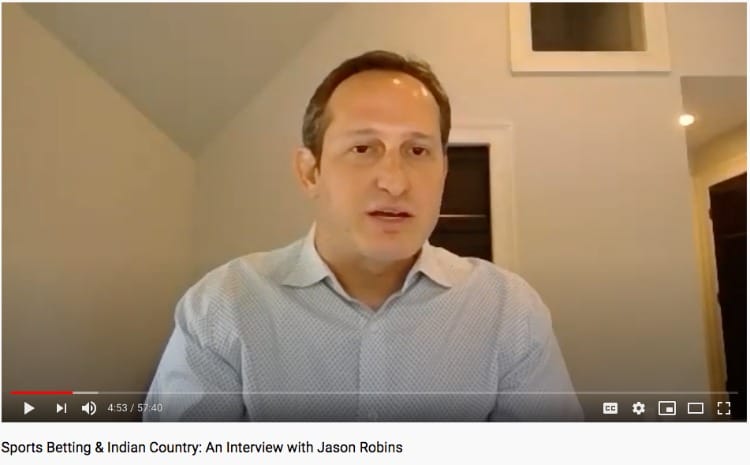 DraftKings founder and CEO Jason Robins isn’t about looking at the negative. So, once the company’s employees were safe and comfortably situated in their remote offices when the COVID-19 crisis began sweeping the U.S. in March, Robins and DraftKings decided to use it as a chance to explore.

“Instead of thinking ‘Gee, what’s going wrong?’ we asked our team to focus on what opportunities are there,” Robins said during a webinar hosted by tribal gaming guru Victor Rocha last week. “Was this a time we could grow eSports? How about the Academy Awards? Politics? TV shows? It was free stuff, but we got a lot of data about what people could be interested in.”

What Robins and his team really learned, though, is that people who bet on sports aren’t just interested in betting on sports — and that could open all kinds of possibilities for companies like DraftKings and FanDuel, both of which not only offer sports betting but are leaders in daily fantasy, as well.

It’s likely that FanDuel and others in the mobile/online sports betting and DFS spaces were doing exactly what DraftKings was doing during the toughest times of the pandemic — offering free-to-play games on a variety of events to keep customers engaged and with the goal of understanding what they could grow, what to ask regulators to consider adding in the future, and in what new ways they could engage patrons.

As recently as last week, DraftKings continued to test the waters, this time during the first presidential debate between Republican incumbent Donald Trump and Democratic nominee Joe Biden. Robins said more than 200,000 people joined the free-to-play pool for the debate on Sept. 29, in which participants prognosticated on events within the debate and word usage, among other things. Real money prizes were at stake.

“There were so many choices — will there be a handshake, elbow bump, who will mention Dr. Fauci first? There’s just so many things,” Robins said. “If you can create viewing experiences and create games that keep people involved, they’ll stay around for the whole event.”

Just a day away from the 1st Presidential Debate. Print out the pool prop sheet and follow your picks.

And don't forget to enter the FREE presidential debate pool for a share of $50K in prizes: https://t.co/hFMcWyLcvm pic.twitter.com/sSTFdQbsjq

Robins went on talk about how that engagement could move off mobile devices and into the physical world once COVID-19 is no longer a threat. He suggested that casinos and sportsbooks could host “big social gatherings around these events,” meaning sportsbooks could have events similar to those many host for the Super Bowl, March Madness and other marquee sporting events. In those cases, customers are often treated to special bets or odds at the sportsbook lounge, food-and-beverage specials, and other kinds of deals or entertainment. In addition, the events allow like-minded people to gather and participate in a central location.

“There’s no reason you have to watch the debate at home, you could do it in a setting like you guys have,” he said.

Besides noting the obvious interest in political betting, Robins said DraftKings learned that sports bettors are embracing eSports in a way they hadn’t prior to the pandemic. While eSports still trails the more traditional professional and college sports in terms of interest, there is plenty of room for growth in the category.

“We saw people who had been playing eSports and many other offerings continue to play those [even with the return of pro sports], so it seemed to be incremental,” Robins said. “We probably wouldn’t have pushed as hard on that alternate content … and we built an audience for them that is sticking now, even though traditional sports are back.

“ESports has been a huge story for us the last several months. The growth we saw there, it was tiny before, behind traditional sports. Now it’s our biggest. That’s a category that I think we were waiting to see explode. It’s a great product where people can watch the stream alongside playing the daily fantasy, so it’s a different feel … especially for people without cable, you can do it with an app.”

Quipped Rocha: “Counterstrike and elections have a lot of similarities, stabbing in the back, attacking, lobbing grenades (laughing). It just seems like the election was perfect.”

The webinar, which was one in a series titled “The New Normal,” brought key people and issues in gaming together to discuss trends and issues that affect both commercial and tribal casinos. During this webinar, the question of mobile/online sports betting came up.

Tribes around the country have been hesitant to offer statewide mobile gaming for fear of losing foot traffic in their retail locations, many of which are the main employers on reservations. Co-host Jason Giles, executive director of the National Indian Gaming Association, asked Robins if on-site mobile — which is offered by a handful of tribes — works as a segue into support for the ability to offer partner sportsbooks online, available statewide.

“If I were in the position that that was what was driving the life and welfare of my community, I would be careful about it, too,” Robins said. “So we get that. It’s just about education and getting comfortable. I deeply believe that this is an incremental opportunity. …  New Jersey brick and mortar casino revenue went up after launch of mobile sports betting. In Indian Country, if we do it the right way, it should add value, it should create more, and that’s really what it’s about.”

Robins said DraftKings has plans to use the retail sportsbook at the Bay Mills Resort and Casino as a “center point for events and promotions and things that we will do to bring people on the property. These are people who might not be going there otherwise, who might not be aware that there is even a casino in that part of the state.”

In Mississippi, at least one tribe is offering on-site mobile to its customers, meaning they can bet anywhere on a resort property — from a hotel room, restaurant, or the pool, as examples. Giles wondered if that kind of mobile is laying the groundwork for a future expansion.

“There is some value, but the real value is when you get people to bet off-property,” Robins said. “Hopefully, that leads to people saying they want to do it anywhere on the state, so even when they’re not on the property … we’re still making money off of them. The real power of mobile is that you can do it anywhere. On property, is really just scratching the surface.”