Is there anything more gross in 2021 than half-truthing -- or outright lying -- about your vaccine status? 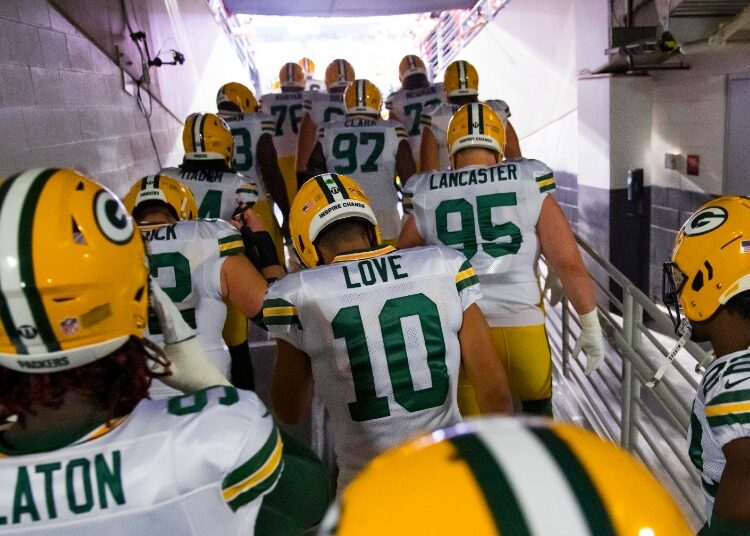 I don’t like liars. In fact, I loathe liars.

I understand that’s not exactly a hot take, but I can’t stress this enough: If you lie to me, and I find out, I will not forgive you. It’s really that simple. Not sure if this is a personality flaw or personality strength, but it is what it is.

Two stories jump to mind: Once, in college, I was crushing hard on a girl. A woman. Anyway, a close friend of mine was brought into my circle of trust on this issue, and when I later found out he put the moves on her — he struck out — he was forever banned from my circle of trust. I haven’t talked to him since 1994. (I also struck out, alas.)

Another quick one: I was maybe 13, 14 years old and my mom cooked hamburgers for dinner one night and they tasted like death on a stick. I complained, she told me to eat, I knew something was off. I got up, went to the garbage can, and discovered these were, in fact, turkey burgers. You have to understand: This was 1985 or so. Humanity was still a good 20 years away from perfecting the turkey burger. She lied to me. I barely spoke to her for two years. I still bring it up today.

OK, fine, maybe it’s a personality flaw. Whatever. I’m a Scorpio, so there’s the excuse.

Which brings me to Aaron Rodgers, who clearly lied — or, at best, half-truthed his way — about being vaccinated against COVID-19, has now contracted COVID-19, and has also probably torpedoed my team in my 2QB home league.

Normally, when a player is hurt or otherwise incapacitated, I am big enough of a human being to first silently hope they get better before silently cursing them for screwing up my team. But in this case? Go to hell, Rodgers.

Worth noting: I am typing this while literally — and I don’t use that word lightly — lying in bed. Got my booster some 24 hours earlier and woke up at 3 a.m. feeling like I got hit by a Mack truck. Actually, nudged by a Toyota Corolla, but you get the idea. I feel like crud.

Rodgers allegedly lied about his vaccination status (and believe me, that “allegedly” is just a quarter-century of journalism experience, not my actual belief), according to numerous reports and, as such, put countless people in danger who assumed he was vaccinated because he wasn’t following any of the protocols for unvaccinated players, at least in public.

So Aaron Rodgers was lying? pic.twitter.com/fo4AwDHZk3

I hope Jordan Love goes for 500 yards and five touchdowns this week and turns Rodgers into Wally Pipp. We don’t cotton to liars ‘round these parts.

After Week 7’s humdinger of a hit — I’ll remind you, in case you forgot: I nailed a +1987 parlay — last week we crashed back to earth, missing two legs, and missing them badly. I mean, I picked the Jaguars to win outright in Seattle. Hubris, be thy name.

This week? Smaller little parlay over at DraftKings. Gimme the Giants straight up for +130 against the visiting Raiders, the Panthers straight up at +155 at home against the Patriots, and I’m mashing the over 42 at -110 in the Saints-Falcons tilt. All told, it’s +1019.

The rationale: The Giants aren’t bad, aren’t good, have coaches that don’t know how to work headsets, and are just weird. The Raiders are good, but the team cannot be in a good overall mental space considering the Henry Ruggs tragedy on the heels of the Jon Gruden email disaster. Plus they’re traveling cross country for a 1 p.m. game. That’s tough. As for the Panthers? I’m giving this one the Christian McCaffrey bump, assuming he plays, willing to believe the team’s recent struggles stem from not having this superfreak in the backfield. As for the Saints-Falcons? Well, 42 is a low number, and Taysom Hill — if he plays — adds a wild-card element Jameis Winston didn’t bring. Big plays on both sides of the ball — hello, Cordarrelle Patterson — can bring this one safely over the over.

It's #NFLWeek9 and @jeffedelstein is back, albeit a bit dazed this week, for another round of takes and jokes.

Down to 3-5 on the no-doubt teaser, as my “pretty easy” legs last week busted — the Bucs getting a point in New Orleans and the Chargers getting a half-point at home against New England. U-g-l-y, I ain’t got no alibi.

This week, back to FanDuel where we seek to start climbing back to .500. And, as usual, this looks entirely too good on paper: The Bills giving 8.5 to the Jaguars, the Chiefs giving 1.5 to the Love-led Packers, and the Rams giving 1.5 to the Derrick Henry-less Titans. Your standard +140, favorites-only, rip your heart out teaser.

No joke: I am having my worst NFL DFS season to date. I need to change things up. Voodoo may be in order.

Yeah, remember like two seconds ago I was making fun of the “Jordan Love-led Packers?” Yeah, well I’m also expecting to have near 100% exposure to Jordan Love at $4.4K. What’s his actual floor? (Don’t answer that.) But as a tournament player, I’m way less concerned about his floor and much more excited about his ceiling. Against the Chiefs’ defense, with a strong supporting cast around him? The ceiling is high. I assume he’s going to be high-owned, but maybe he won’t. It’s a fickle community. I plan on being way over the field. It just unlocks everything else.

Another cheap-o I love is Albert Okwuegbunam at $2.6K with Noah Fant almost certainly out due to COVID. I really hate the “fantasy points allowed by position” metric, but the Cowboys rank 26th against tight ends. And outside of getting Gronk’d in week 1, they’ve faced a barrage of meh tight ends. Albert O. also has the “Q” next to his name, further depressing his ownership.

So angry at myself here. Picked the Lions getting 3.5 points at home. The freaking Lions. Only a real schmo would pick the Lions. Knocked me down to 5-3 on the year.

This week, let’s go to Monday night, where the Bears are getting six points in Pittsburgh. This game ticks off my main check box when looking for a trap game: How much do these teams want to push the ball? The answer, in this case, is they don’t. Hence, six points feels like way too many. And as of this writing, you can get the Bears +6 for even money at BetMGM and FOX Bet.

Down to 4-4 on these things, which means my mortal locks have resulted in death, but in an effort to get on up over .500, I present to you the … over 42 in that Falcons-Saints game. That’s too a low number for two teams with explosive playmakers, as stated earlier. Don’t @ me when it’s 3-3 at halftime.