Sportsbook will support Texas native’s charity as part of deal 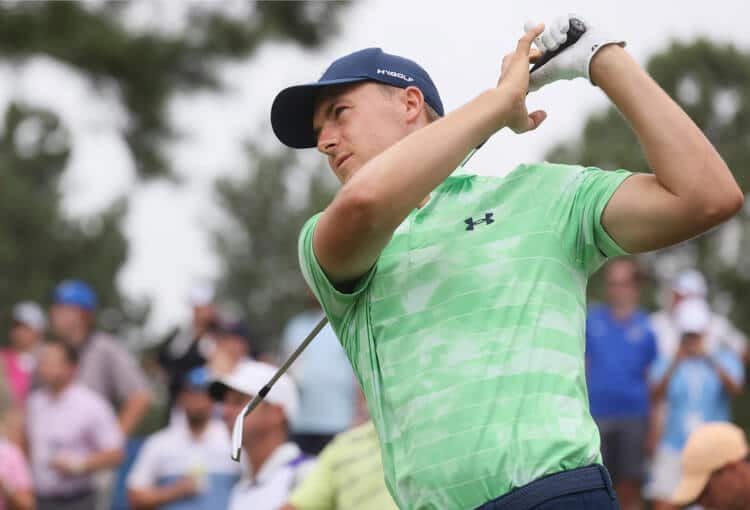 On Wednesday, FanDuel announced that it had inked pro golfer Jordan Spieth to a multi-year partnership that will include appearances by the Texas native in the sportsbook’s TV ads. FanDuel will also be the exclusive sports betting and daily fantasy provider for Spieth, who will, in turn, be the face of the sportsbook’s golf wagering products.

“As the world of legal sports betting grows rapidly in the U.S., I’m incredibly excited about what’s happening in the space and the potential it has to bring new fans to the sport of golf,” Spieth said in a press release. “As the PGA Tour and others in the golf world have strongly embraced legalized sports gaming, I look forward to working with FanDuel to find unique ways to engage the fast-growing fanbase.”

FanDuel Chief Marketing Officer Mike Raffensperger added, “As one of the most universally admired golfers at the top of his game, Jordan Spieth is a perfect fit for our first official golf partner and the face of golf at FanDuel.”

.@FanDuel and @FDSportsbook has a new brand rep in @JordanSpieth.

"Spieth to be the Face of FanDuel’s Sportsbook and Daily Fantasy Sports Golf Products" announced today in release.

The 3x major champ will be featured in national TV commercials and will promote on social media. pic.twitter.com/UdcwvZOBaj

Spieth took the pro tour by storm at the age of 19 when he became the youngest golfer to win a PGA tournament in 82 years at the John Deere Classic. He quickly went on to win three majors, including the 2017 British Open, before he suffered a nearly four-year drought — which he broke by winning the Valero Texas Open near San Antonio this past April.

The 28-year-old Spieth, who was born in Dallas and still lives there, has won one other time in Texas — at the 2016 Dean & DeLuca Invitational in Forth Worth — and is incredibly popular in the Lone Star State, where his charity, the Jordan Spieth Family Foundation, does most of its work.

If and when Texas legalizes sports betting (sports betting cannot be legalized in Texas until 2023 at the earliest, since the state legislature only meets in odd-numbered years), it will be among the nation’s biggest markets — which could explain why some sportsbooks are aligning themselves with athletes and teams with Texas ties. To wit, FanDuel has partnerships with former Houston Rockets — and Inside the NBA broadcast partners — Charles Barkley and Kenny Smith, while DraftKings recently bought Golden Nugget Online Gaming from Rockets owner Tilman Fertitta.

The GNOG deal includes a commercial agreement with Fertitta Entertainment Inc. that, according to a press release, will make DraftKings “the exclusive daily fantasy sports, sports betting, and iGaming partner of the Houston Rockets and intends to open a sportsbook at the Toyota Center, pending state legalization and regulatory approvals.”

When those approvals will come is anyone’s guess at the moment, but rest assured DraftKings, FanDuel, and some of their rivals will have plenty of ammo in the Alamo when it’s time to wager.