Analysis Of Josh Shaw’s Ban: Is Transparency Required From Leagues When Releasing Details On Betting Investigations?

Leagues can stay close to the vest on gambling investigations, but should the public demand transparency? 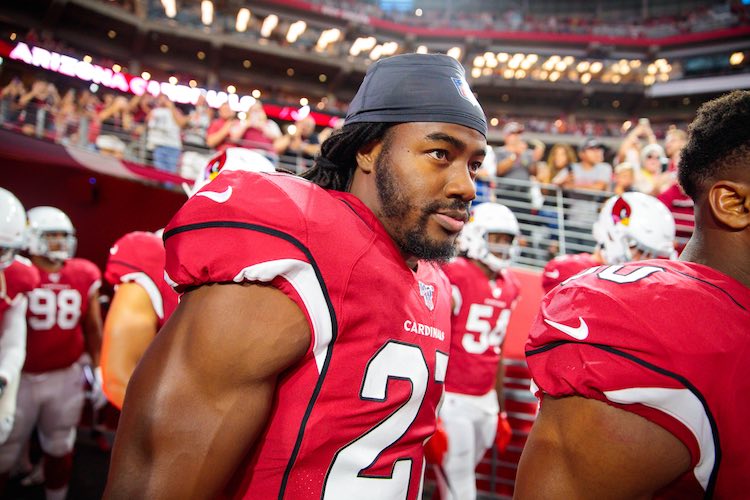 Last week on Black Friday, one of the slowest news days of the year, the NFL announced the suspension of an active player for gambling for the first time in more than two decades.

The NFL’s suspension of Arizona Cardinals defensive back Josh Shaw for betting on multiple NFL contests this season represents the first time a major U.S. professional sports league has banned a player for a gambling-related offense since the repeal of PASPA in May 2018. Shaw, a fifth-year defensive back from USC, is suspended by the NFL through at least the entirety of the 2020-2021 NFL season.

An NFL investigation uncovered no evidence indicating any inside information was used or that any game was compromised in any way, the league said in a statement. Furthermore, the NFL found no evidence to suggest there was awareness of Shaw’s betting activity by his teammates, coaches or other players in the Cardinals organization, the league added.

NFL suspends Cardinals defensive back through at least 2020 season for betting on NFL games on multiple occasions. https://t.co/Df6LK9D9pL

After being placed on injured reserve with a shoulder injury on Aug. 25, Shaw has reportedly remained away from the Cardinals’ team facility.

“The continued success of the NFL depends directly on each of us doing everything necessary to safeguard the integrity of the game and the reputations of all who participate in the league,” NFL Commissioner Roger Goodell said in a statement. “At the core of this responsibility is the longstanding principle that betting on NFL games, or on any element of a game, puts at risk the integrity of the game, damages public confidence in the NFL, and is forbidden under all circumstances. If you work in the NFL in any capacity, you may not bet on NFL football.”

A Cardinals spokesman did not respond to a request for comment.

At the moment, it is unclear if the incident will compel the NFL or other leagues to introduce enhanced protocols to deter players from gambling on their respective sports.

The suspension of Shaw immediately conjures memories of the saga of former Colts quarterback Art Schlichter in the 1980s. In many ways, Schlichter’s demise serves as a cautionary tale on the pitfalls of sports gambling.

Schlichter, the No. 4 overall pick in the 1982 NFL Draft, reportedly lost all of his $350,000 signing bonus over the first two months of his rookie season. Schlichter continued to bet heavily on sports throughout the 1983 offseason, losing $159,000 in wagers over a single week, according to federal court documents obtained by the New York Times. Over the span of a year, Schlichter dropped nearly $400,000 while betting on basketball alone. Although Schlichter repaid $230,000 of his debts to illegal bookies, according to the Times, he began cooperating with the FBI due to fears that the bookies would inform the Colts of his activities.

Suspended by the league weeks later, Schlichter appeared in only 13 games over a disappointing three-year NFL career. Schlichter later spent time in the Arena Football League and the CFL, but has struggled throughout his life with a gambling addiction. In September 2011, Schlichter pleaded guilty to several charges for engaging in a series of corrupt activities stemming from a failed Super Bowl ticketing scheme. Schlichter is expected to be released from federal prison next October.

Shaw, meanwhile, entered the NFL with considerably less fanfare and has failed to distinguish himself over his short time in the league. In three seasons with the Bengals, Shaw recorded 115 tackles over 14 starts. Shaw appeared in four games each with the Chiefs and Bucs in 2018, before signing a one-year, $895,000 deal with the Cardinals.

In five seasons combined, Shaw has earned $3.24 mm in base salary and another $588,724 in bonuses, according to Spotrac.com. Based on its 2019 financial rankings, Spotrac pegged Shaw’s cap hit as 48th among free safeties across the league and 61st on the Cardinals’ roster. When analyzing the league as a whole, the cap hit for Shaw ranked 1,733rd overall.

“If this was Aaron Rodgers instead of some no-name dude on IR, no one would hear a thing about it,” said Greg Wolfe, co-founder of TheWolfLine.com, a prominent quantitative sports trading analytics website.

The NFL also suspended former Ravens’ rookie reserve quarterback Jon Stark in 1996 while the league conducted an investigation into his possible violation of NFL rules on gambling. Stark, a seventh-round pick from Trinity International College, never took a regular-season snap in the NFL.

Betting against the Cards

If anything, Shaw cannot use ignorance as a defense. Following the Supreme Court’s historic sports betting decision, the NFL trained 10,000 individuals, including players, coaches, game officials, and team and league staff members on its longstanding gambling policy, according to Jocelyn Moore, an executive vice president of communications and public affairs at the NFL. Moore detailed the policy in prepared remarks to a U.S. House of Representatives subcommittee before her appearance last September at a closely-watched hearing on sports gambling.

NFL reminded teams of the rules against gambling, and the consequences that come with it, shortly before it announced the Josh Shaw suspension, per sources.https://t.co/TdfBRQxB3Q

While on a trip with several friends, Shaw reportedly made a wager at a Caesars sportsbook in Las Vegas, ESPN’s David Purdum reported. On Nov. 10, Shaw placed a three-team parlay on the second halves of three Week 10 games according to Purdum’s report. The parlay included a second-half wager on the Bucs at minus-1 over the Cardinals. Leading 17-13 at the half, Tampa Bay prevailed 30-27.

From all accounts, Shaw also made little effort to conceal his status as an NFL player. According to ESPN, Shaw listed his employment as a professional football player when applying for an account at the Caesars’ property.

A voice message left with Shaw’s agent Zeke Sandhu was not returned.

As a private entity, the NFL is under no obligation to publicly disclose the games in question. By the same token, the league is not obligated to inform the public whether Shaw bet against the Cardinals. In a twist of irony, Shaw began his career in Cincinnati, a city that has received a courtside view on the perils of sports gambling thanks to Pete Rose. Given the seemingly interminable calls for maintaining integrity in professional sports during the expansion of legalized sports betting, the league could have been more transparent in releasing additional details related to Shaw’s betting activity. But again, the NFL has every right to remain close to the vest.

Shaw may petition for reinstatement on or after Feb. 15, 2021.  Pursuant to the NFL-NFLPA Collective Bargaining Agreement, he may appeal by filing notice within three days of the suspension.