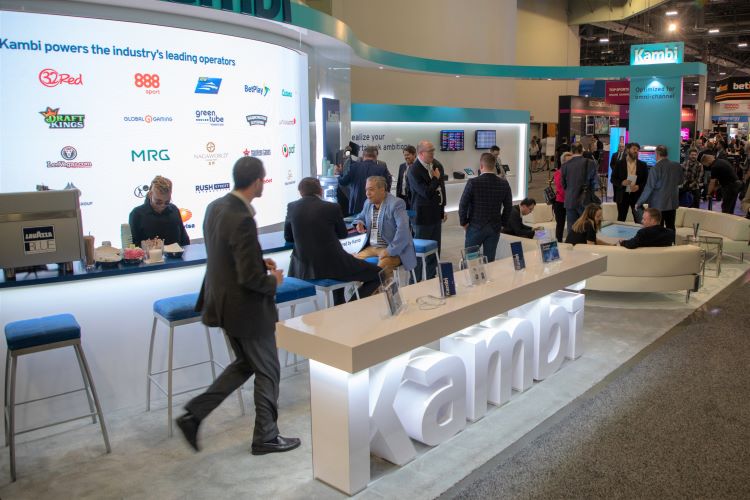 When the NFL kicks off the 2021 regular season in September, there is a strong likelihood that DraftKings will be completing the finishing touches on a transition to its in-house, back-end technology platform powered by SBTech.

The migration to the proprietary sports betting platform has been meticulous, hatched nearly 12 months ago when DraftKings completed a unique tri-merger with SBTech and Diamond Eagle Acquisition Corp. (DEAC), a special-purpose acquisition company. With the completion of the business combination, DraftKings became the first vertically integrated, pure-play sports betting and online gaming company based in the U.S. with complete control of its back-end technology and trading platform.

While Kambi has prepared for the transition for months, the impending loss of the DraftKings contract is still a tough pill to swallow. Kambi initially partnered with DraftKings in June 2018, one month after the Supreme Court’s historic PASPA decision, before signing an extension a year later that covered trading and risk managing services in eight new states. DraftKings, which has emerged as one of the top sportsbook operators in the U.S. in terms of overall market share, now has a market capitalization above $25 billion as the one-year anniversary of its public debut nears.

“I am very confident we will balance this out,” Kambi CEO Kristian Nylen said March 15 during the company’s Festival of Sportsbook press conference.

On Friday, Kambi released its 2020 Annual Report, summarizing company activities in a year when the U.S. sports betting industry posted record numbers, fueled by the pent-up demand for live sports following a lengthy global sports freeze brought about by the COVID-19 pandemic. Despite the pandemic, Kambi produced relatively strong results last year when the company signed contracts with four new partners, while increasing annual revenues by 28%. Kambi’s U.S. partners launched 11 online sportsbooks, while adding 28 new properties on the retail side.

A glossy cover page on the annual report includes a player cradling a football under a bold headline that reads: “Emerging Stronger.” While the headline ostensibly makes reference to the global pandemic, Kambi will likely face a challenging period when its agreement with DraftKings ends in September. Last July, the two companies came to terms on a mutual agreement in regards to DraftKings’ migration to its proprietary technology from Kambi’s sportsbook platform. While the partnership will not end before Sept. 30, DraftKings, under the agreement, is allowed to leverage its proprietary technology, in full or part, prior to that date.

Kambi devoted a section in the annual report to industry-related risk factors, cautioning that a dependency on key operators could weigh on its bottom line. Previously, Nylen indicated last year in the 2019 Annual Report that the prospect of a supplier (SBTech) “being absorbed by a large operator will enhance the appeal of Kambi moving forward.”

A significant proportion of Kambi’s revenue is currently generated from a few large operators, although this risk continues to decrease as our customer portfolio expands. The loss of business with any, or some of these, could have an adverse effect on our business.

Despite the loss of the DraftKings contract, Kambi still has a feather in its cap. One reason Kambi may be well-positioned for the continued expansion of the U.S. sports betting market stems from its relationship with Barstool Sportsbook through Penn National Gaming. Only two summers ago, Penn National made waves across the industry with a comprehensive market-access agreement, involving four sportsbook operators and more than a dozen states. At the time, Nylen called Penn National an “ideal partner,” particularly in its shared vision and passion for the sports betting industry.

As it turned out, Kambi played an integral role in the multi-channel partnership. Kambi’s suite of open APIs (Application Programming Interface) enables sportsbook partners to build their own front-end technology and apps as a layer on top of Kambi’s technology. The APIs, in laymen’s terms, serve as a conduit that allow communications between two apps. When a person checks a 10-day weather forecast on a smartphone, he or she typically uses APIs during the search. For sports betting, Kambi’s open APIs give sportsbook partners the flexibility to tailor their products to distinct markets and customers.

Although a number of operators are already well established, Barstool Sportsbook is only online in three states, said Kevin Cunningham, a Philadelphia-based competitive intelligence analyst for Kambi. As a result, Barstool has a considerable “opportunity ahead of them,” Cunningham noted in a separate Kambi presentation last week, while others may have less room for growth.

Portnoy celebrates, but it depends how things play out in Albany.

In taking a long-term view of the U.S. market, Cunningham appears bullish. According to estimates from gaming firm Eilers & Krejcik that Cunningham cited during his presentation, 37 states are projected to offer legal sports betting by 2023, with online sports wagering available in 29.

“Those numbers are only going to keep growing,” Cunningham said. “The success that we’re seeing early on here — it bodes well for the future years to come.”

Even with the loss of DraftKings, Kambi still maintains a strong presence in states like Pennsylvania where the company has partnerships with Parx Casino, Mohegan Sun Pocono, two off-track betting facilities, and two Rivers brand casinos, among others. Kambi also signed a multi-year agreement with Churchill Downs Inc. last August in a deal that covers sports betting operations in at least four states.

Kambi still believes that it remains well-positioned in the U.S., as its operators last year saw a collective GGR of over $500 million in the U.S., Cunningham said in the presentation. The figures translated to a market share of 42% in states where Kambi maintained a presence, along with a market share of 33% across the entire U.S. market.

Kambi will hold the company’s annual general meeting on May 11.

“Our commitment to commercial expansion through new partnerships remains as strong as ever,” Nylen wrote in the annual report. “The coming 12 months offer a rich sporting calendar, and although obvious caveats apply, the overall outlook is a positive one.”