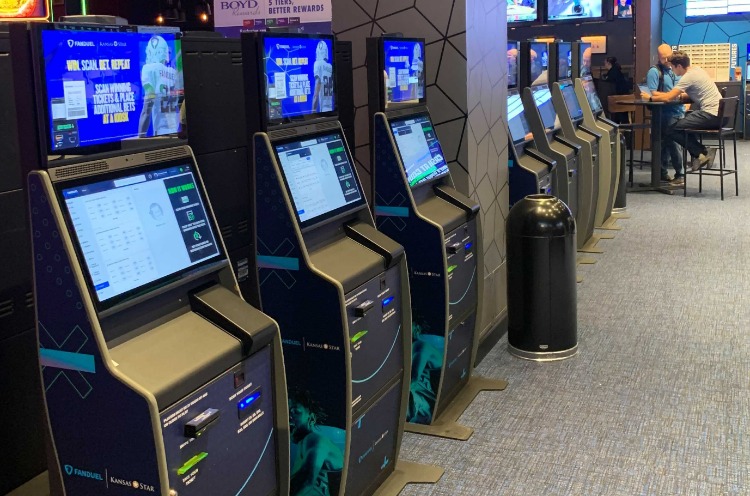 When six digital operators and two retail sportsbooks went live in Kansas Sept. 1 there were few issues … unless you live in Missouri. According to geofencing company GeoComply, 16,000 would-be wagerers on the wrong side of the border were denied the chance to bet.

Kansas legalized wagering in May, while Missouri lawmakers closed a fifth consecutive session without coming to a consensus on the issue.

And while Missouri lawmakers continue to argue among themselves, they do agree on sharing a distaste for their neighbor to the west.

“I generally hate the state of Kansas in every way, shape, and form,” Missouri lawmaker Caleb Rowden told FOX 4 News after the Kansas launch. “So to see them do something better than us, I don’t love.”

While Missourians look on, Kansans can use mobile devices to bet with Barstool Sportsbook, BetMGM, Caesars Sportsbook, DraftKings, FanDuel, and PointsBet. The state’s new law will allow for up to 12 digital platforms, and FOX Bet, Bally Bet, and Golden Nugget all have market access but have not been approved to go live.

The barbs went back and forth over state lines during the legislative sessions earlier this year. For example, Kansas lawmaker Stephanie Clayton said, “As a Kansas legislator I am excited, because it’s my understanding that the Missouri Senate is holding up their sports wagering bill. So if we can get our senators to just get in line with this, I know our governor will sign it as soon as it comes to her.”

A LIVE look at the Missouri Legislature as #Kansas officially moves ahead with legalized sports betting with the Governor's signature. #moleg pic.twitter.com/3tf4twpZcQ

But here we are in September, and Kansas not only has live sports betting, but according to the Kansas Lottery, the soft launch went off with barely a hiccup. Thursday marks the date noted as the “full launch,” and FanDuel officially christened its Kansas Star Casino sportsbook at 10 a.m. CT with a ceremonial first bet from Jordy Nelson. Little else should change on the wagering landscape. The facility began taking bets Sept. 1, but FanDuel opted to wait until Sept. 8 to have its festivities.

Thursday morning, Nelson wagered $20 on Kansas State (+1200) to win the Big 12 Conference in college football. The new 2,100-square-foot book has four betting windows, 20 betting kiosks, and 28 HD televisions. It can seat up to 40.

“The soft launch was a time for players to become familiar with sports betting and for the operators to be able to make sure that all of their systems … were working properly,” Lottery Director Stephen Durrell said at a meeting Wednesday. “With the full launch, hopefully, we’ll see very little change, and knock on wood, so far it’s been very successful.”

Durrell said the only “hiccup” was a miscommunication with a financial company that did not realize operators in Kansas were going live last week and denied some transactions in the early going.

Durrell didn’t share any revenue information at Wednesday’s meeting, but did say that the West Virginia-Pittsburgh game — the first one available for those in Kansas to bet on Sept. 1 — got the most action, which mirrors what FanDuel shared earlier in the week.

Durrell said that in the first five days, Kansas State and Kansas were the most wagered on teams, and that the Kansas City Chiefs hadn’t broken the top five, though that is likely about to change. The Buffalo Bills at Los Angeles Rams game officially kicks off the NFL season on Thursday Night Football, and the Chiefs open Sunday at the Arizona Cardinals.

A look at the retail landscape

During last week’s soft launch, Barstool Sportsbook was the only other brick-and-mortar location to open. Gov. Laura Kelly gave a speech and made the ceremonial first bet at the Hollywood Casino at Kansas Speedway. The sportsbook there features what is so far the only patio overlooking a NASCAR track anywhere in the U.S.

There will be two other retail sportsbooks in the state — Boot Hill Casino has plans to open its DraftKings-branded location in October, while Caesars Sportsbook will have a location at the Kansas Crossing Casino but has not announced plans for when it will open.

Through the first weekend of wagering, FanDuel shared some data that shows that college football was the most popular sport bet by digital customers, followed by baseball, tennis, and soccer. On the first day of wagering, the West Virginia-Pittsburgh, Penn State-Purdue, and Central Michigan-Oklahoma State games were the most popular games wagered on, followed by the Kansas City Royals at the Chicago White Sox.