While legislative leadership views legal wagering as a priority, lawmakers must be educated 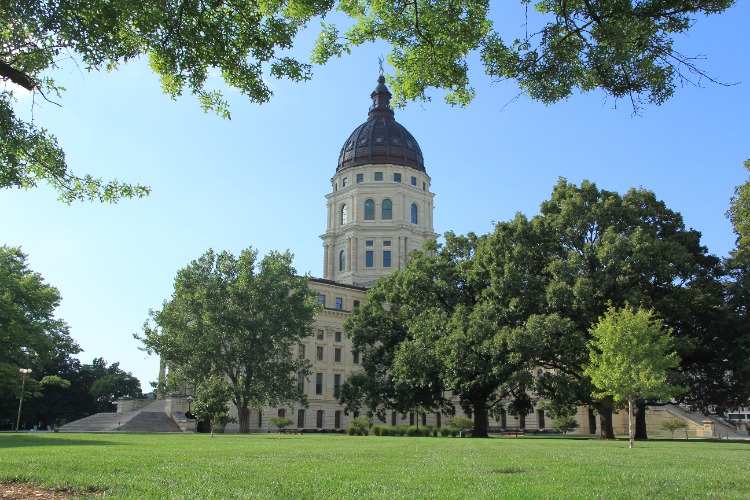 Kansas lawmakers on Wednesday revived the process of considering legal sports betting. And while the informational hearing was well attended (or watched) by stakeholders, many of whom are hopeful the state will legalize, it was clear early on that lawmakers on the Senate Federal and State Affairs Committee will need some schooling before bills can move forward.

That said, Sen. Robert Olson, vice chairman of the State and Federal Affairs Committee, said legalizing statewide mobile betting apps is at the top of his brain.

“We have to try to figure out how to get this over the finish line,” he said after staff presentations about sports wagering. “I’d like to see if we can come up with a compromise … fix this thing and maybe do a little magic.

“We’re missing out on a nice chunk of money.”

So far, only two of Kansas’ border states, Colorado and Nebraska, have legalized sports wagering, though it’s not yet live in Nebraska. Meanwhile, Missouri lawmakers have filed multiple sports betting bills and professional sports teams there are trying to get a referendum legalizing wagering onto the November ballot.

As for Kansas, after a committee staffer gave a comprehensive overview of a bill, committee members asked questions that included wondering if bettors from Missouri would be able to use Kansas platforms in Kansas, how it’s possible to verify a person’s age or location online, and “how I get my mobile phone activated at a casino” to wager — showing that committee members and lawmakers at large will need a solid education before legislation can move forward.

No matter what, lottery in charge

In Kansas, no matter what lawmakers decide, the setup would be slightly different than in most states, as the Kansas constitution requires that all gaming be “owned” by the state. In practice, that would mean that the Kansas Lottery would be the regulator and that licensees would be “sportsbook managers.” Because of this, sports betting gross gaming revenue would not be taxed, per se, but the two bills in play do allow for a certain percentage of GGR to be “retained” by the state.

Will this be the year medical marijuana becomes legal in Kansas? How about sports betting? Maybe, but a better bet is that lawmakers will get rid of the sales tax on groceries, local lawmakers told an @Lawrence Chamber crowd on Friday. https://t.co/C0frEIDt2a

Lawmakers still have much work to do. The two bills that were held over from last session both allow for statewide mobile wagering with operators tethered to existing gaming locations, including casinos and horse racetracks. The Senate bill would also allow for Kansas Speedway to become a sports betting manager, while the House bill appears to allow for Kansas Raceway and Major League Soccer’s Sporting KC to be licensed.

Both bills prohibit wagering on greyhound racing. The Senate bill appears to allow for wagering on horse racing, while the House bill specifically prohibits betting on the sports, which is currently governed by parimutuel entities. The legal age for wagering would be set at 21 in both bills.

Some key differences between the two bills are as follows: